Countdown to the Women's World Cup: 7 days to go

Seven days separates us from the first kick of the FIFA Women's World Cup France 2019™ at Parc des Princes in Paris, with the excitement mounting with every passing day.

The opening fixture will see hosts France take on Korea Republic at 9.00pm local time a week today (7 June; 5.00am, 8 June, AEST), with the Westfield Matildas in action for the first time when they face Italy in Valenciennes on Sunday 9 June at 1.00pm local time (9.00pm AEST).

www.matildas.com.au is running a series of features counting down the days until the Westfield Matildas begin their World Cup journey, continuing today with No.7... 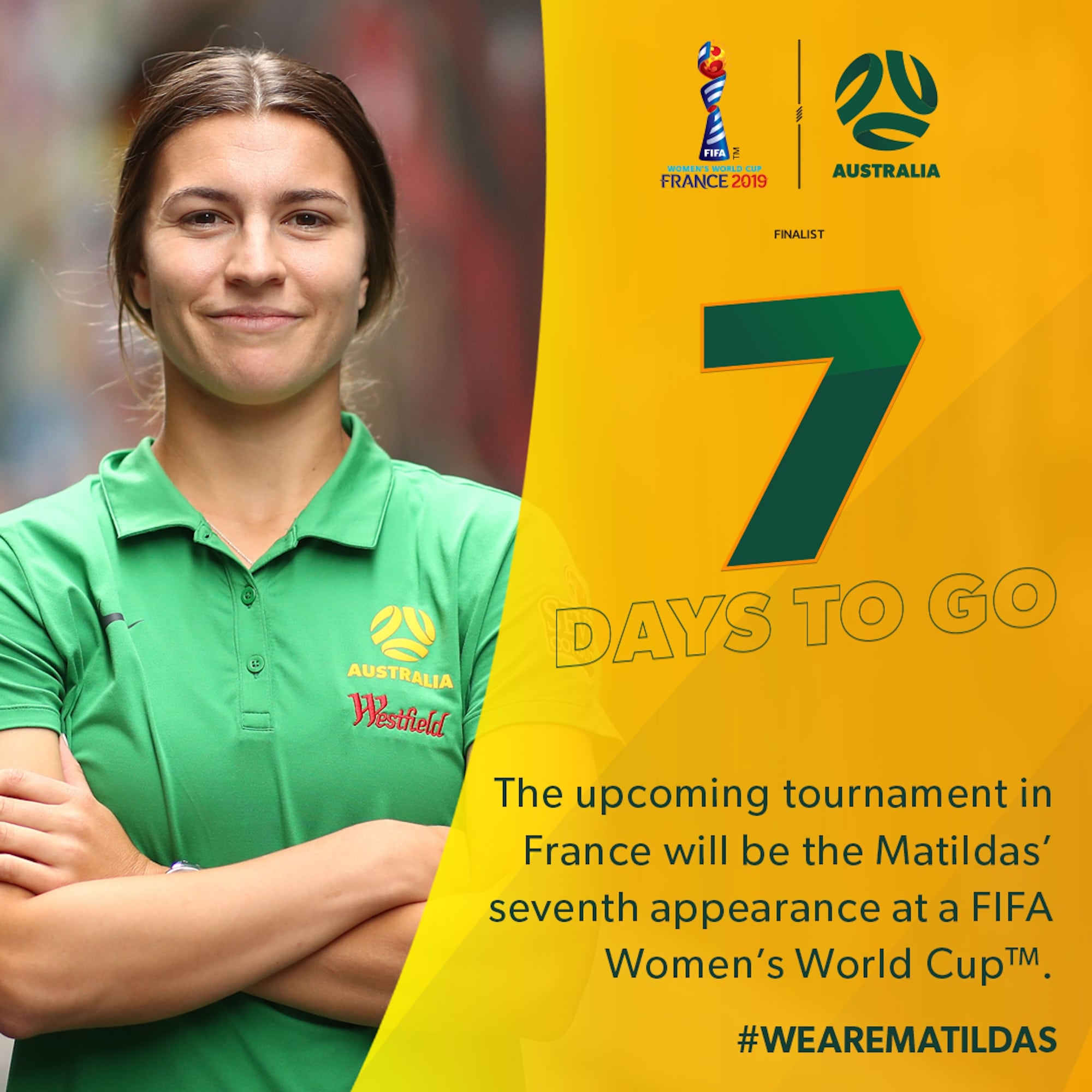 June 6 will mark 24 years and three days from when journey all began for the Westfield Matildas.

On that day in 1995, Tom Sermanni's team lost to Denmark in what was their first ever appearance at a FIFA Women's World Cup.

That would begin an era of upward trajectory for women's football in Australia, so much so that the Westfield Matildas are about to take part in their seventh consecutive global showpiece.

From humble beginnings, the Westfield Matildas have established themselves as a force to be reckoned with.

In the past three World Cups, the Green and Gold have reached the quarter-final stage, winning five matches along the way and scoring 20 goals in the process.

During that time, Lisa De Vanna and Lydia Williams have established themselves on the world stage – along with the equally dependable Clare Polkinghorne, France 2019 will be their fourth World Cup finals campaign.

The likes of Sam Kerr (25) and Caitlin Foord (24) are gearing up for their third appearance at the tournament, while first-time youngsters like Ellie Carpenter (19) and Mary Fowler (16) show the future is just as bright.