Countdown to the Women's World Cup: 24 days to go

The countdown continues, as the World Cup moves ever more sharply into focus. The FIFA Women's World Cup France 2019™ is almost with us, with just 24 days to go until the tournament kicks off at Parc des Princes in Paris.

www.matildas.com.au is running a series of features counting down the days until the Westfield Matildas begin their French adventure, continuing today with No.24... 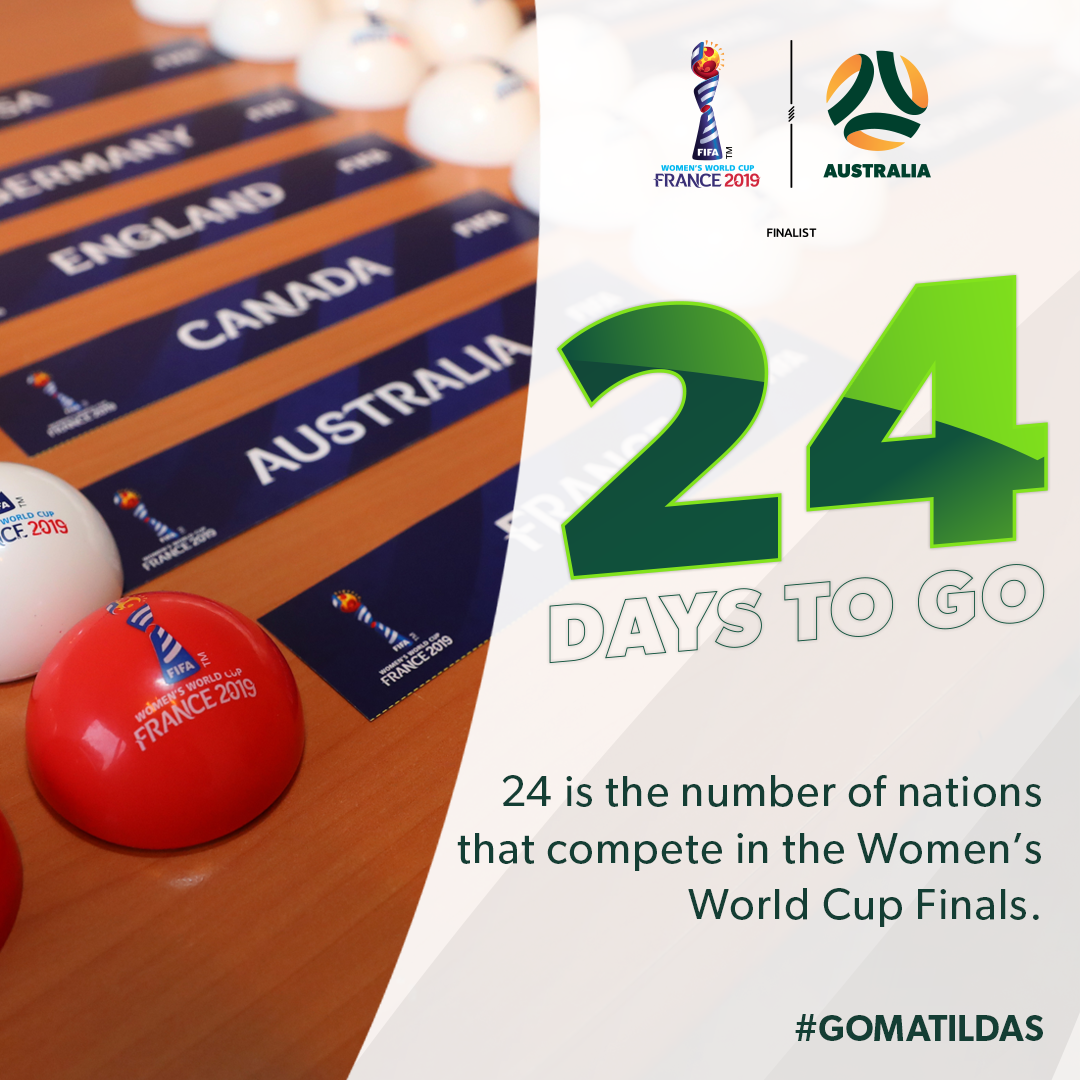 Twenty-four nations are finalising their plans for the upcoming tournament in France, with the first phase of competition bringing together six groups of four teams each.

The groups, and teams, break down as follows:

The six group winners, six runners-up and the four third-placed teams with the best record will progress to the knockout stages, which begin on Saturday 22 June in Nice. The final is scheduled for Sunday 7 July in Lyon.