Countdown to the Women's World Cup: 10 days to go

Get excited. The FIFA Women's World Cup France 2019™ is almost with us, with just 10 days to go until the tournament kicks off at Parc des Princes in Paris.

www.matildas.com.au is running a series of features counting down the days until the Westfield Matildas begin their seventh World Cup challenge, continuing today with No.10... 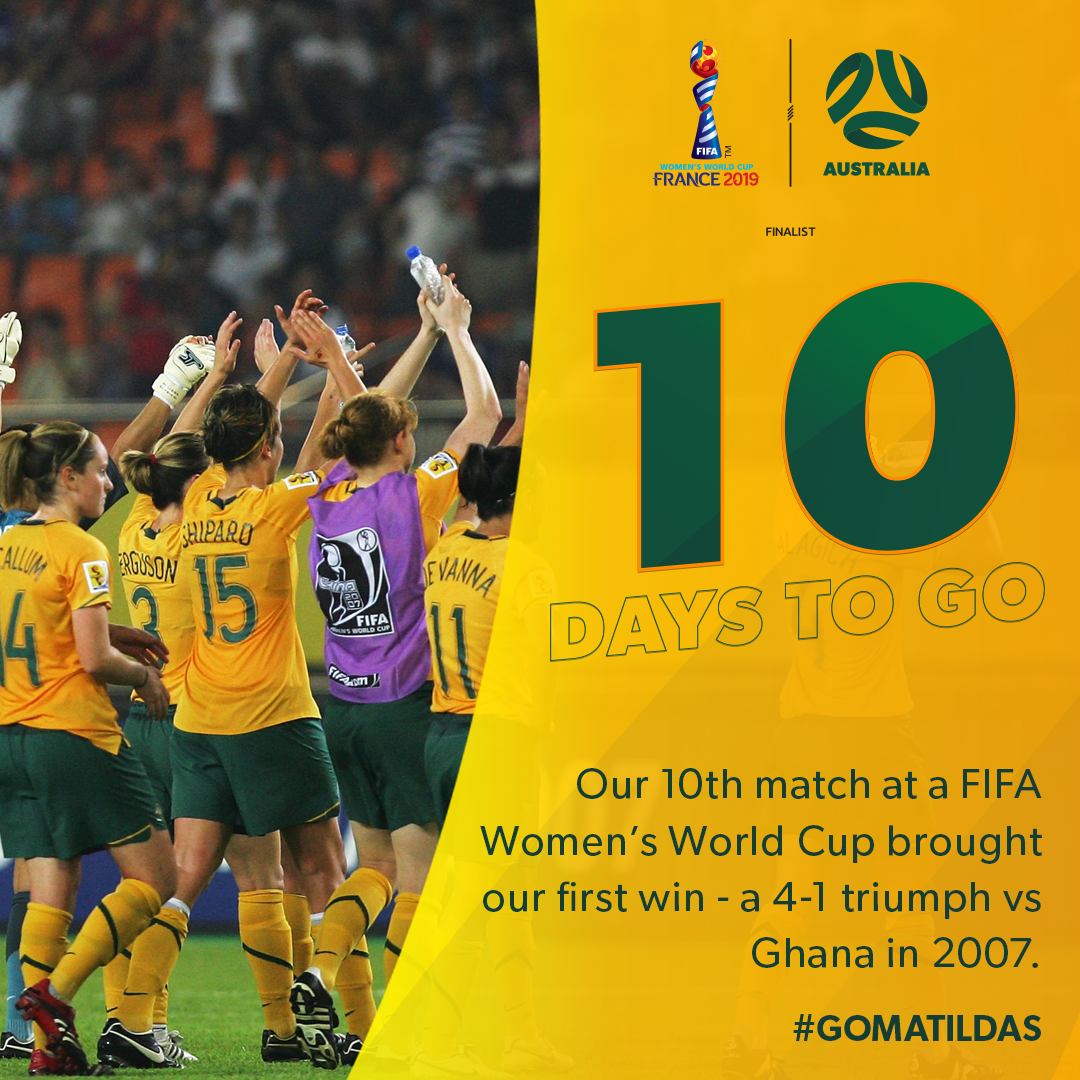 The step up from playing continental football to competing on the global stage meant that – despite going close – by the time the 2007 Women's World Cup came around the Westfield Matildas had gone three tournaments without recording a victory.

At the 1995 World Cup in Sweden, new girls Australia were offered some tough lessons about life at the elite level and four years later, in the USA, they showed they had learned them by earning their first point in the competition with a hard-fought 1-1 draw against Ghana in their opening Group D clash.

By the time 2003 came around, the Westfield Matildas were beginning to establish themselves at this level, earning a draw with a powerful China team but failing to progress past the group stage once more.

The red-letter day came on September 12, 2007, at the Yellow Dragon Stadium in Huangzhou, China, when – at the 10th attempt – Australia's women recorded a historic first win at the World Cup.

Sarah Walsh, Lisa De Vanna (two) and Heather Garriock were on the scoresheet as Ghana were put to the sword 4-1 in Group C in a tournament where the Westfield Matildas reached the knockout stages for the first time – going all the way to the quarter-finals before losing 3-2 to Brazil.