Countdown to the Women's World Cup: 16 days to go

It's time to get excited. The FIFA Women's World Cup France 2019™ is almost with us, with just 16 days to go until the action gets underway at Parc des Princes in Paris.

www.matildas.com.au is running a series of features counting down the days until the Westfield Matildas make their play for the trophy, continuing today with No.16... 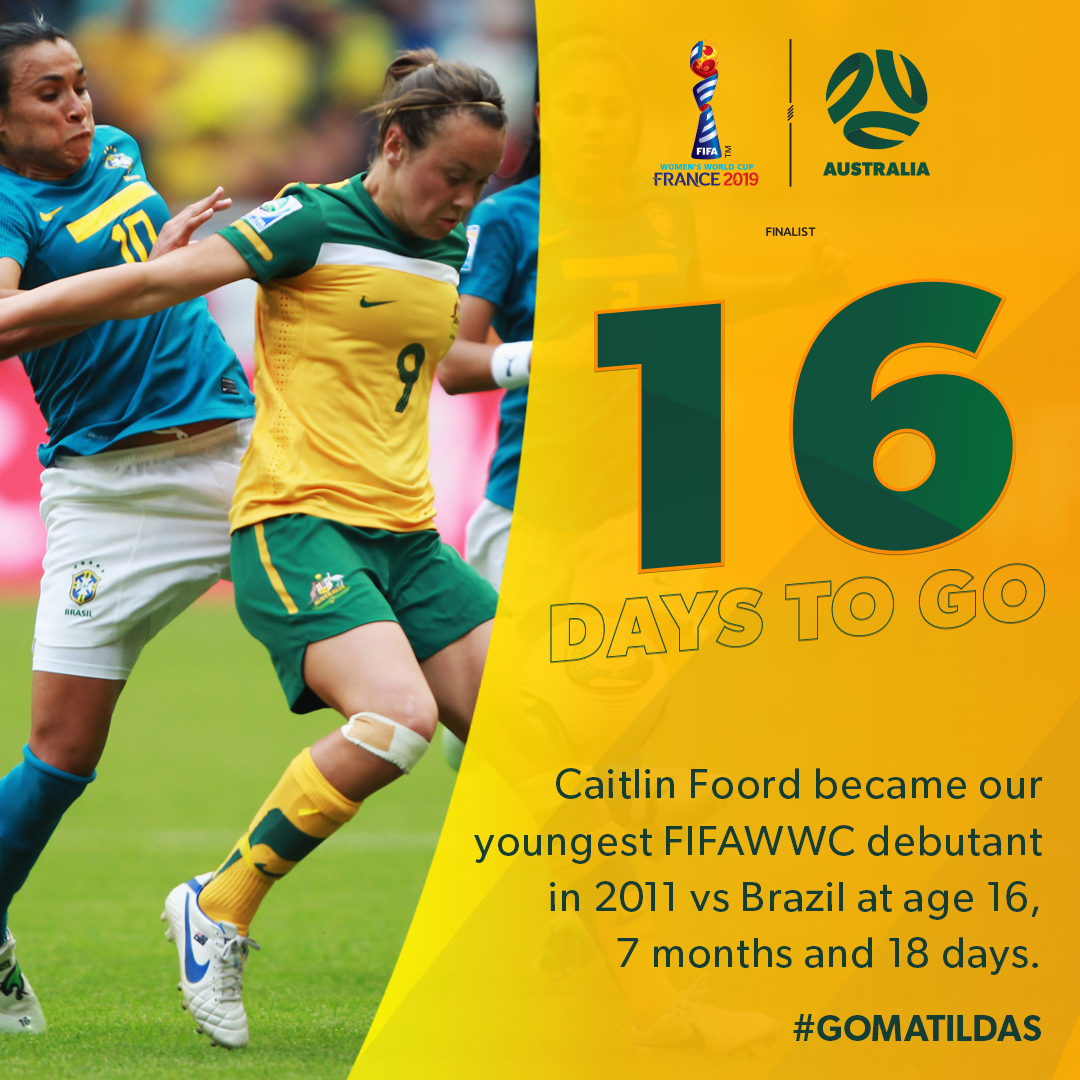 ELLIE CARPENTER: Watch my Westfield Matildas Story
AUSSIES ABROAD: Kerr and Foord score in the NWSL
GET KITTED OUT: All you need to know about the Westfield Matildas new Nike shirts
COMING NEXT: Australia re-affirms bid to host FIFA Women's World Cup 2023

At an age when most young people are studying hard for their high-school exams, Caitlin Foord was busy brushing up on knowledge of a different sort.

The Sydney FC player was just 16 years, seven months and 18 days old when she began her elite football education as right-back for the Westfield Matildas against Brazil in their opening Group D match of the 2011 FIFA Women's World Cup in Germany.

In the process, she became the youngest Australian – male or female – to represent the country at a senior FIFA World Cup.

Her revision notes would have included 'stop the world's No.1', as she came up against Brazilian left-winger Marta, who had been voted FIFA's World Player of the Year for five years running leading up to the tournament.

She clearly passed her test with flying colours. Eight years and 71 caps later – and now a dynamic forward player herself, with 16 goals to her credit in the green and gold – Foord will take part in her third FIFA Women's World Cup when she takes the field in France next month.