Countdown to the Women's World Cup: 21 days to go

The squad has been announced, and it's exactly three weeks until the big kick-off. The FIFA Women's World Cup France 2019™ is almost with us, with just 21 days to go until the action gets underway at Parc des Princes in Paris.

www.matildas.com.au is running a series of features counting down the days until the Westfield Matildas begin their journey at their seventh successive World Cup, continuing today with No.21... 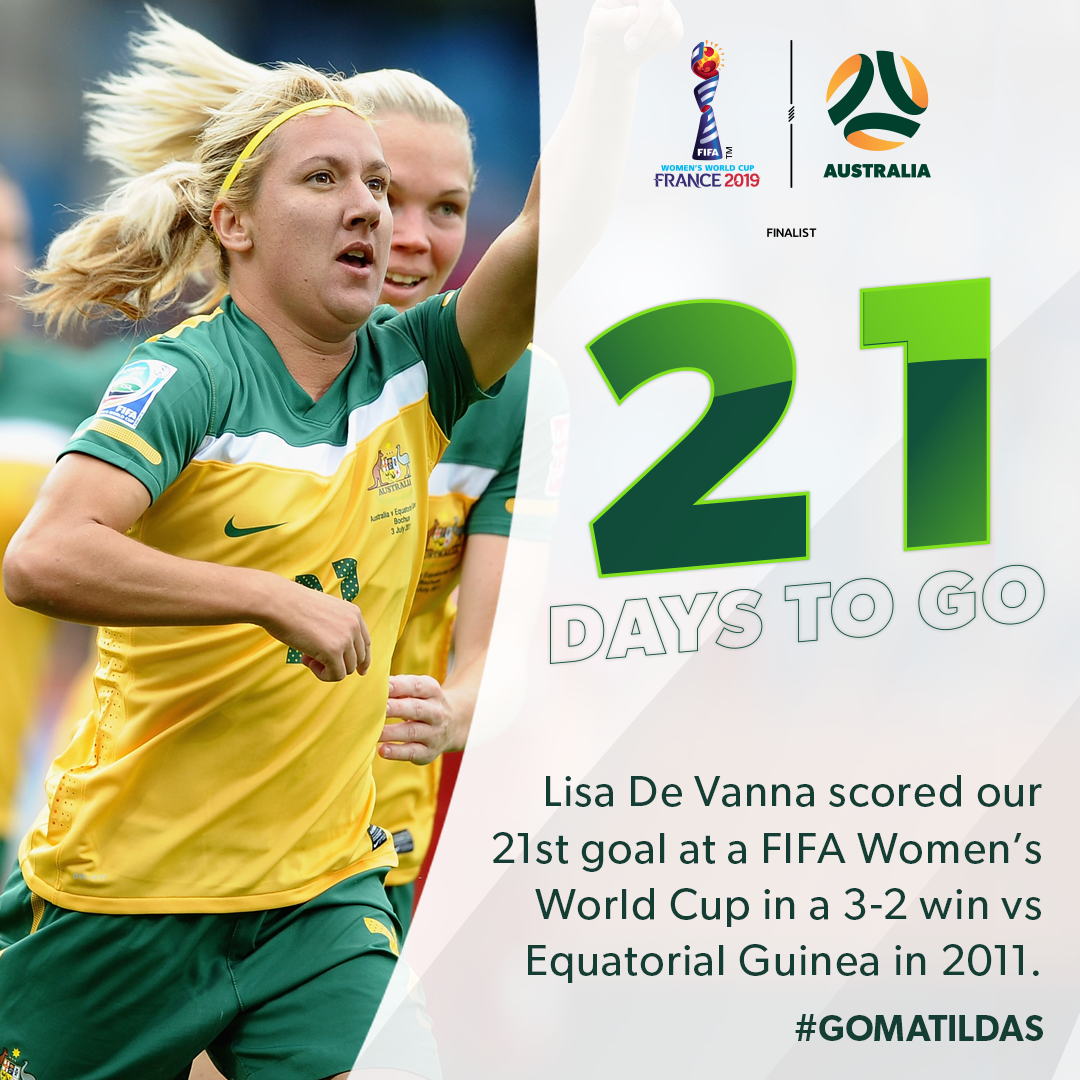 Lisa De Vanna is the Westfield Matildas' all-time leading World Cup goalscorer, with seven already to her credit as she looks forward to her fourth tournament in the green and gold.

She brought up her country's 21st goal on the biggest stage when she scored against Equatorial Guinea in Australia's second game in Group D at the 2011 FIFA Women's World Cup in Germany.

De Vanna latched on to a long ball after 51 minutes and steered a left-footed shot past goalkeeper Mirian to put the Westfield Matildas 3-1 up in a match they eventually won 3-2.

A 2-1 victory over Norway in the final group game followed, before Australia went out at the quarter-final stage to eventual third-place finishers Sweden.