Countdown to the Women's World Cup: 23 days to go

The squad has been announced, and the big day draws ever closer. The FIFA Women's World Cup France 2019™ is almost with us, with just 23 days to go until the tournament kicks off at Parc des Princes in Paris.

www.matildas.com.au is running a series of features counting down the days until the Westfield Matildas begin their quest for the trophy, continuing today with No.23... 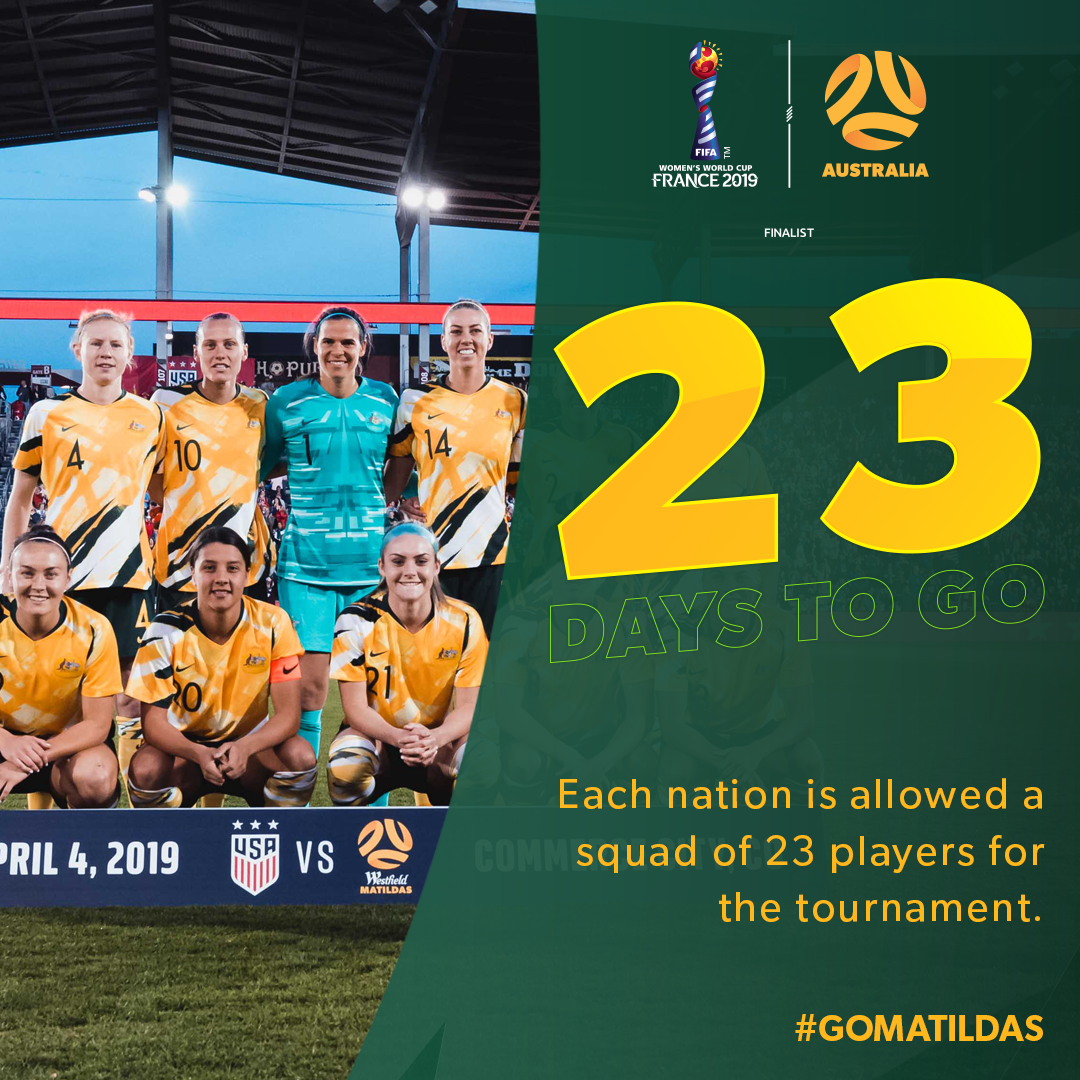 It is no coincidence that the squad boasts 23 players – that is the squad-size stipulated by the sport's governing body FIFA for every nation competing at the tournament.

FIFA will officially confirm all 24 national team squads on Monday, 27 May.