Countdown to the Women's World Cup: 25 days to go

Get your new Westfield Matildas shirt and get ready for more footballing thrills and spills. The FIFA Women's World Cup France 2019™ is almost with us, with just 25 days to go until the tournament kicks off at Parc des Princes in Paris.

www.matildas.com.au is running a series of features counting down the days until the Westfield Matildas begin their challenge for the trophy, continuing today with No.25... 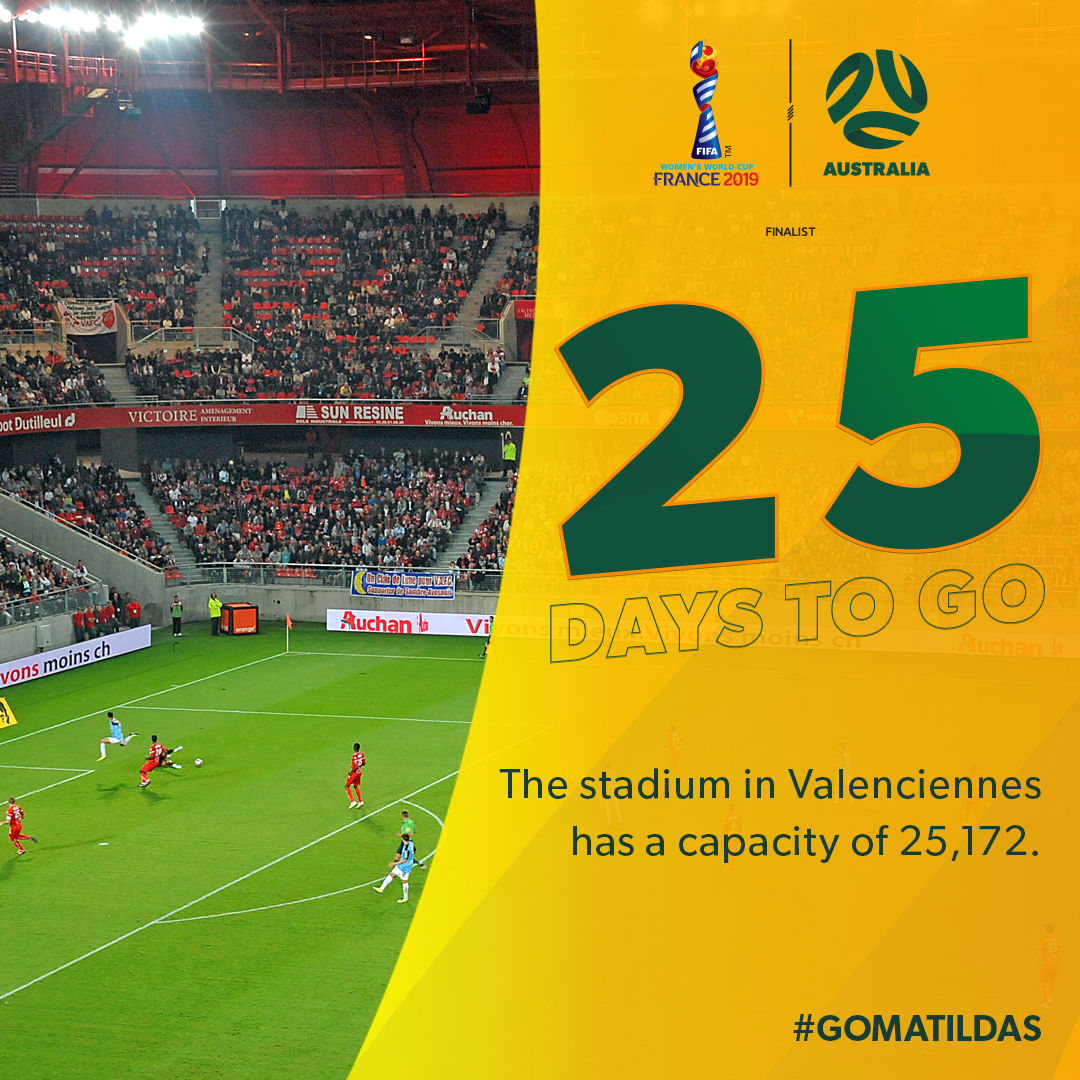 More than 25,000 fans will have the opportunity to cram into the Stade du Hainaut in the city of Valenciennes to watch the Westfield Matildas take on Italy in Group C's opening match.

Situated close to the Belgian border, roughly 50km south-east of the city of Lille, Valenciennes is home to French Ligue 2 outfit Valenciennes FC.

Among the club's former players are men's World Cup legends Roger Milla, who starred for Cameroon at the 1982, 1990 and 1994 tournaments, and the ex-France international and 1991 European Footballer of the Year Jean-Pierre Papin.

Australia's second match of the competition, against Brazil, will take place at the Stade de la Mosson in Montpellier on Thursday 13 June (local time) before the Westfield Matildas finish their group-stage travels on Wednesday 19 June (local time) with a fixture against Jamaica's Reggae Girlz at Stade des Alpes in Grenoble.

Passports at the ready. Here we go.