Countdown to the Women's World Cup: 14 days to go

Are you ready? The FIFA Women's World Cup France 2019™ is almost with us, with just 14 days to go until the action gets underway at Parc des Princes in Paris.

www.matildas.com.au is running a series of features counting down the days until the Westfield Matildas make their play for the trophy, continuing today with No.14... 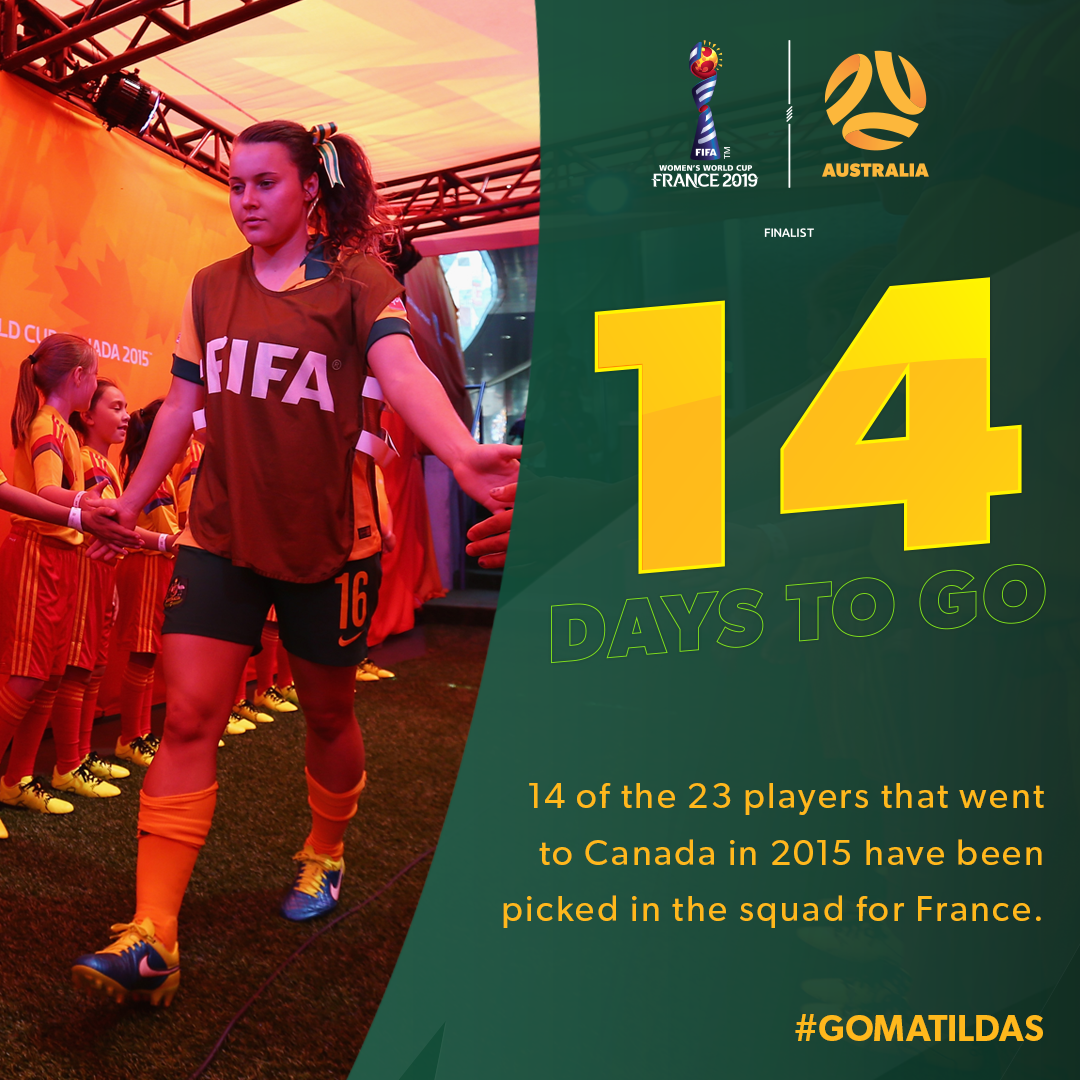 HAYLEY RASO: Watch my Westfield Matildas Story
AUSSIES ABROAD: Kerr and Foord score in the NWSL
GET KITTED OUT: All you need to know about the Westfield Matildas new Nike shirts
COMING NEXT: Australia re-affirms bid to host FIFA Women's World Cup 2023

Football coaches often talk about the blend of youth and experience needed to win trophies – and the Westfield Matildas have both in spades.

Fourteen members of Ante Milicic's France 2019 squad bring with them experience from being part of the set-up at the FIFA Women's World Cup Canada 2015™, while defender Teigen Allen played her part in the 2011 tournament in Germany but did not travel to North America last time out.

With almost 1,300 caps worth of international experience across the squad, including three players – Lydia Williams, Clare Polkinghorne and Lisa De Vanna – who are heading into their fourth World Cup with the national side, coach Milicic is delighted with the blend of youth and experience at his disposal.

“This is a special group of Australian footballers," he said. "Because as a unit they have accumulated a wealth of international experience despite the average age of the team being quite young.”