Countdown to the Women’s World Cup: 12 days to go

In exactly two weeks’ time the Westfield Matildas will have played their first match at the FIFA Women's World Cup France 2019™, with the official start of the tournament now just 12 days away with the first game at the Parc des Princes in Paris.

www.matildas.com.au is running a series of features counting down the days until the Westfield Matildas, and all the other nations, begin their trophy quest, continuing today with No.12... 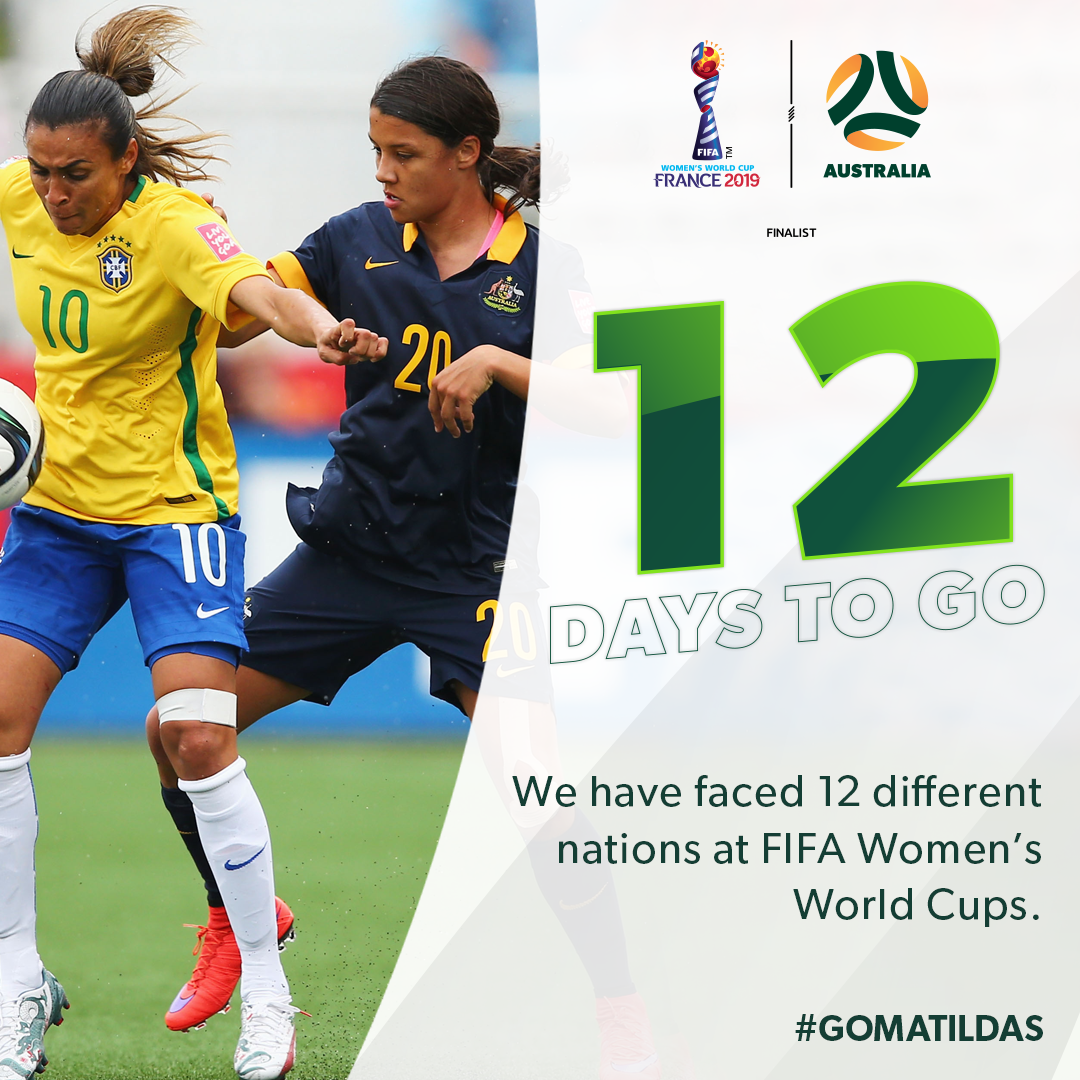 The Westfield Matildas are about to head to their seventh FIFA Women’s World Cup tournament when they take part in the tournament in France in 2019.

It’s the seventh successive FIFA Women’s World Cup they have qualified for, dating back to their very first outing in the tournament back in 1995 in Sweden.

In that time, the Westfield Matildas have faced 12 different nations at FIFA Women’s World Cup tournaments, including their very first game against Denmark.

Australia also took on the USA and China at that event, and they faced the Chinese again four years later in the USA, along with Sweden and Ghana.

In 2003, China was again in the same group as the Westfield Matildas, whol also played against Russia and Ghana.

Four years later in China it was the Ghanaians again in their group, as well as Norway and Canada as the Westfield Matildas advanced beyond the group stage for the first time, taking on Brazil in the quarter finals.

There was another last eight showing for the side in 2011 in Germany, advancing from a group that included Brazil, Equatorial Guinea and Norway before bowing out in the quarters against Sweden.

And in 2015, the Westfield Matildas made history by becoming the first Australian senior team to win a knockout match at a FIFA World Cup. They played the USA, Nigeria and Sweden in their group, beat Brazil in the last 16 before going down to Japan in the quarters.