Countdown to the Women's World Cup: 13 days to go

Not long now. The FIFA Women's World Cup France 2019™ is almost with us, with less than two weeks to go until the action gets underway at Parc des Princes in Paris.

www.matildas.com.au is running a series of features counting down the days until the Westfield Matildas, and all the other nations, begin their trophy quest, continuing today with No.13... 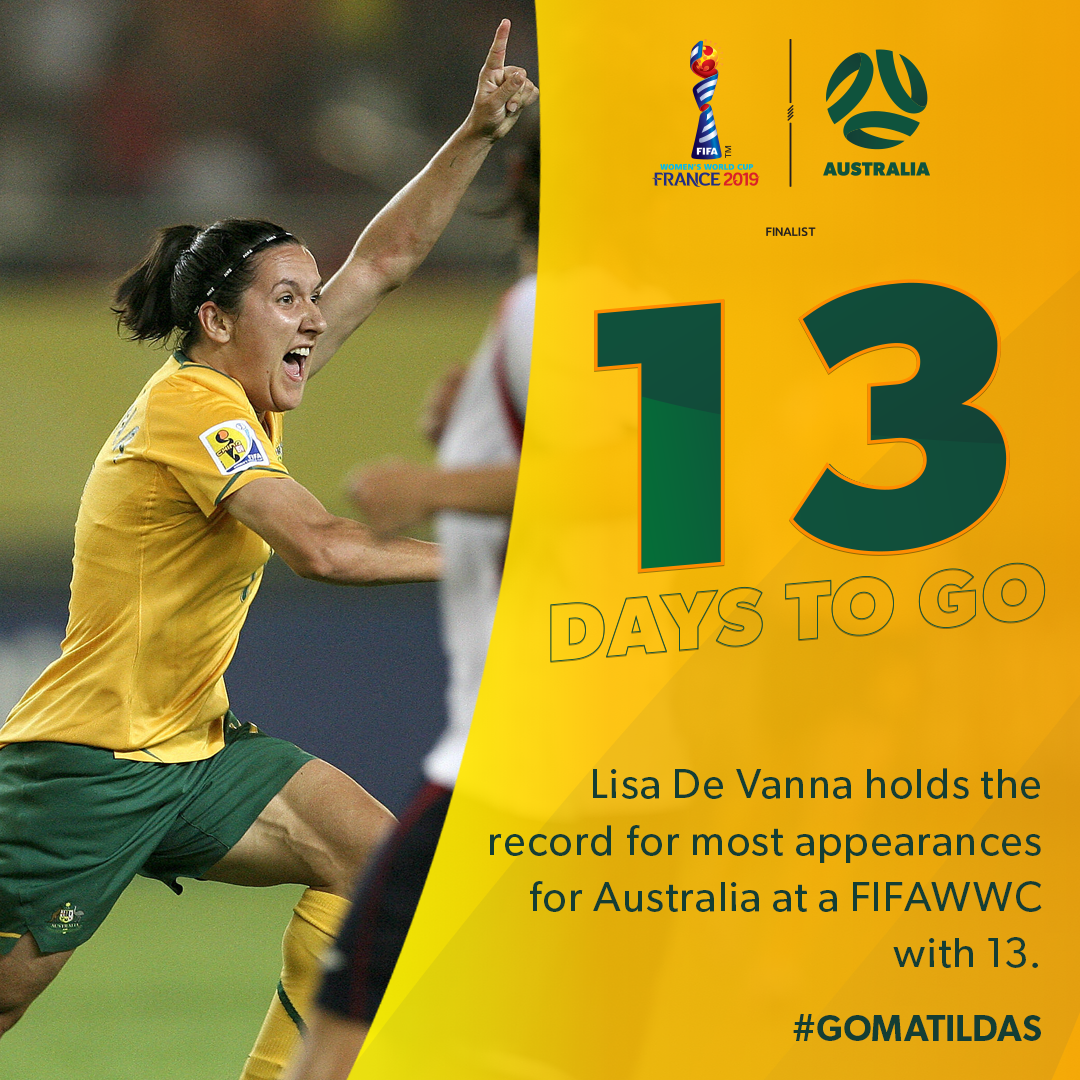 'I WASN'T GOING TO STOP': Emily Gielnik's Westfield Matildas story
'LEAVING MY MARK': Lydia Williams sets out to inspire
'FEELING FIT AND PLAYING WELL': Age just a number for Aivi Luik
'IT WOULD BE EVERYTHING': Sam Kerr dreams of World Cup hosting rights

She's been there, done that and is back for more.

Lisa De Vanna, now 34 and still just as engaging to watch in action, ranks among the very greatest Westfield Matildas of all time.

And when it comes to the ultimate stage for the game's elite, De Vanna stands above her peers.

The lethal attacker has made 13 appearances at the FIFA Women's World Cup across her stellar 15-year national team career, the most by any Australian.

De Vanna, then 23, appeared in all four of the Westfield Matildas' matches in 2007 – three times as a substitute – and scored four goals.

She has since been on the scoresheet at Germany 2011 and Canada 2015 and will hope to do the same in France.