Countdown to the Women's World Cup: 22 days to go

The squad has been announced, and it's only a little more than three weeks until the big kick-off. The FIFA Women's World Cup France 2019™ is almost with us, with just 22 days to go until the action gets underway at Parc des Princes in Paris.

www.matildas.com.au is running a series of features counting down the days until the Westfield Matildas begin their French adventure, continuing today with No.22... 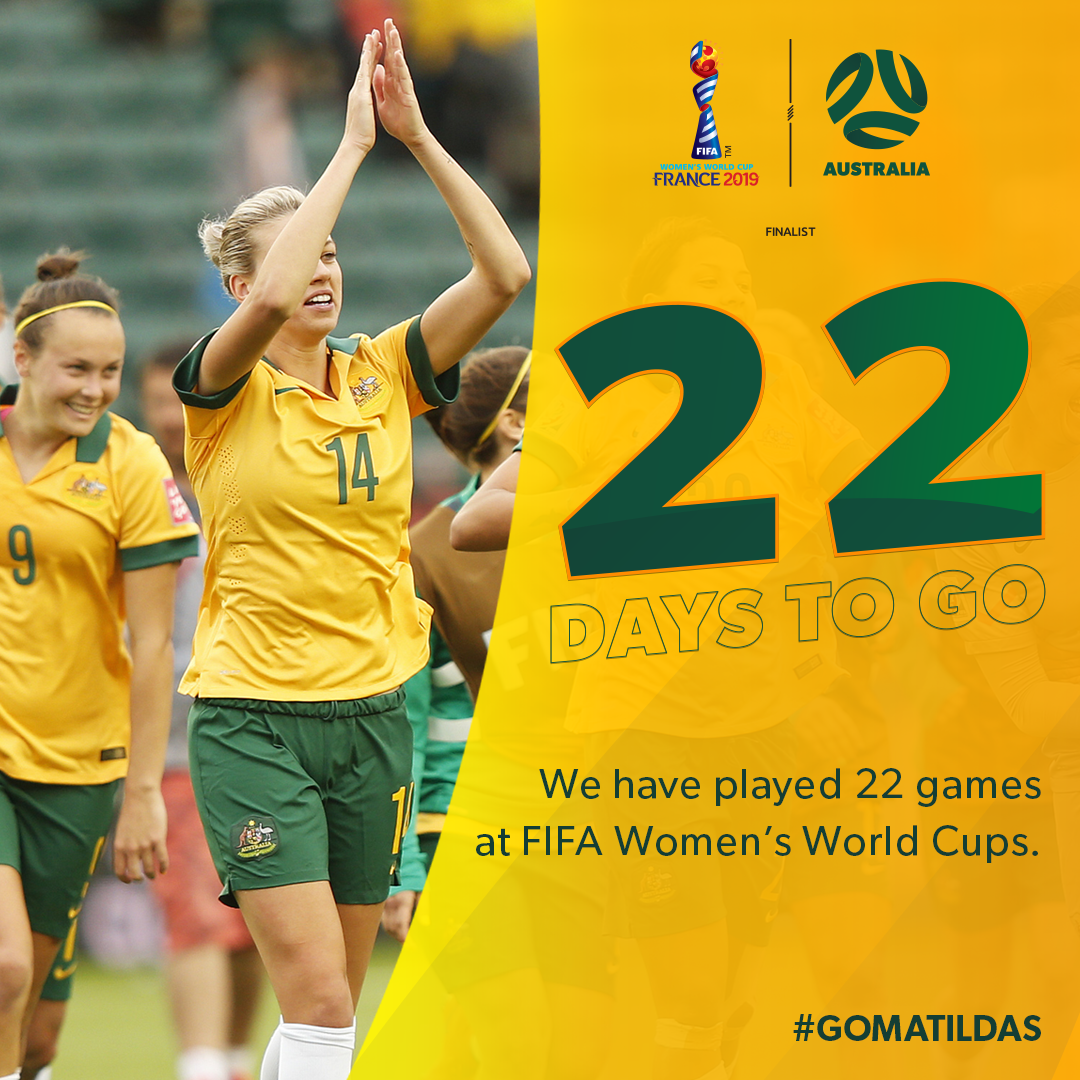 Over the course of six FIFA Women's World Cups – contesting every edition bar the first back in 1991 – Australia has played a total of 22 matches on the sport's biggest stage.

The team has faced 12 different opponents over that time, playing three times each against Brazil, China, Ghana and Sweden, and twice against Norway and the United States.

Brazil will become the green and gold's 'most-played-against opponent' in World Cup history in mid-June when the teams go head-to-head in a crucial Group C clash.

The Westfield Matildas have qualified for the quarter-finals at the last three World Cups (China 2007, Germany 2011 and Canada 2015), and last time out lost just twice in five games to reach the last eight.