Countdown to the Women's World Cup: 19 days to go

We're not too far away from the FIFA Women's World Cup France 2019™ with just 19 days to go until the action gets underway at Parc des Princes in Paris.

www.matildas.com.au is running a series of features counting down the days until the Westfield Matildas take their tilt at the title, continuing today with No.19... 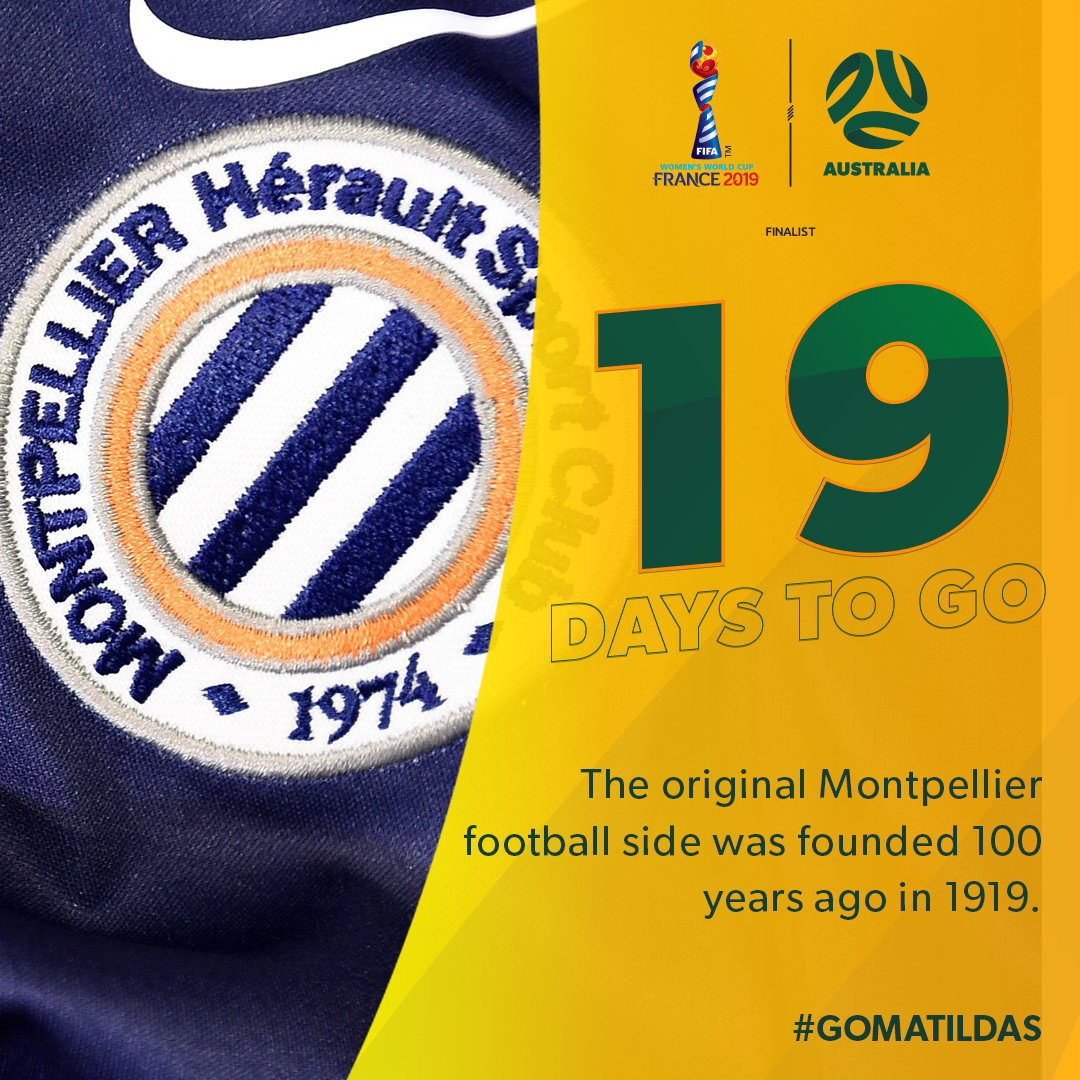 Montpellier is one of the host cities for world football's showpiece event in France, and is one of the nation's leading sports hubs.

Located in the south of France, only 10 kilometres away from the Mediterranean, Montpellier basks in 300 days of sunshine a year and boasts one of the lowest annual rainfall rates in the country.

It is also a city steeped in footballing history. Montpellier were founded in 1919 as Stade Olympique Montpellierain, the club was one of the first in France to professionalise the women's game. Since 2001, Montpellier have clinched two titles (2004, 2005) and have finished runners up four times.