Countdown to the Women's World Cup: 26 days to go

Are you ready? The FIFA Women's World Cup France 2019™ is almost with us, with just 26 days to go until the tournament kicks off at Parc des Princes in Paris.

www.matildas.com.au is running a series of features counting down the days until the Westfield Matildas make their play for the trophy, continuing today with No.26... 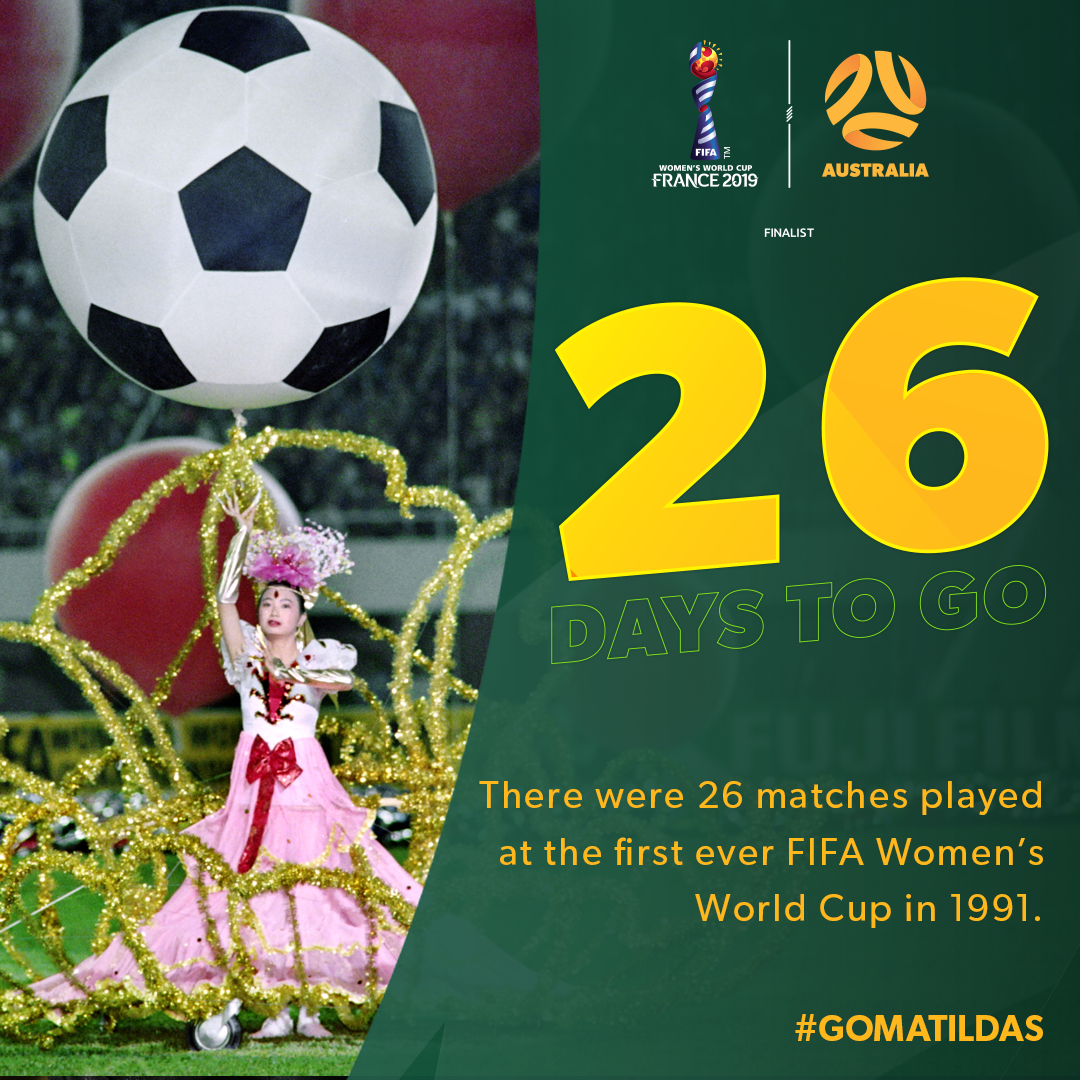 After years in the planning, the first FIFA Women's World Cup was hosted by China in November 1991.

The Norwegians recovered well from that early setback, going on to reach the final, where they faced the United States.

After 26 matches, it was the USA who earned the right to call themselves the sport's first women's world champions, defeating Norway 2-1 in the final thanks to two goals from the tournament's top scorer, Michelle Akers.

They were worthy champions, scoring 25 goals in their six games, and conceding just five.