Countdown to the Women's World Cup: 28 days to go

Hold on to your hats, the FIFA Women's World Cup France 2019™ is almost with us, with just 28 days to go until the tournament kicks off at Parc des Princes in Paris.

www.matildas.com.au is running a series of features counting down the days until the Westfield Matildas make their play for the trophy, continuing today with No.28... 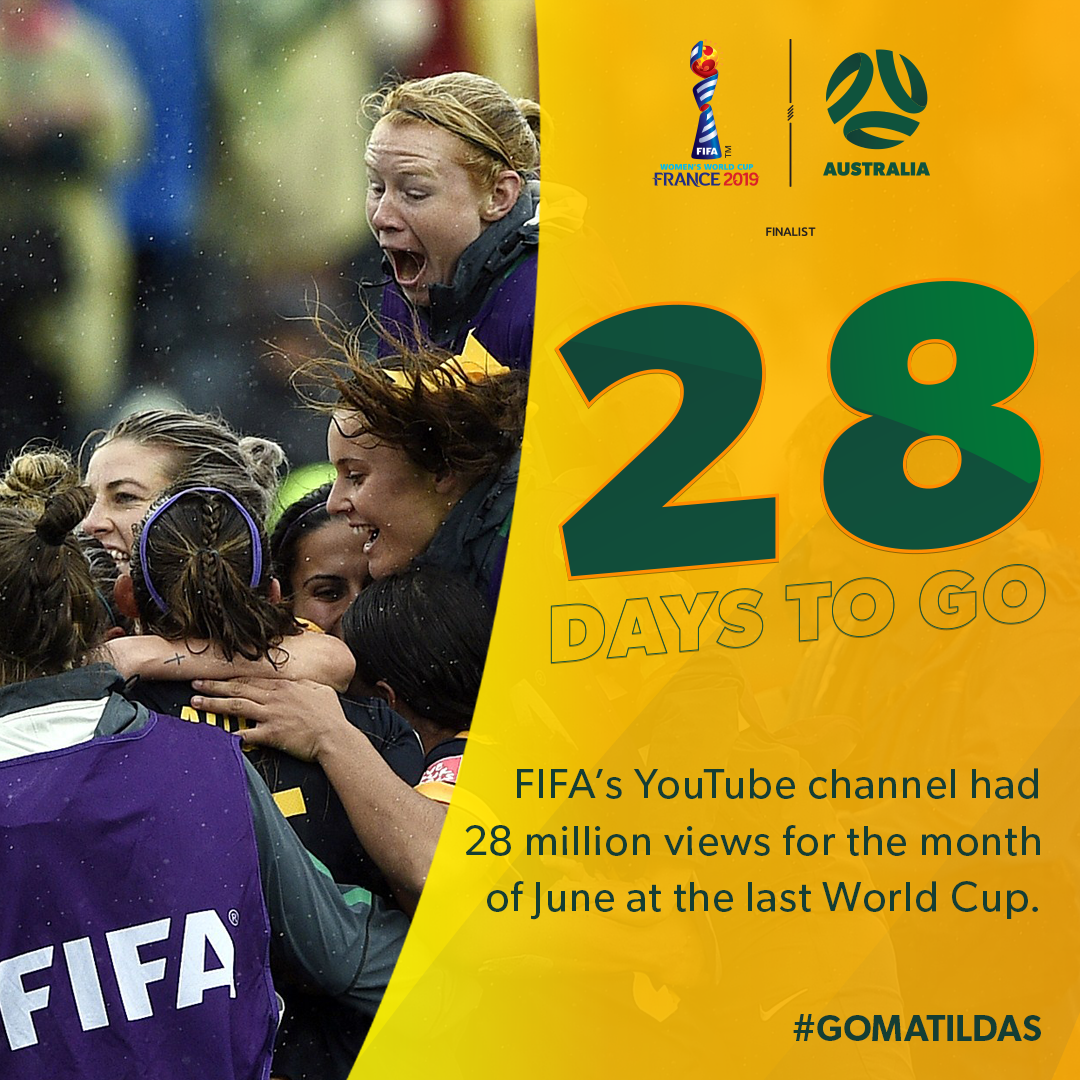 Whatever way you look at it, the FIFA Women's World Cup is a huge event.

Fans will flock to France in their thousands to watch the planet's leading female footballers fight for the right to be called the world's best.

For the players who make their mark at this tournament, their sporting lives will change forever as they show off their skills in front of millions of onlookers.

To give a sense of just how much interest there is likely to be at FIFA Women's World Cup France 2019™, take a look back at the figures from the 2015 competition in Canada.

Four years ago, there were more than 28 million views of the tournament on YouTube in the month of June alone – and that figure would have been higher still but for the fact that one semi-final, the third place playoff and the final itself all took place in July.

28 million views – that's 4.5 million more than the population of Australia, or enough to fill the MCG 280 times over.