Countdown to the Women's World Cup: 1 day to go

This is it. The time has arrived, and the FIFA Women's World Cup France 2019™ is all set for kick-off at Parc des Princes in Paris.

www.matildas.com.au is running a series of features counting down the days until the 2019 World Cup begins, culminating today with No.1... 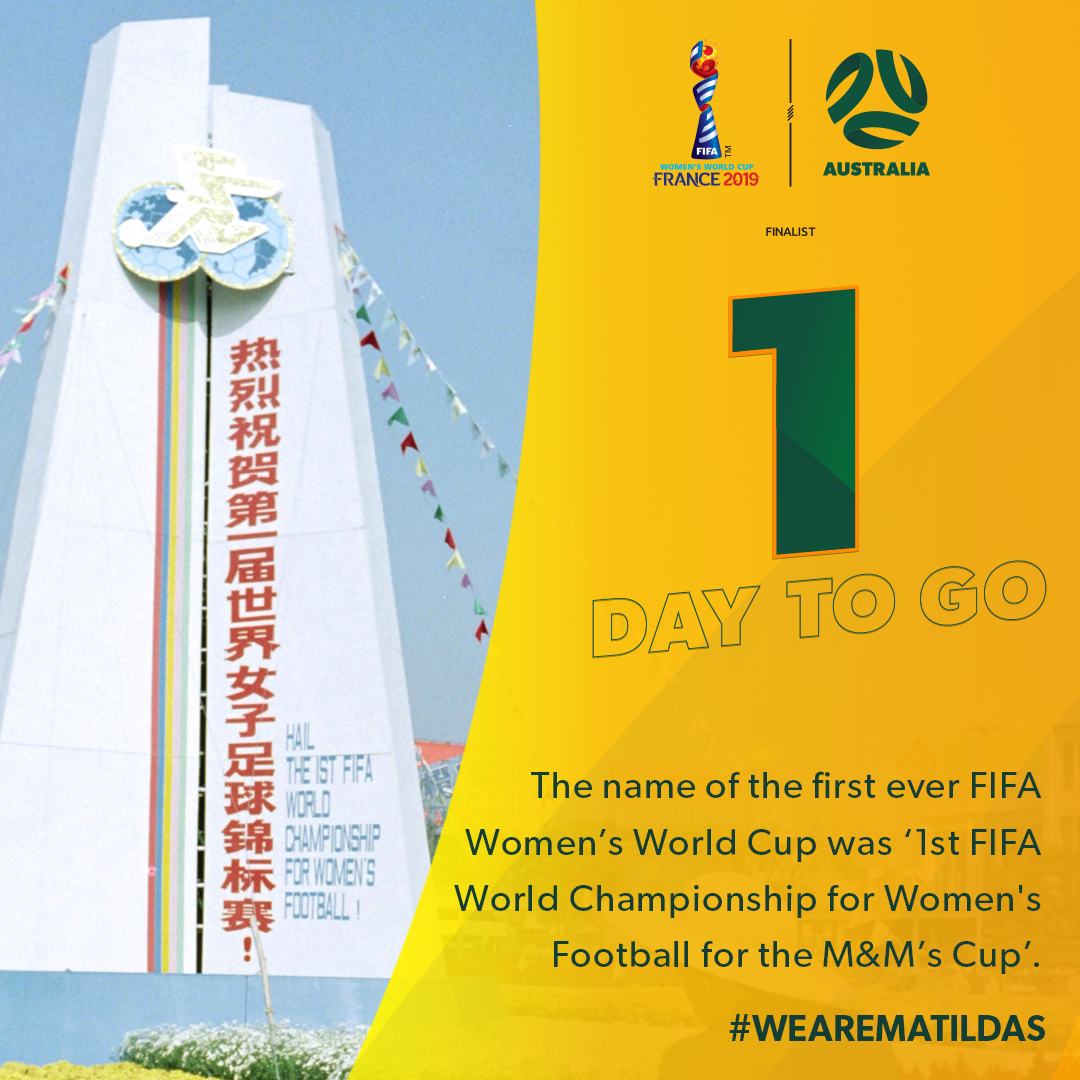 There is only one FIFA Women's World Cup (current version pictured at top of this page), but the first time the competition ran it was known as 'The 1st FIFA World Championship for Women's Football for the M&Ms Cup'.

Held in China, the tournament was contested by 12 teams. New Zealand represented the Oceania federation of which Australia was then a part, making the 1991 World Cup the only one at which the Matildas have not played a part.

By the time the next tournament came around, in 1995, it had been re-branded as the FIFA Women's World Cup and welcomed Australia for the first time.