Countdown to the Women's World Cup: 2 days to go

Are you ready? The FIFA Women's World Cup France 2019™ kicks off at Parc des Princes in Paris in just two days' time.

www.matildas.com.au is running a series of features counting down the days until the 2019 World Cup begins, continuing today with No.2... 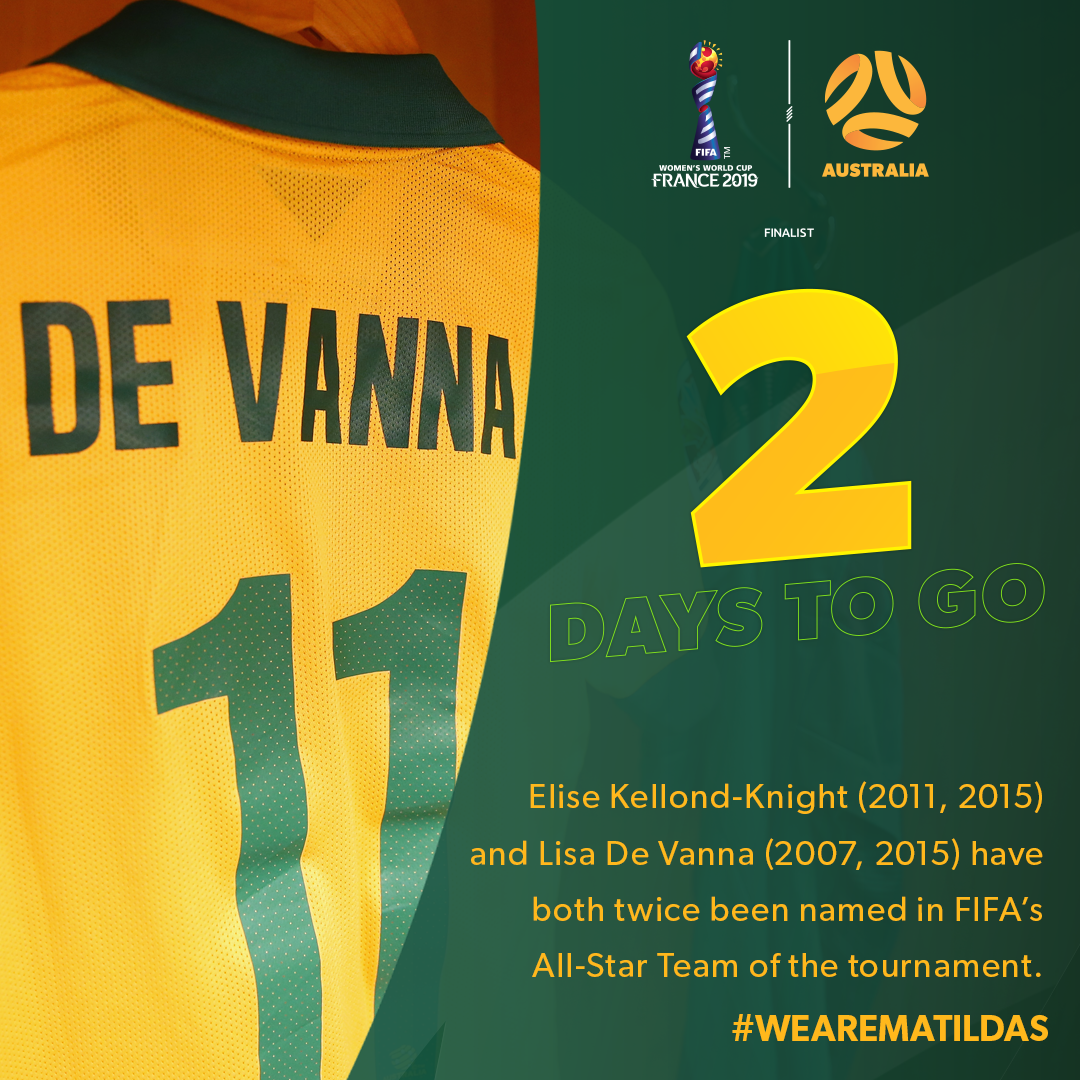 For players who reach the heady heights of competing at a World Cup it is a chance to pit your skills against the very best the game has to offer.

The Matildas have found themselves in this rarified atmosphere on six previous occasions, and for two of the girls in green and gold the World Cup has twice seen them voted on to the All-Star Team of the Tournament.

Lisa De Vanna was the first Australian player to take the honour, included in the select XI at the end of the 2007 tournament in China. Competing at her first World Cup, De Vanna scored four goals as the Matildas reached the knockout stages for the first time.

She was followed four years later by midfielder Elise Kellond-Knight, who earned her place in the all-star line-up at the FIFA Women's World Cup Germany 2011™.

There was double delight in 2015, as both players were selected for the Team of the Tournament at the 2015 iteration in Canada. De Vanna scored twice at the competition – against Sweden and eventual champions USA – while Kellond-Knight was named player of the match as Brazil were beaten 1-0 in the Round of 16.