Countdown to the Women's World Cup: 3 days to go

It's so close you can almost touch it. The FIFA Women's World Cup France 2019™ kicks off at Parc des Princes in Paris in just three days' time.

www.matildas.com.au is running a series of features counting down the days until the journey to the 2019 World Cup begins, continuing today with No.3... 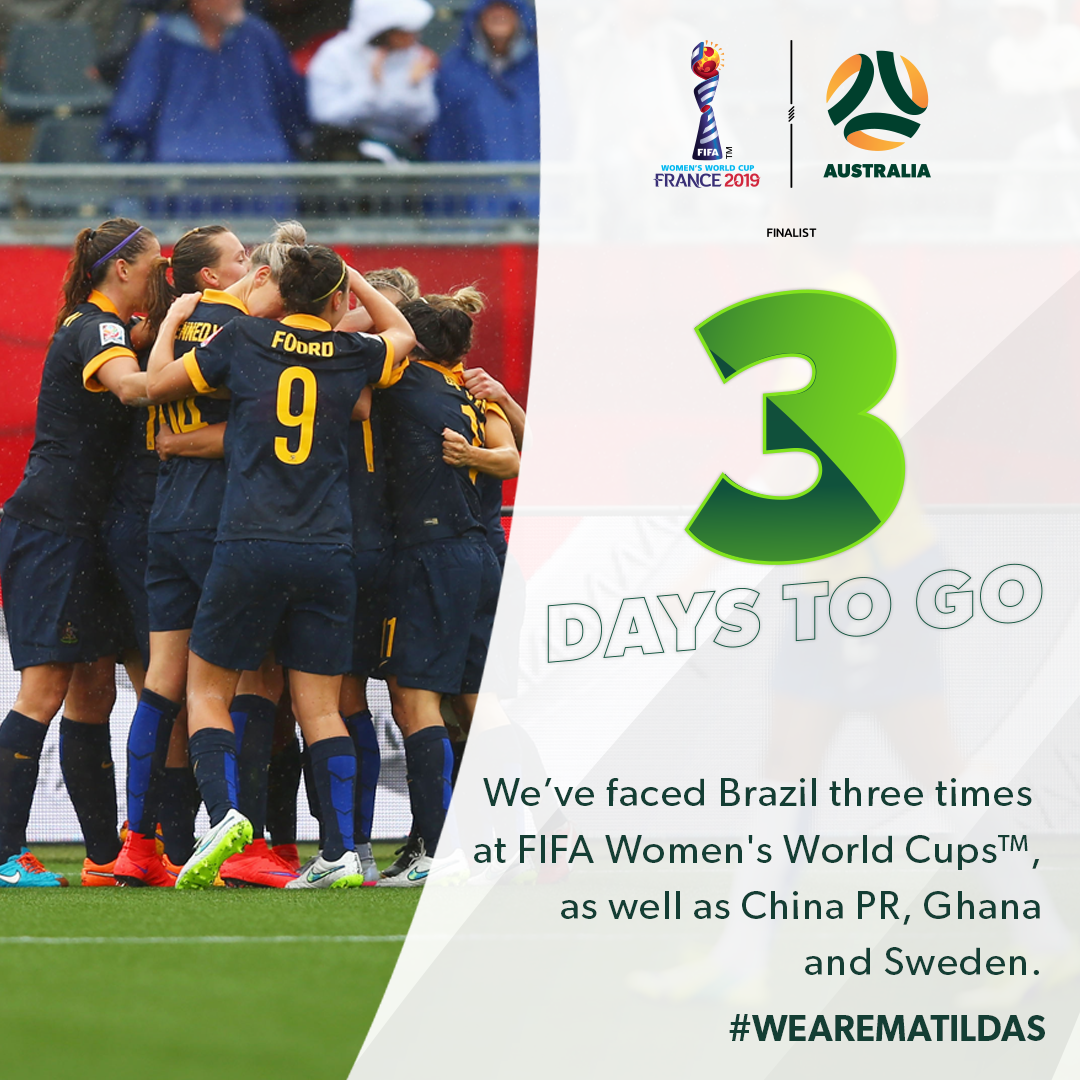 The Matildas will be lining up against some familiar foes during the group stage of the 2019 Women's World Cup.

Ante Milicic's side have already come up against Brazil – an iconic name in world football – at this level on three occasions, and will face them for a fourth time in Montpellier on Friday 14 June (AEST).

The sides first met in China in 2007. Lisa De Vanna and Lauren Colthorpe scored for Australia, but ended on the losing side as the Brazilians won 3-2 at the quarter-final stage.

Four years later, Germany was the location as the two teams did battle again, in Group D at the 2011 World Cup, but the result remained the same: Brazil winning 1-0 on this occasion.

And so to 2015 and the Round of 16. The Matildas won a memorable tie 1-0 thanks to Kyah Simon's 80th-minute winner in Moncton, Canada.

Australia has met three other sides on three occasions at the World Cup: the People's Republic of China, Ghana and Sweden.