Countdown to the Women's World Cup: 29 days to go

Get excited, the FIFA Women's World Cup France 2019™ is almost with us, with just 29 days to go until the tournament kicks off at Parc des Princes in Paris.

www.matildas.com.au is running a series of features counting down the days until the Westfield Matildas make their play for the trophy, continuing today with No.29... 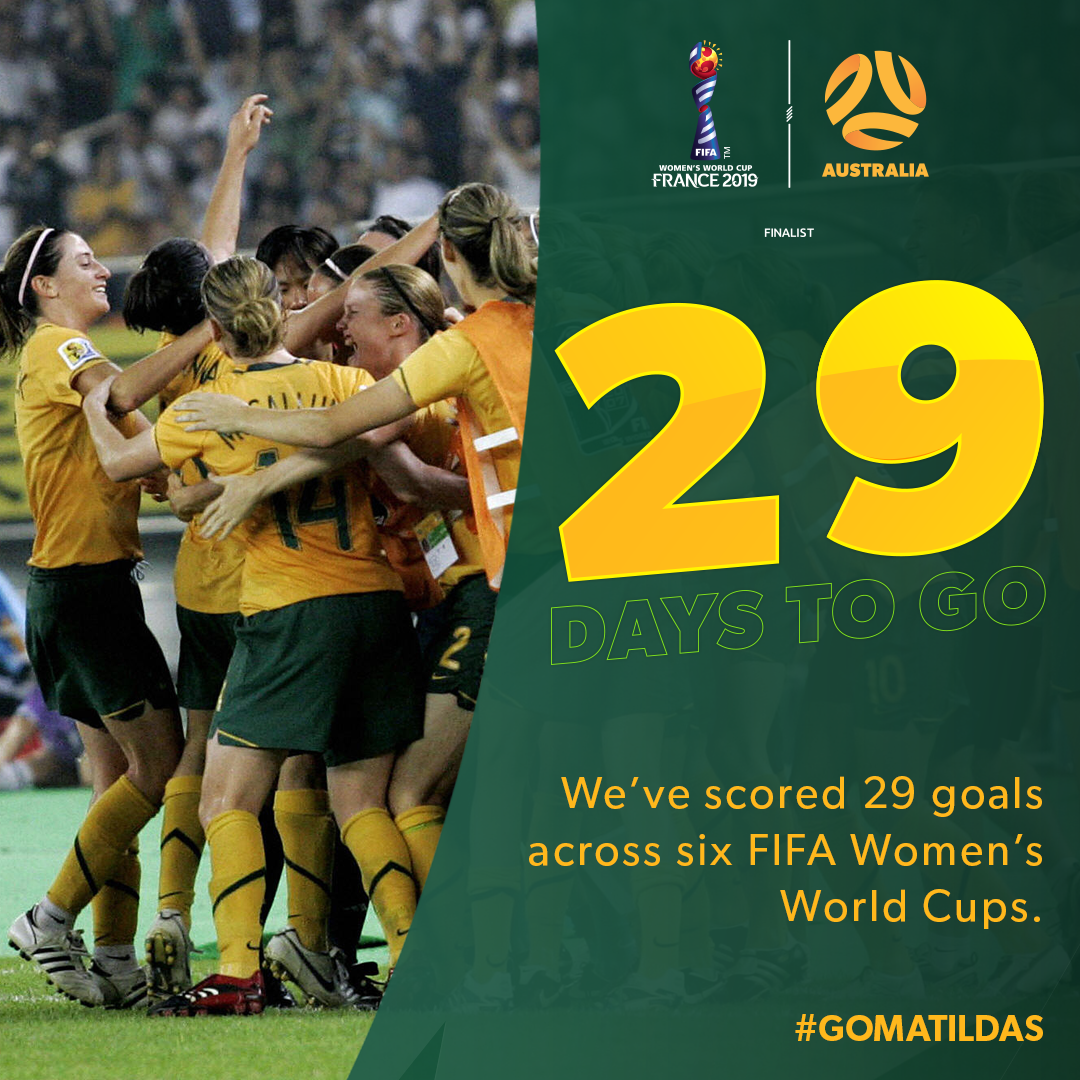 Australia has scored 29 goals at the FIFA Women's World Cup, with the first of those coming from Angela Iannotta, an equaliser 25 minutes into what ended as a 4-2 defeat by China on June 8, 1995.

Linda 'Sunni' Hughes scored the second, with a minute left on the clock at the end of the game.

The country's most recent World Cup goal came in the 80th minute of a famous 1-0 victory over Brazil at the 2015 tournament, which was Australia's sixth involvement in the competition.