The 2020-21 Westfield W-League is a couple of days away from lift off and a host of Westfield Matildas and talented youth internationals are set to feature for their respective clubs.

In this ultimate season preview, check out  the lowdown on all the Westfield Matildas, Young Matildas and Junior Matildas who will be in domestic action this season.

Despite their disappointing ladder position, Adelaide United were competitive throughout 2018-19 season, suffering defeat by the narrowest of margins on many occasions.

The off-season saw Adrian Stenta take the reigns as Head Coach, stepping up from his role as Assistant Coach for the last two years.

The Reds will yet again line up with a team packed with exciting young South Australian talent, including Westfield Young Matildas Charlotte Grant, Emily Hodgson and Annalee Grove.

Midfielder Emily Condon is the only player in their squad with a senior international cap to her name, having made a solitary appearance for the Westfield Matildas against Portugal in the 2018 Algarve Cup.

Last season Brisbane Roar fell narrowly short of finals football for the first time since 2016-17, however with a star-studded squad they will be confident they can be back challenging for silverware this time around.

Their international quartet is completed by new signing Emily Gielnik, who returns to the Westfield W-League after a stint in Europe representing German powerhouses Bayern Munich and Swedish outfit Vittsjö.

Experienced defender Kim Carroll, who has played over 50 times for the Westfield Matildas, has also re-joined the club this season.

Former Westfield Young Matilda Morgan Aquino may well be the side’s new number one, having signed from Perth alongside fellow youth international Leticia McKenna, while promising Westfield Young and Junior Matildas defender Jamilla Rankin will be looking to force her way into Jake Goodship’s backline after a strong season with Football NSW Institute in the NPLW.

Canberra United were a powerhouse during early years of the Westfield W-League but over the last couple of years have found success far more tough to come by.

This season they will be boosted by the return of former Westfield Matildas striker Michelle Heyman, who has come out of retirement to don the Canberra green again.

Midfield pair Grace Maher and Laura Hughes were both called up to November’s Women's Talent Identification Camp which was held in the nation’s capital and will look to deliver strong domestic campaigns that catch the eye of Tony Gustavsson.

Goalkeeper Sally James and defender Emma Ilijoski were also called up by Mel Andreatta, while 16-year-old Westfield Junior Matildas captain Jessika Nash is another to watch having received her first senior contract this season.

Canberra’s new coach Vicki Linton will be hoping Heyman’s experience and goalscoring prowess, combined with the exciting young talent at her disposal, will fire United back where they belong.

Melbourne City's squad may have changed dramatically from last season's double-winning roster, however they will not be without a host of international representatives yet again.

City's squad also includes two goalkeepers with varying degrees of Westfield Matildas experience. Likely first-choice Teagan Micah is yet to make a senior international appearance but has been involved in Westfield Matildas camp on several occasions, while 39-year-old former Westfield Matildas captain Mellissa Barbieri (retired 2015) has signed on in a player/assistant coach role.

Striker Rhali Dobson has one Westfield Matildas cap to her name while Westfield Young Matildas midfielder Hollie Palmer, formerly of Brisbane Roar, will be another player to watch.

Westfield Matildas defender Emma Checker, who made 14 appearances for City last season, also confirmed this week that she would be returning to the club.

Young Matilda Chelsea Blissett has unfortunately suffered a serious knee injury ruling her out for the campaign, however a similarly talented young defender in former Junior Matildas captain Tori Tumeth, will be eager to make the most of her first Westfield W-League opportunity.

The overriding challenge for Rado Vidosic is to back up last season's success despite the nucleus of his team being ripped out - however on paper at least, he looks to have a assembled a squad capable of being competitive yet again.

READ: Teagan Micah named in Norwegian Team of the Season

READ: McCormick returns to the Westfield W-League eager to impress

Much like their fierce cross-town rivals, Melbourne Victory’s major concerns heading into the new campaign will be with filling the sizeable void left by the headline departures of some key players – most notably Natasha Dowie and Jenna McCormick.

Recruiting Lisa De Vanna, the highest scorer in Westfield Matildas history, is one way of addressing these concerns. 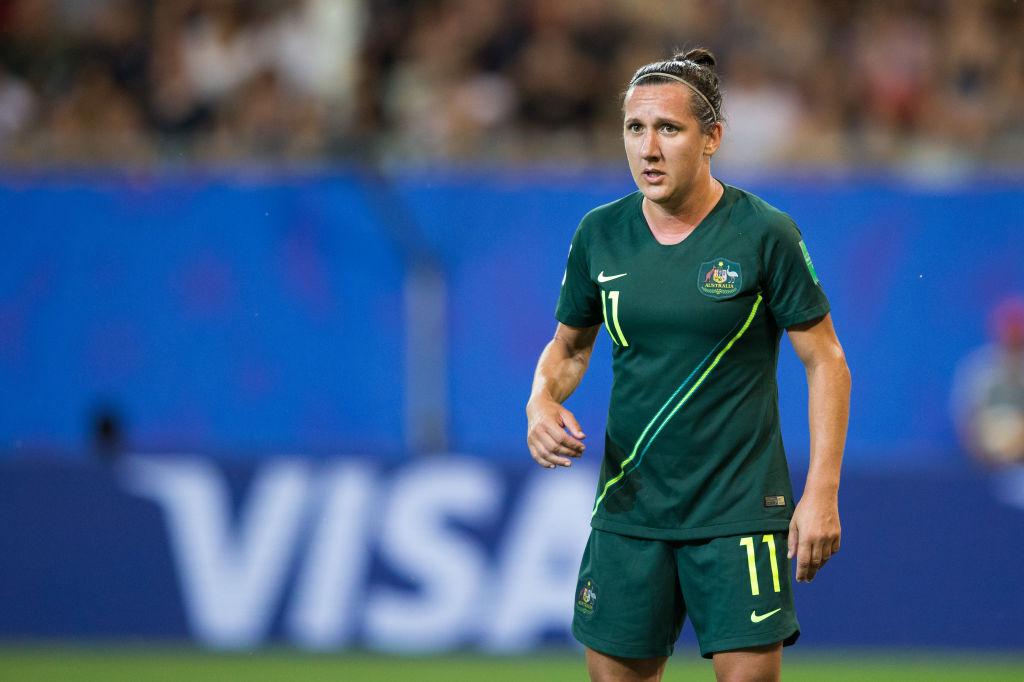 Combined with former youth internationals Angela Beard, Melina Ayers and MelindaJ Barbieri, Jeff Hopkins will be confident his side have what it takes to finish in the top four for a third consecutive season.

Newcastle Jets were the last team to announce their squad list for the upcoming campaign and will be looking to improve upon their place on the foot of the ladder last season.

Alex Epakis oversaw an incredible era of success with Sydney University in the NPLW NSW and the 29-year-old coach is now faced with a whole new challenge as he succeeds Bobby Despotovski as Glory boss.

After qualifying for the Grand Final in 2018-19, a Sam Kerr-less Perth found success hard to come by last season.

While they may be the only club in the competition without a player who has played for the Westfield Matildas, their squad is brimming with young talent - many of whom are WA-based.

Junior Matildas Hana Lowry and Isabella Wallhead were among those given their chance last season, while Young Matildas Deborah Anne de la Harpe, Abbey Green, Sarah Morgan and Lexi Moreno are all talented youngsters likely to play their part this campaign.

Captain Natasha Rigby was also part of November's Talent Identification Camp in Canberra and be looking to guide her side back towards finals contention in 2021.

For their lofty standards, Sydney FC endured a slightly disappointing conclusion to their 2019-20 campaign as it ended without silverware.

While their opening round opponent will no longer be a Grand Final rematch against Melbourne City, a return to Bankwest Stadium for the first time since their shock 5-0 derby defeat last season is a similarly prime opportunity for vengeance.

READ: “I’m pretty pumped to be here and back in the environment”: Ellie Brush

Junior Matilda Charlize Rule is said to have impressed in pre-season training and will be out for her first taste of Westfield W-League action.

With the vast majority of their squad enjoying extended run-outs during the 2020 NSW NPLW season, Sydney FC have enjoyed fair uninterrupted pre-season and will look to hit the ground running as they set off to match City's record tally of four Westfield W-League Championships.

Western Sydney Wanderers finally broke their Westfield W-League finals curse in 2019-20 and are now faced with the challenge of sustaining and building upon their success moving forward.

Dean Heffernan will be forced to heavily lean upon homegrown talent with confirmation that international trio Denise O'Sullivan, Julie Dolan Medallist Kristen Hamilton and Lynn Williams will not be returning this campaign.

In response, Western Sydney have been boosted by the return of veteran striker Leena Khamis and versatile midfielder Georgia Yeoman-Dale.

Caitlin Cooper completes the club's trio with Westfield Matildas experience as she returns for a third consecutive season.

Junior Matilda Bryleeh Henry completes the complement of international stars, past, present and future, who will pull on the Red and Black this season.

Keen to win some special offers and prizes in the lead up to Christmas Day 2020? Check out our 12 days of Christmas campaign here.