Alanna Kennedy knows what it takes to be a Westfield Matilda and the experienced defender realises the importance of leading by example.

Two days into a nine-day program, Kennedy is excited about what she sees ahead of a two-match series against Chile in November in Parramatta and Adelaide.

Despite being only 24-years-old, the defender is one of the more experienced heads in camp and is well aware of her duties as a senior Westfield Matilda.

“I think it’s exciting to have some new young players in and give them an opportunity to prove themselves,” Kennedy told matildas.com.au

“I think it’s just important for us to make them feel welcome when they get here, but once it gets to training I think it’s important to set a standard and make sure they know what it takes to be a Matilda and what’s expected of them, the professionalism and the attitude we carry in camp.

“I think it’s good to guide them with a balance of letting them know it takes a lot of hard work to be here and to keep your spot here.

“If I had to talk about one [younger player] in particular, I’d say Karly Roestbakken. I didn’t know much about her before the World Cup but I think she came in with a great attitude, proved herself and was willing to learn off older players.

“She just had a really respectful attitude and I think she’s only going to grow as a player and be really good for us going forward.” 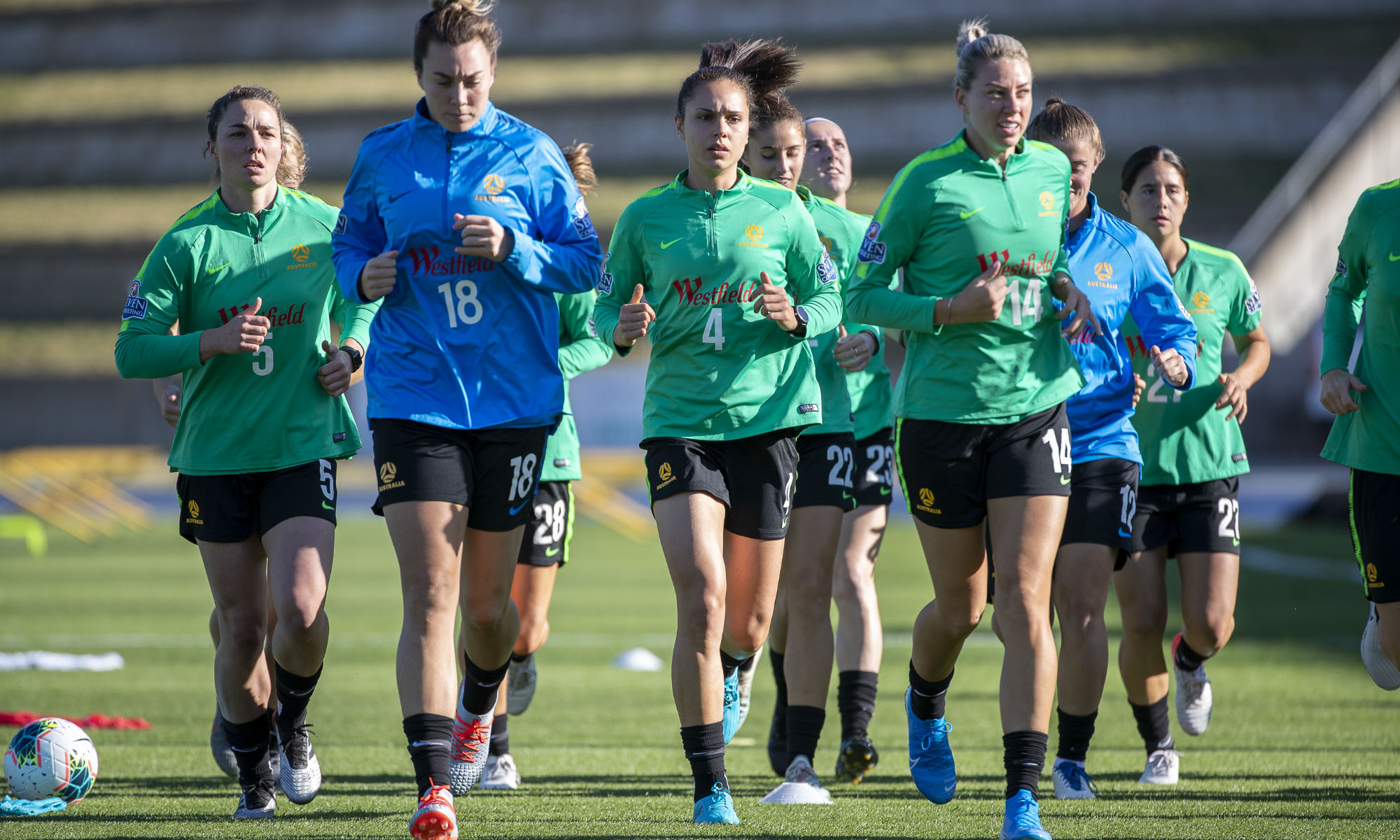 Milicic revealed the main purpose of the camp is for players to impress ahead of the Tokyo 2020 Olympic Games qualifying campaign.

While those new additions are striving to make the squad to face Chile in Parramatta and Adelaide next month, Kennedy admits there will be no excuses for not being ready.

“The goal is to win both games, simply put.”

“We want to perform well within those games and get some consistency with the players and the team that we want to move forward with,” Kennedy said.

“I think it’s important that we have a strong mentality going into games that are against a lesser opponent.

“I think in the past that’s been something where we had tended to let complacency creep in so I think it’s important to be one of the best teams in the world, you have to perform no matter who the opponent is.”

Having headed almost straight from the FIFA World Cup™ in France to the United States to play for National Women’s Soccer League side Orlando Pride, Kennedy is looking forward to a long-awaited return to home soil.

Australia are ranked eighth in the FIFA Women’s World Rankings™, where as opponents Chile are 37th, but Kennedy insists her teammates do not feel the weight of expectation.

“If anything we embrace it and it’s the mentality we have. We have a lot of more experienced players that are still young, so we have that young mentality.

“I think we’re fearless but we also have experience. We don’t feel the pressure and I think we thrive off it.

“Playing in front of our home fans, family and friends is always really exciting for us. We sacrifice so much to get to where we are and it’s a reward for us to play in front of them.”