Lydia Williams is in her 16th year with the national team, having been in and around the squad since 2005.

She’s played with a lot of players in her time and alongside a core group which has once again reconvened in the Netherlands ahead of the Westfield Matildas' first matches in over a year.

This camp has seen players reunite, meet new coach Tony Gustavsson, and begin to make up for lost time as Australia looks ahead to a jam packed international schedule in the upcoming years.

READ: Sam Kerr: “it's been a growing year for me”

READ: Kennedy reflects on year away from Matildas: “It's taught me to be grateful”

“It's been good. It's been a lot of information. Obviously, we've done a lot of zoom sessions and caught up online, but to be here in person and learn more about each other, and Tony, the new coach, and how we want to play I think has been really valuable.”

“We're trying to soak in as much as we can. Obviously, we don't have much time together from here on out, so we're just trying to get as much information and knowledge in how we want to play.”

SQUAD: Carpenter and Harrison ruled out of Westfield Matildas squad

When the Westfield Matildas take to the pitch in Wiesbaden, it will have been 397 days since the team last played together; they defeated Vietnam 2-1 to seal Olympic qualification on March 11, 2020.

Despite the almost 400 days between matches, Williams believes the team have some advantages that they can call on to make up for the lack of time spent together due the pandemic.

“The advantage that we have is that we've known each other for such a long time and played together. So kind of gaining that knowledge back and playing together will be pretty quick.”

“It's how quickly can we transfer the information that we learn in meetings onto the pitch. But it's been something that we've done before. We're all transient with playing all over the world. So we have to do it, it's just kind of getting that knack again.” Williams said.

Both Germany and the Netherlands will be tough opponents for the team but it is a challenge the squad as a whole is relishing.

“Obviously, it's gonna be really tough game. European nations are some of the best nations in the world at the moment in women's football. But that's what we want. We want a test, we want to see where we're at.” 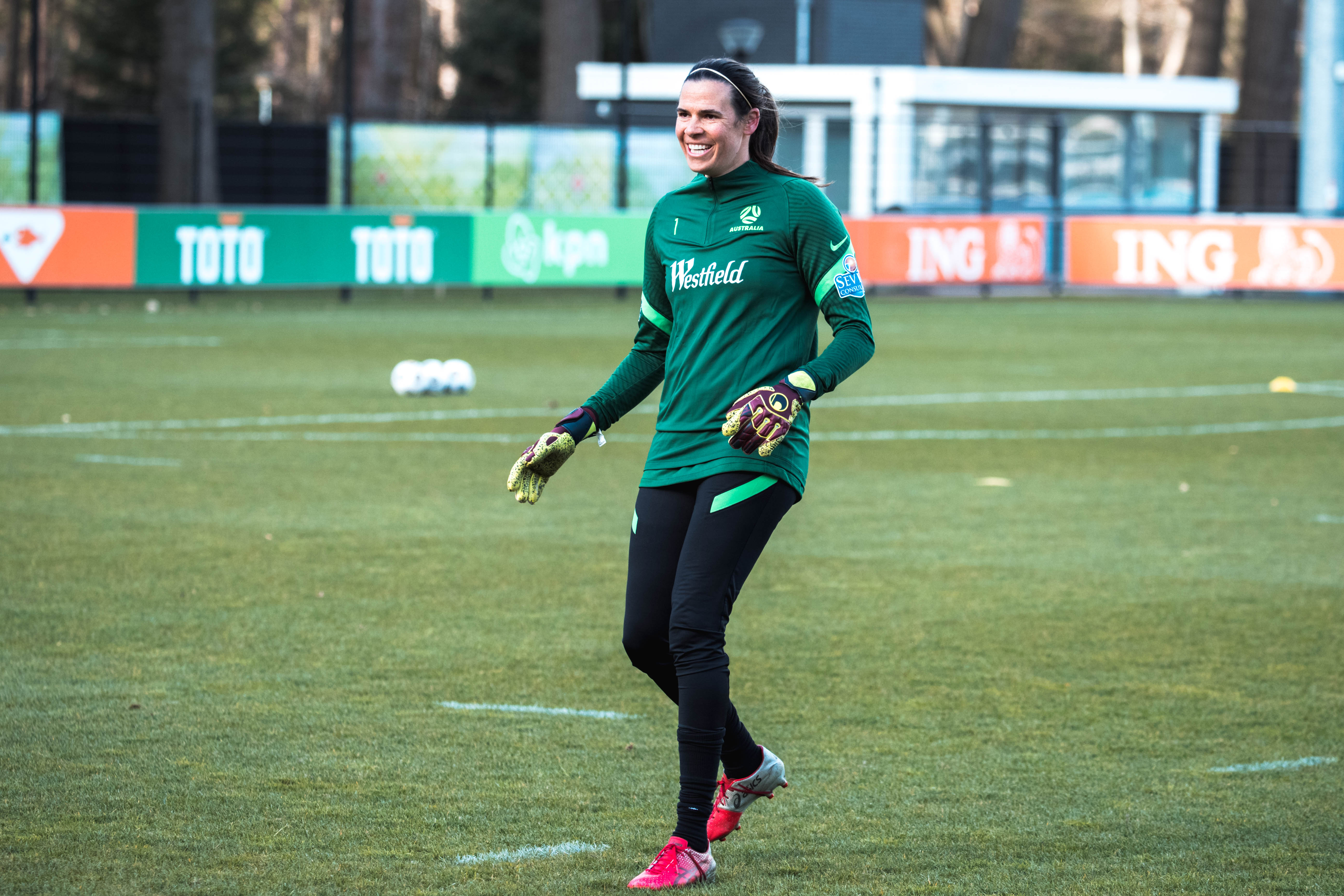 “We haven't had the benefits or luxury to get together for Euro qualifying or anything like that. So, for us, it's a good test to go out there and have a good hit out.”

The Westfield Matildas haven't faced Germany since the last Olympics in Rio in 2016.

“Obviously, the last time we played them we drew so hopefully we're going out there for a win. But the most important thing is to go out there and play the style of football that we want to and be proud of our performance.”