"Leadership to me about seeing someone do something and wanting to follow them because of their great ideas, their great sportsmanship their great work ethic."

It is rather fitting that Cheryl Salisbury shares her birthday with International Women's Day, especially with this year's global theme revolving around 'women in leadership'.

The Westfield Matildas legend captained her country in 74 'A' internationals between 2003 and 2008 - double what anyone else has managed to date.

Salisbury was one of the pioneers fuelling the emergence of women's football in Australia, with a career that spanned all the way from 1997 to 2009.

While she would go on to become Australia's most capped footballer ever, with 151 appearances, Cheryl shared how she was naturally a quiet character when her career began.

"As was a young kid I was so shy," she told Matildas.com.au, "I was very uncomfortable with standing up or speaking or anything like that.

"I remember at my first World Cup in Sweden, Tom Sermanni actually said to me, 'One day you'll captain the Matildas,' and I just was like 'yeah right. I can barely talk to you, I'm so shy.'"

But the Westfield Matildas coach's prediction would come true, as Salisbury went on to write herself into the Green and Gold history books while donning the captain's armband.

"I think when that time came, it was the confidence that I showed in myself on the field," she said.

"During my whole entire captaincy, I wasn't so much the leader off the field - I think people felt and saw it in my presence on the field.

"I didn't change anything to become that person, it was just my confidence and belief in myself and my teammates that we were going out to achieve what the coach had put in place. 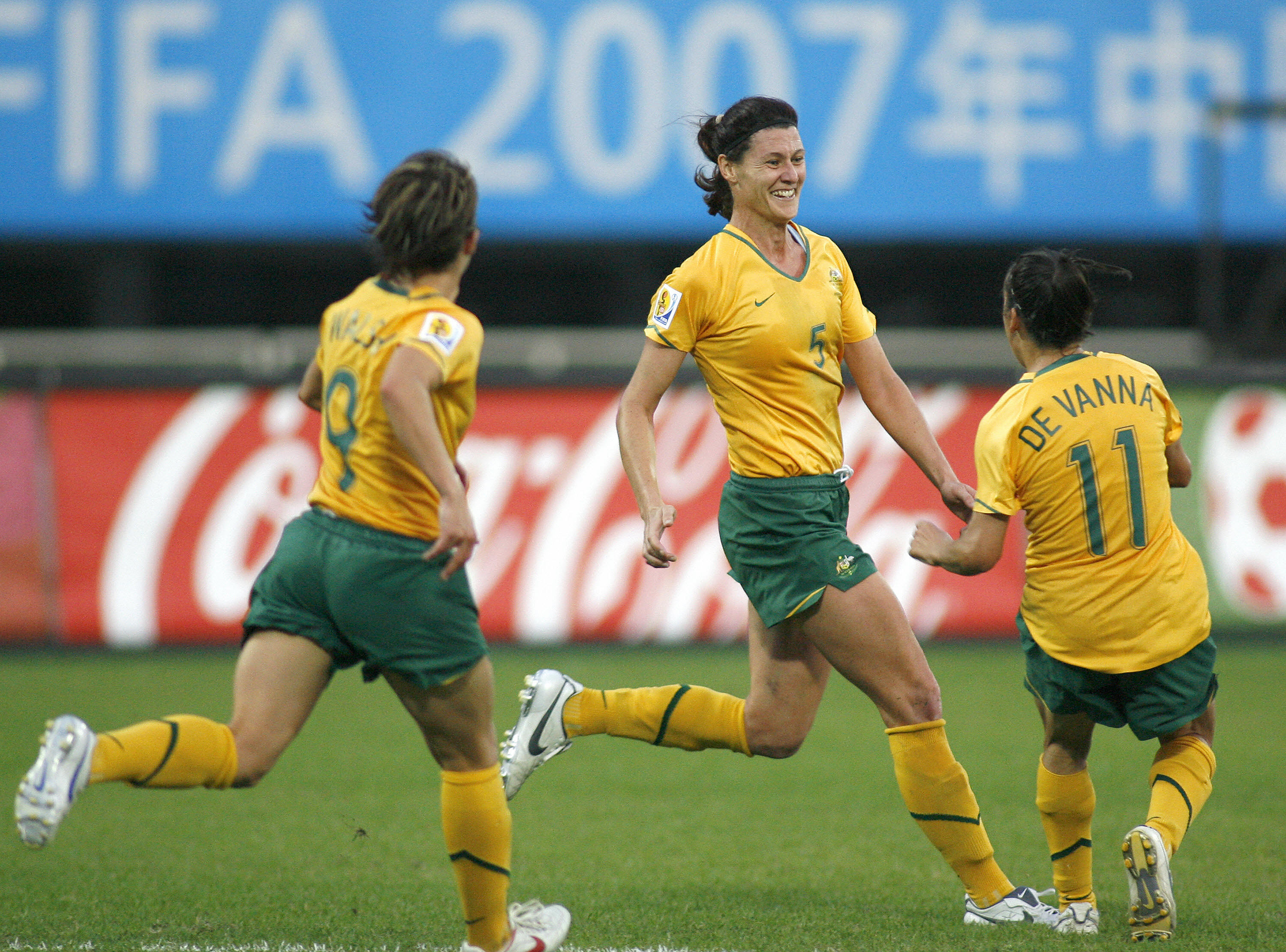 "Tom was there at the start and end of my career and did say on my final night that I had a presence on the field which could intimidate any opposition, but off the field, I am the biggest gentle giant there is!"

Salisbury's laid-back personality fuels her powerful understanding of what it means to lead by example.

"Leadership to me about seeing someone do something, and wanting to follow them because of their great ideas, their great sportsmanship their great work ethic," she explained.

"I look at how Alison Forman, who was captain of the Matildas when I was vice-captain," she reflected.

"The way that she led the team was through her strength off the field and commitment to the team in a training session, her gym workouts, everything. 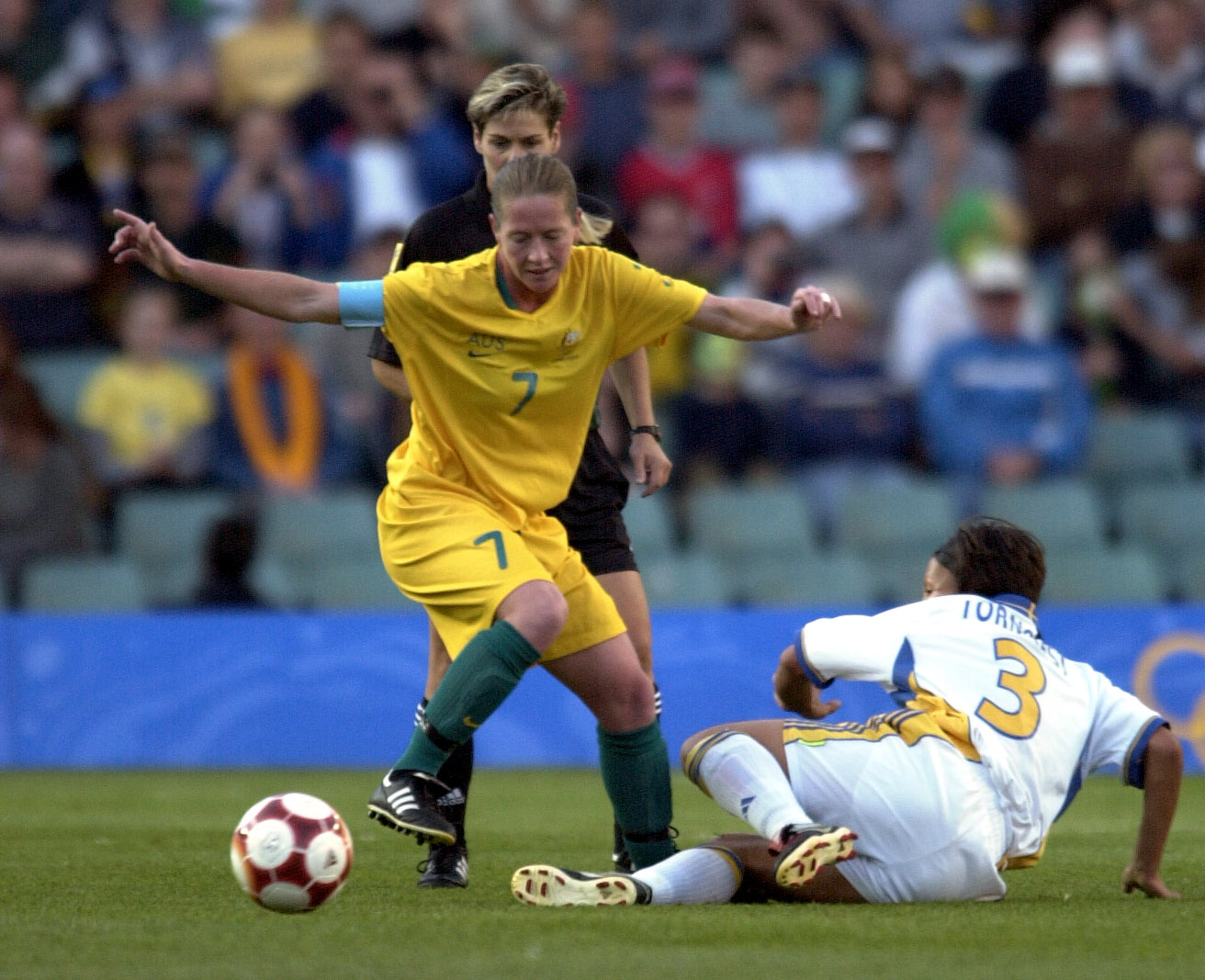 "She just did everything by the book and that was the transition time when the Matildas went from just part-time athletes into part-time professional athletes.

"She really inspired by doing everything to the nth degree, so that there's nothing ever left behind."

"The other person again, for me was Dianne Alagich," Salisbury added.

"She wasn't always the loudest on the field. She was one of the greatest players to be around off the field and to have fun with but on the field her determination, her training and everything like that inspired me.

"She was a leader for me on the field even when I was the captain of the team. She was my leader in terms of you know that pure never, ever say die attitude.

That slogan, 'Never Say Die' for the Matildas, for me that comes from Di.

"That's who she is: she carried that the team because of her relentlessness on the field. She played with a broken bone, she would play with injuries that the rest of us probably would never have tolerated because she never ever gave up.

"Leaders show when things are hard, who's going to be able to pick you up, who can you look towards."