Which women do the Westfield Matildas admire?

The Westfield Matildas are a team filled with leaders. The nominal kind in captain Sam Kerr and vice captain Steph Catley and those who show their leadership in other ways.

There’s Lydia Williams barking instructions from the back while advocating as a young indigenous leader or Clare Polkinghorne marshalling her defence while mentoring a new generation of footballers at local and international level.

These leadership qualities have made the team an admired and respected group of women. They are role models for a variety of people not only for their exploits on the field but for the people they are off it. They’re a group who stand up for what they believe in and fight for what is right.

At stadiums and local pitches and in backyards across the country, the Westfield Matildas have earned more admirers as more people have tuned in and fallen in love with this team.

Young kids wear shirts with ‘Kerr 20’ emblazoned on their backs. Local footballers try to channel their inner Caitlin Foord, or Alanna Kennedy, or Tameka Yallop – depending on where they play.

But on this International Women's Day, who do the Westfield Matildas admire?

READ: Jessika Nash: "Football makes me want to be a better person"]

FFW 2021: How Brodie Wales brought together Westfield Matildas fans across the nation

The team selected women who exhibit many of the same traits they do even if the settings are very different. From the football pitch to the tennis court Karly Roestbakken admires Australian Open winner Naomi Osaka.

“I think at the moment it’s hard not to say Naomi Osaka. She’s killing it as an athlete and with everything going on in the world she has really stood out and fought for what is right.” Roestbakken said.

It’s unsurprising that the women the team admire for being strong leaders are actual leaders in the political space. Some women were close to home.

Ellie Carpenter picked NSW Premier Gladys Berejiklian. “I think she is such a strong woman and dominant in her field.” Carpenter said.

“She is respected by all and I think she is the prime example of leadership for me. I think she’s great at her job!”

Others were more international. Two names popped up more frequently than any others: Michelle Obama and Jacinda Ardern.

For the likes of Sam Kerr and Aivi Luik, Michelle Obama is incredibly inspiring.

“I admire Michelle Obama because of what she stands for.” Luik said.

“She advocates for social rights and community well-being, is educated and respectful and has a great way of inspiring others.” 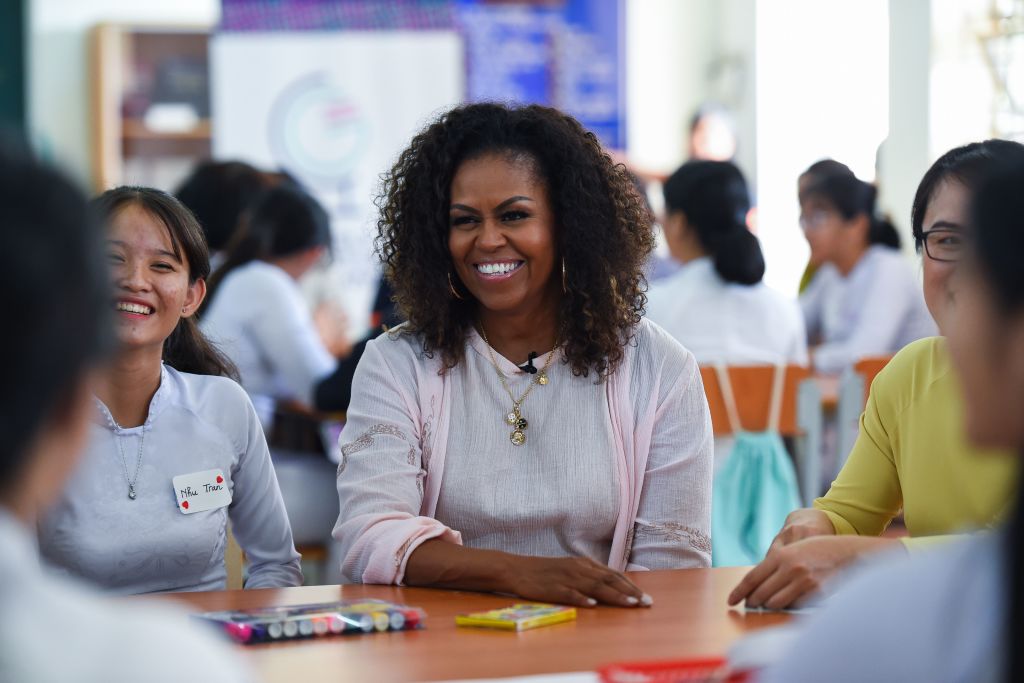 Lydia Williams agreed that Michelle Obama has always been an inspiration: “her story from how she grew up, to her career, her time as First Lady and ultimately her life now. There have been many struggles and victories during her life and she’s still inspiring so many.”

The other political leader hails from across the ditch. For Steph Catley, Alanna Kennedy, and others, Jacinda Ardern is the leader they most admire.

“She is confident, intelligent, stands for all things good in the world and leads with compassion.” Kennedy said.

Jenna McCormick loves “how she leads through the way she speaks and deals with people.” Elise Kellond-Knight echoed those sentiments, labelling Ardern “an inspiring leader who has authentic principles and is a great communicator.”