Aussies Abroad: De Vanna and Yallop on the scoresheet in Europe

Lisa De Vanna and Tameka Yallop were on target as their Italian and Norwegian clubs both secured overnight wins in Europe.

De Vanna opened the scoring as Fiorentina climbed to fourth place in Italy’s women’s Serie A with a 2-1 victory against Tavagnacco.

The 150-cap Westfield Matildas pounced inside the six-yard box in the 29th minute at Stadio Comunale Gino Bozzi to net her second goal of the 2019/20 campaign.

Tatiana Bonetti extended the lead on 50 minutes and, although Greece international Sophia Koggouli responded for the visitors, the Viola held on to seal their first home win of the season.

Yallop struck twice as Klepp IL stormed to a 5-0 triumph against struggling Stabaek in Norway.

Yallop fired the hosts in the lead at Klepp Stadion in 17 minutes, but it took until 61 minutes for American defender Zaneta Wyne to make it two.

The floodgates opened the Elisabeth Terland struck on 70 minutes and the 81-cap Westfield Matilda netted her second, and ninth goal of the season, six minutes later.

Terland doubled her tally as the clock ticked past 90 as Klepp cement their fourth-place position in the Toppserien after 19 matches. 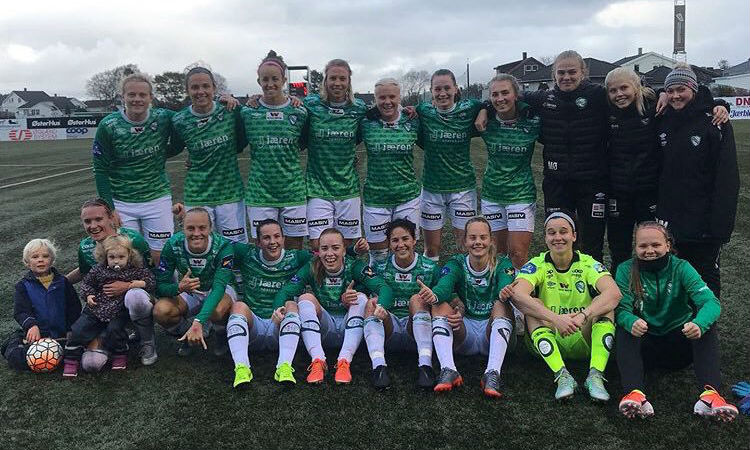 Yallop’s side lie four points behind league leaders Lillestrøm, who raced to a 2-1 win against Aivi Luik’s fifth-placed Avaldsnes.

Brazilian Duda levelled the scores after Elise Thorsnes had given the table-toppers an early advantage, but Ingrid Moe Wold’s 68th-minute goal earned all three points.

In Germany, Emily Gielnik was an unused substitute as Bayern Munich slipped to 1-0 Frauen-Bundesliga loss against Hoffenheim at Dietmar-Hopp-Stadion.

A 25th-minute own goal from New Zealand international Ali Riley decided it as the second-placed side extended their lead over third-placed Bayern to three points.