Who will Stajcic pick for the Games?

Who's in the frame for a seat on the plane? Matildas boss Alen Stajcic faces some tough decisions over the next fortnight as he looks to settle on a final squad for the the Games in August in Rio.

Unlike the Asian Cup and World Cup where a 23-player squad is permitted, the Games restricts playing rosters to just 18, meaning selection will be even more difficult - especially given the huge amount of talent in our women's ranks.

The Matildas are in camp at the AIS for the next two weeks (June 20-24) and (June 27-July 2) as players look to impress the coaching staff in order to book their spot on the plane to Rio.

Australia come into camp off the back of a two-game friendly series against New Zealand earlier this month, with the Matildas earning a 2-0 win in Ballarat before being held to  a 1-1 draw in Melbourne.

Alen Stajcic’s side are now unbeaten in their past eight matches and have defeated top ten opponents Japan and DPR Korea in the past seven months, along with Korea Republic.

Stajcic indicated that the squad chosen for the New Zealand series would contain the majority of players headed for Rio but left the door ajar for others to stake a claim.

“This squad (for the matches against New Zealand) will obviously contain a lot of the players that will head to Rio but it’s certainly not 100 per cent finalised yet,” Stajcic said.

“There’s still a chance for players to put their hand up and again we’re trying to increase the depth of the team so we can be as competitive as we can internally and on the international stage as well.” 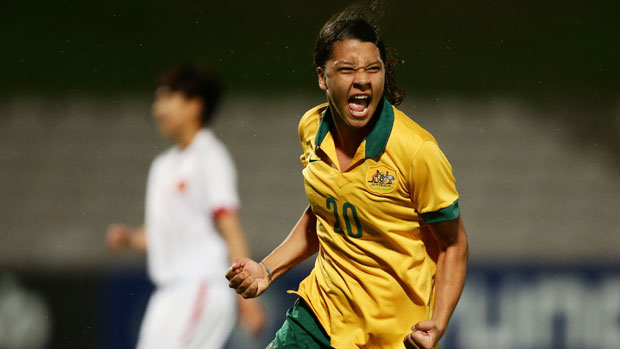 One player who could come into contention is striker Sam Kerr, with the Perth Glory forward on the comeback trail after recent surgery.

“Sam Kerr had a minor bit of surgery two weeks ago and hopefully she’ll be returning to playing in the next few weeks,” Stajcic said.

“Time is getting tight for her, but if everything goes well she’ll definitely be in contention for one of the spots.”

While experienced stars Lisa De Vanna, Katrina Gorry and Emily van Egmond are virtually guaranteed a spot in Rio, there are plenty of other sub-plots which makes the final make-up of the squad so intriguing.

Can Westfield W-League golden boot winner Larissa Crummer force her way into the team? Is 16-year-old defender Ellie Carpenter a chance of making the trip to Brazil?

And with only two keepers in the squad who will get the nod as back-up to Lydia Williams? Stajcic can only take one of Casey Dumont and Mackenzie Arnold.

It looms as an interesting fortnight with Stajcic set to name his final 18-player squad for the Rio Games on July 4.

This week we'll look at each part of the squad - keepers, defenders, midfielders and strikers - and assess who's in the frame for a seat on the plane.