What they said: Matildas reflect on thumping win over Chinese Taipei

The Matildas made a sensational start to the Women’s Olympic Football Qualifying Tournament with a comfortable 7-0 win over Chinese Taipei on Friday night.

Attacker Caitlin Foord stole the show with a first-half hat-trick while further goals from Steph Catley, Hayley Raso, Sam Kerr and Katrina Gorry ensured Ante Milicic’s side began their quest to get to Tokyo 2020 in style.

Milicic and his players were rightly ecstatic with the result and performance, with the squad also quickly switching focus to Monday’s second match with Thailand.

Here’s some of the best reaction from Matildas players and the boss after a memorable night in the wet at Campbelltown.

The experienced attacker played the opening hour in her first appearance in the Green and Gold since a match against France in October 2018.

It was a big moment for Simon to get back into the Matildas squad having missed last year’s FIFA Women’s World Cup with injury.

"I'm feeling great, I’m really feeling like my old self if not better. I’ve really been through some tough times but I’m looking forward to putting that behind me and focussing on my best football ahead of me,” Simon said.

"Being under Ante [Milicic] and Ivan [Jolic] has been really refreshing for me. It’s been a really nice learning experience for me, learning the new style of play and how we like to play and the principles that they’re really embedding into the team.

"It’s been enjoyable for me, another new experience and I’m really looking forward to what’s ahead and learning more and more about the team experience and cohesion I can gain with the girls all over again." 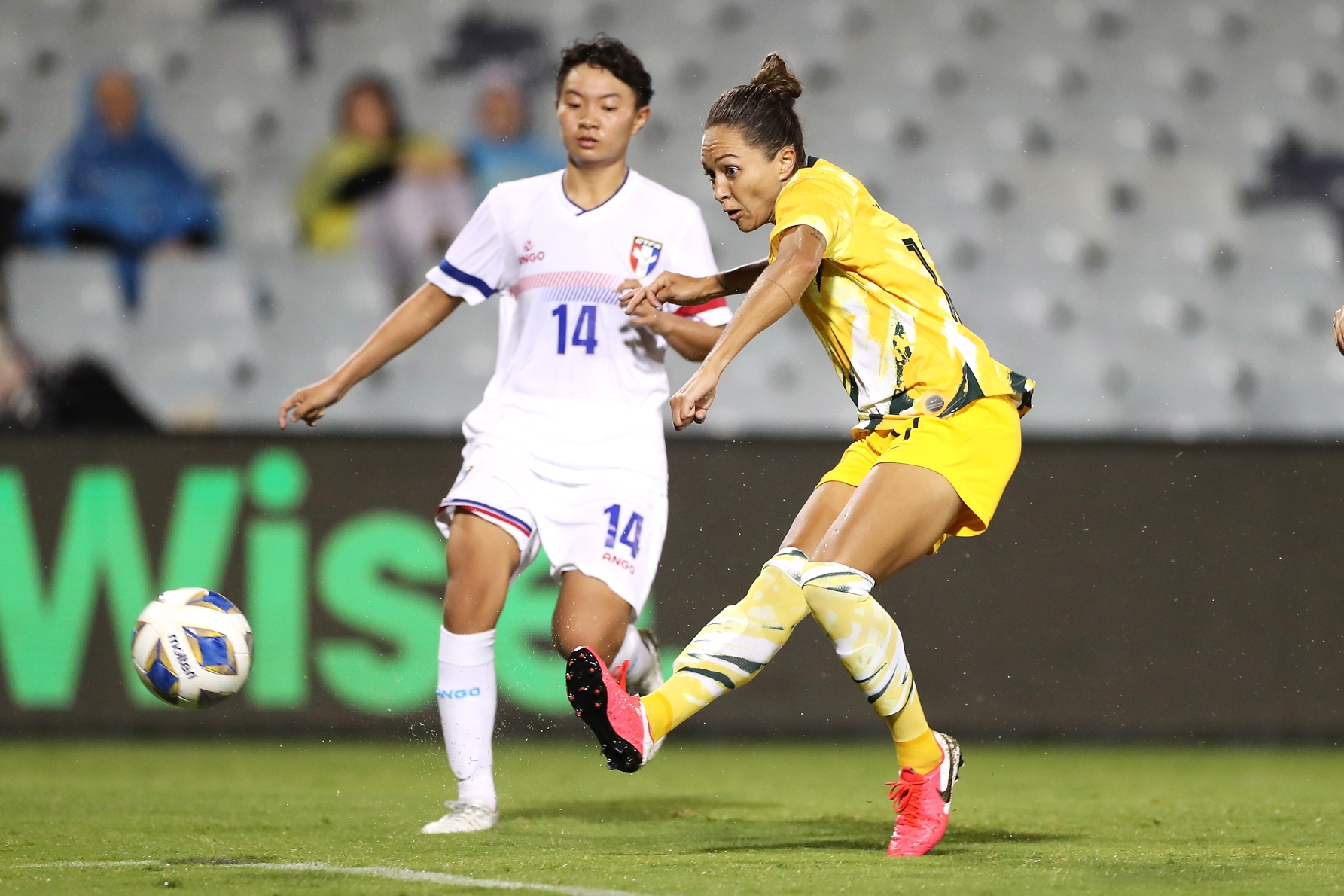 With skipper Sam Kerr starting on the bench, Foord took on the main attacking responsibility and delivered, scoring a sensational first-half treble.

It was the second time Foord has scored a hat-trick for the Matildas, coming after starring in the 5-0 win over Chile in 2018 in Newcastle.

"I’ve been really working on [my finishing], personally, in front of goal," Foord said.

“I felt that was something where I wasn’t confident. We’ve been doing that here in Matildas camp so it helps. We just wanted to be ruthless.  We didn’t just want to score one goal, we wanted to really dominate.

"That’s what we really planned to do and we just executed the game plan so we’re extremely happy. We’ve always kind of dropped our level against teams like this so we really wanted to play our football, and our level of football, and keep that at a high intensity."

MORE: Foord: We wanted to be ruthless

Carrying a quad injury into the match, Kerr started on the bench before being introduced after the break with immediate effect.

Kerr scored within three minutes of coming on to the pitch to take her international tally to 39 goals.

“It was just our combination play but also dominating the play. I think we did that from the front to the back [which was most pleasing],” Kerr said.

“It was really important to us we came out and dominated this game and I think we did that all over the park.

“Last time we played Thailand we didn’t do so well. We’re not taking anyone lightly. We respect everyone and we have to play our best football to win [on Monday night]. The women’s game has changed so much, there’s no easy games.”

The Matildas boss was full of praise for the way his side were relentless, especially in attack, but immediately switch focused to the Thailand game.

“One thing I will say about Thailand is it’s easy to say they have lost two, how are they going to approach it?,” Milicic said.

“But in the end, it’s a team that’s played at the World Cup. It’s a team that less than two years ago, took our side to a penalty shootout, that we drew with after 120 minutes.

“We won’t be complacent against that kind of opposition. It’s up to us now to back up this display and put it in again in the same way that we approached this game…”

“We have to be as ruthless as we were [on Friday] and hopefully that will set us up nicely for the China game.”

The Speedy winger capped another all-action display with a sensational run and finish to keep the goals flowing in the second-half.

“I’m really happy. I wanted to get a goal. I think I could have got a couple more but it’s great to get on the scoresheet and all the girls did really well.

“We couldn’t wait to get out here, it’s been a long preparation but we just focused on what we could and that was going out and training and preparing and that what we did. We came out and performed well.

Van Egmond might not have got on the scoresheet but her creativity and passing was a major factor for the Matildas, setting up a number of goals against Chinese Taipei.

"We definitely want to continue having that trait – being ruthless in front of goal – but another pleasing aspect of the game was that we kept a clean sheet,” van Egmond said.

“I think that is also a talking point and another main focus for us in this campaign is to obviously concede zero goals." 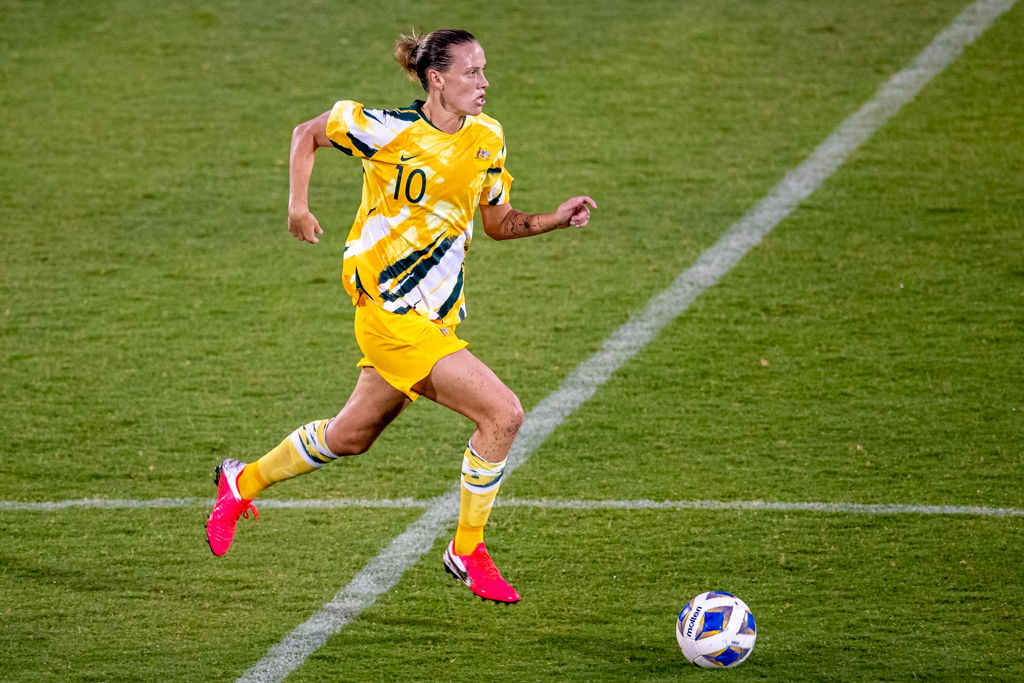