Foord: We wanted to be ruthless

Westfield Matildas forward Caitlin Foord praised a "massive team effort" as the side began their Olympic Football Tournament Qualifiers with a comprehensive 7-0 win over Chinese Taipei on Friday.

Foord was in fine form in front of goal, scoring a first-half hat-trick in the win, with four other players - Steph Catley, Hayley Raso, Sam Kerr & Katrina Gorry - all getting on the scoresheet.

It was the perfect way to begin the Road to Tokyo 2020, despite the difficult wet conditions at Campbelltown Stadium in Sydney.

Foord, who recently made the switch from Sydney FC to Arsenal in the FA Women's Super League, praised the "ruthless" Matildas.

"I think it was just a massive team effort,” Foord said post-match. “All the goals were team goals; they were good build ups and lovely assists from my teammates to get me my three goals.

"We just wanted to be ruthless.  We didn’t just want to score one goal, we wanted to really dominate.

"That’s what we really planned to do and we just executed the game plan so we’re extremely happy. We’ve always kind of dropped our level against teams like this so we really wanted to play our football, and our level of football, and keep that at a high intensity." 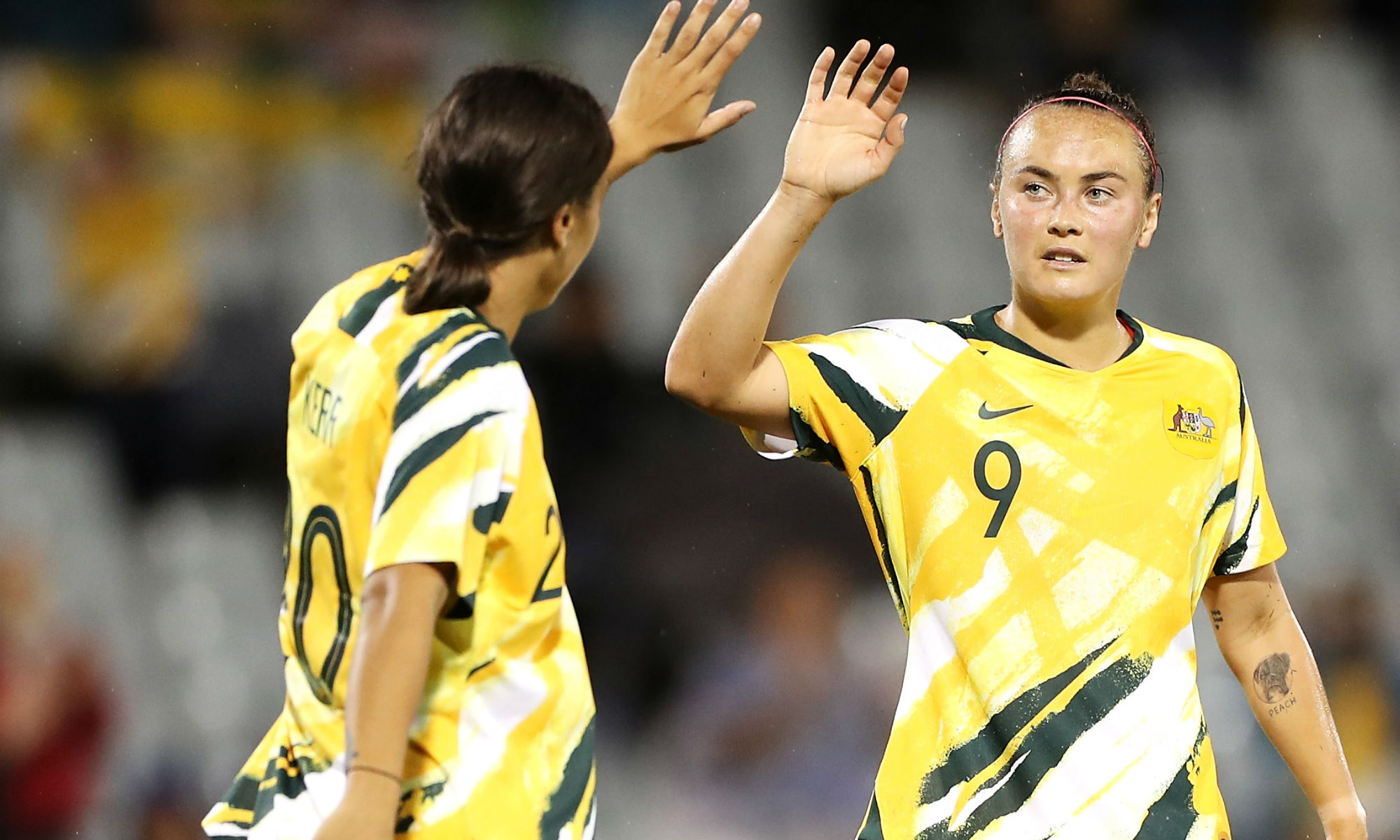 Foord's haul was the second time she has scored a hat-trick in the Green & Gold, following her effort in a 5-0 win against Chile in Newcastle back in 2018.

"I’ve been really working on [my finishing], personally, in front of goal," she said.

"I felt that was something where I wasn’t confident. We’ve been doing that here in Matildas camp so it helps."

Despite tickets only going on sale this week, a solid crowd turned out at Campbelltown to cheer on the Matildas in the wet, with games to come against Thailand at the same venue on Monday (Feb 10), and then against China PR in Parramatta on Thursday (Feb 13.

"We’re just happy to be in Australia and we get this home crowd to come and support us as well,” she added.

“We didn’t expect this, so we’re just really happy with the outcome.”