The Westfield Junior Matildas’ 2019 AFC U-16 Women’s Championship Round 2 Qualification campaign in Vientiane, Laos got off to a positive start on Sunday with Rae Dower’s charges securing a 3-0 win over IR Iran.

Goals to Georgia Beaumont and Grace Taranto – her first for Australia in an international tournament – had the Westfield Junior Matildas 2-0 up at the break, before Tijan McKenna rounded out the scoring just before full-time.

The win lifted Australia to first place in Group A ahead of Vietnam – who defeated Laos 1-0 later in the day – on goal difference after matchday one.

The Westfield Junior Matildas will play Vietnam on Tuesday, before completing their run of matches against hosts Laos on Thursday.

Australia will require a top two finish in their pool in Laos to advance to the 2019 AFC U-16 Women’s Championship, which will be held in September this year. 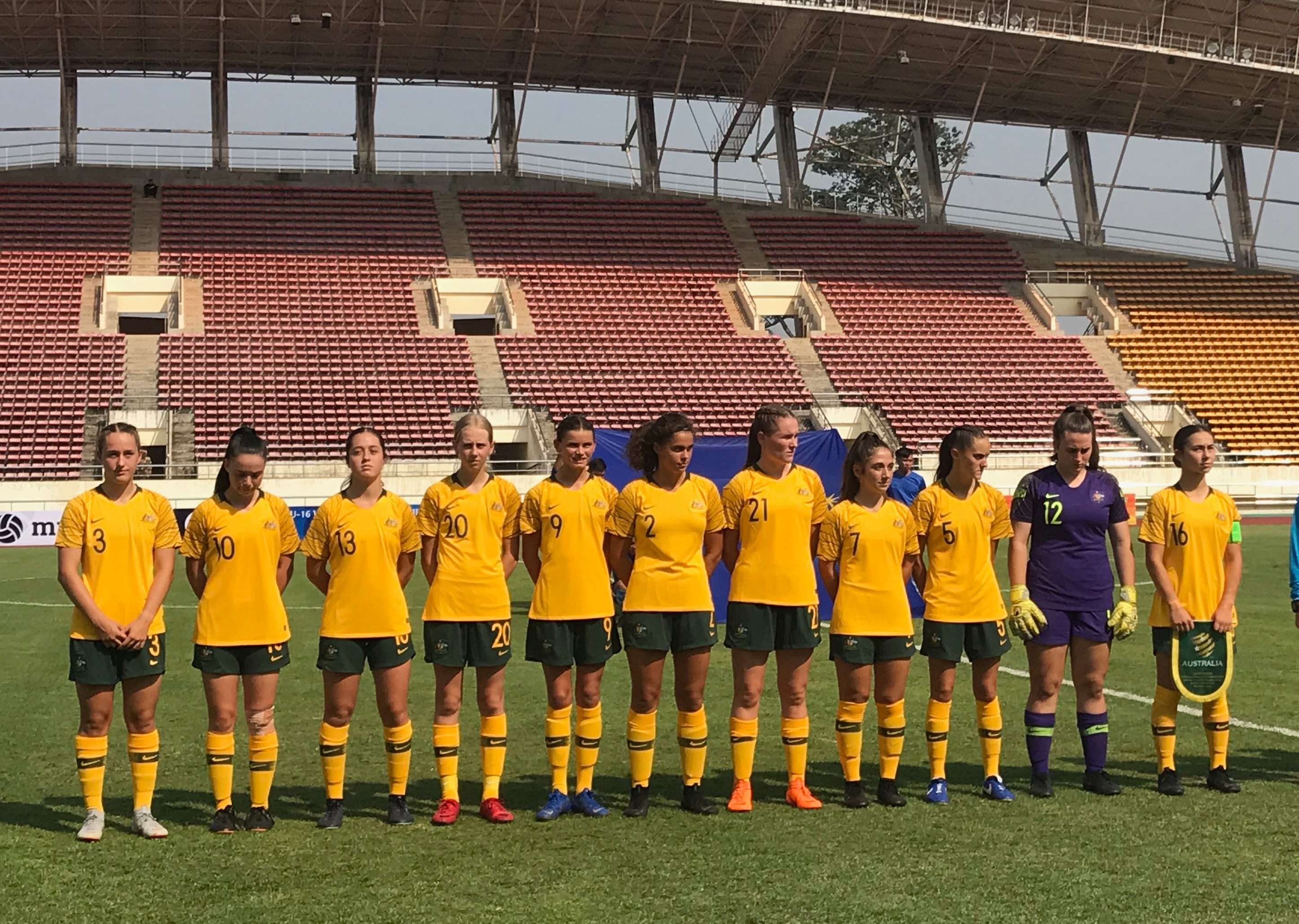 The 2019 AFC U-16 Women’s Championship will serve as the qualification process for the 2020 FIFA U-17 Women’s World Cup.

Following the match, Westfield Junior Matildas Head Coach, Rae Dower, said: “We are delighted to get our tournament off to a convincing 3-0 win in oppressive heat and humidity at the National Stadium. I'm particularly proud of the players’ efforts and the kind of football we played in such trying conditions.

“We managed to get another debutant scorer into the books in Grace Taranto, a clean sheet, some great team goals and most of all, the three points and a crucial win against a quality opponent in IR Iran.

“Recovery will be a key focus of tomorrow [Monday] and we'll look to improve on a few aspects as we look forward to the match against Vietnam on Tuesday afternoon.

“We know we will have to improve again on our performance from today, particularly in the final third where we were a little wasteful. We hit the post four times and didn't capitalise on a number of great opportunities that we created.

"As a team we are always trying to be better than our last performance and so being more clinical in front of goals will be a high priority for our next match.

“We are really looking forward to playing Vietnam on Tuesday afternoon in front of a pretty vocal crowd. There was plenty of green and gold on offer from the locals and a strong pack of travelling supporters today, and we look forward to the same on Tuesday.”