'We're not your mates': Catley's message to USA

Westfield Matildas star Stephanie Catley says all friendships will be put on hold in Australia's FIFA Women’s World Cup opener against the USA next Tuesday (AEST).

Catley is one of a number of the Matildas squad who plays in the US professional women’s league alongside many of the players they’ll come up against in the blockbuster Group D clash.

The 21-year-old left-back plies her trade with the Portland Thorns where she is team-mates with USA big-guns Alex Morgan and Tobin Heath.

But Catley declared mateship will go out the window for 90 minutes in Winnipeg.

Asked by www.matildas.footballaustralia.com.au how hard it is to put that friendship aside, Catley said: “I don’t think it’s difficult at all to be honest.

“I play against girls that I’ve grown up with, versing them in club teams in Australia.

“Playing overseas and playing for your country is something you just put aside.

The Matildas are heading to their sixth straight FIFA Women’s World Cup, making it to the quarter-finals in each of the last two tournaments.

But given the calibre of player in Alen Stajcic’s squad and the side’s superb preparation, Catley is confident they can better that result in Canada.

“The group of girls we have, there’s so much talent,” she said.

“It’s just about making sure it clicks on the day.

“We’ve worked so hard and we’ve got everything down pat.

“There’s definitely expectation for us to do better than the quarter-finals this year.” 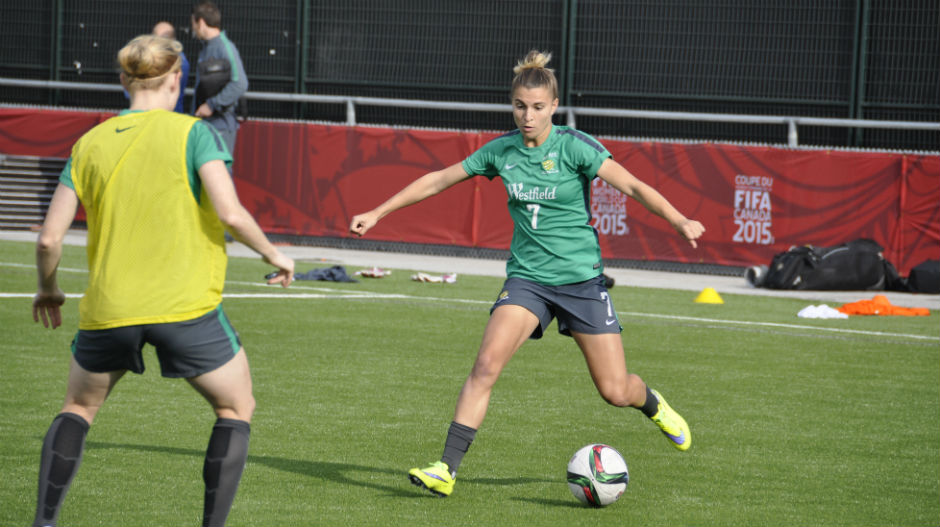 Catley praised the influence Stajcic has had on the squad in the lead-up to the tournament, which has seen them in a number of different training camps and playing matches all over the globe since the start of the year.

“It’s a never-say-die attitude and giving 100 percent whenever you’re out on the field.

“Everyone is clear about what we want to do at the World Cup and with the talent we have I think we can achieve great things.”

The Melbourne Victory defender has been a part of the Westfield Matildas squad since 2012 and has been blown away by the way the women’s game has grown in that time.

“Women’s football in Australia has come a long way but to have a good result at the World Cup would give it the recognition that it needs, a little nudge into the limelight,” Catley said.

“Having the games on SBS TV is awesome so we can show what we’ve got and against the best in the world.

“The first few games are huge against Sweden and the US, if we can get results out of that we can do anything.

“Getting a good result would just boost our profile and get some awareness for the girls.”