Here we go! This exciting Westfield Matildas side kick-off their FIFA Women’s World Cup adventure with a dream tie against powerhouse USA on Tuesday morning AEST – can Australia shock the Americans?

For that to happen, though, the spine of the team needs to play the game of their lives. And a bit of luck always helps, doesn't it?

Lydia Williams will need to have a blinder in goal. The tall and impressive keeper is likely to be busy.

If she shows her undoubted quality, she will play a huge role in any such winning scenario.

Coach Alen Stajcic has been playing around with formations in training games against China, NZ and Switzerland, but whether it's a 4-2-3-1 or a 4-3-3, the Green and Gold need playmaker superstar Katrina Gorry to find space in attacking pockets so she can get that all-important sight on goal – the AFC player of the year's long-range efforts will test Hope Solo in the US goal. She is Australia's potential match-winner. 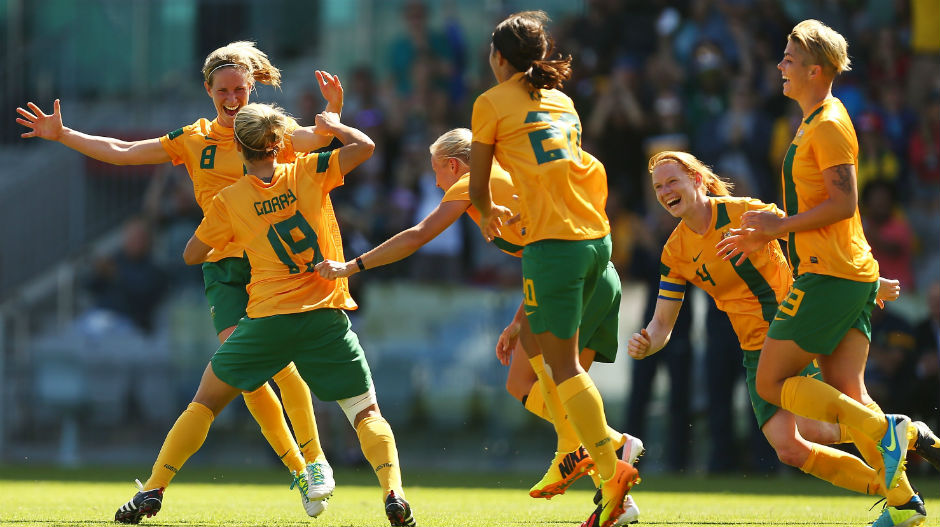 Attacking gem Lisa De Vanna will not want to be forced to play with her back to the US goal. For Australia, they need her to turn markers, face the US goal and run at lightning speed at what could be a tiring US side late in the game.

Her finishing and experience will be key but that explosive pace will also be massive if Australia is to start the World Cup on the right note.

The Matildas have the weapons to hurt the US. But Australia’s central defensive midfield two or one – potentially Emily Van Egmond and/or Elise Kellond-Knight and Tameka Butt – will have to tirelessly shield the back four. Their communication will be very important as will the defenders behind them orchestrating the defensive effort when Australia does not have the ball (which is likely).

Stajcic will have a decision to make in regards to the make-up of his midfield. While Gorry and van Egmond would seem certain starters, it will be interesting to see who fills the third spot in the middle of the park.

Kellond-Knight and Butt have the international experience although pocket-rocket Teresa Polias is another option.

Expect Heyman to lead the attack as the out and out central striker with co-captain De Vanna on one flank, Sam Kerr likely to fill the other spot having impressed in the 11-0 rout of Vietnam in side’s last friendly before leaving for Canada. 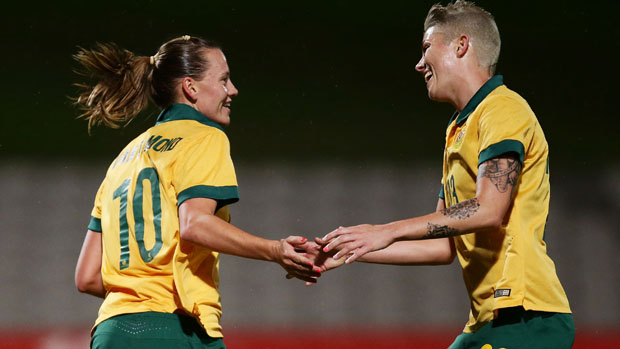 Attacker Michelle Heyman will not only have to take the few opportunities that come her way, but she will also have to press relentlessly along with the three attacking midfielders behind her and wide.

Defend high and keep the US pinned back, forcing them to go long and for Australia to win those second balls will be the plan.

Stajcic has vowed to employ an attacking, pressing style in Canada which will make the Matildas exciting to watch but will this leave them exposed to USA’s swift counter-attacks?

It means defenders such as Alanna Kennedy, Clare Polkinghorne, Laura Alleway and Steph Catley will need to be on their game down back.

The US will look to former World Player of the Year Abby Wambach, Alex Morgan and the lightning quick Sydney Leroux to spark their attacks.

The Americans are masters of World Cup football and are the only nation to make it to at least the semi-finals of each previous edition of the competition, winning it twice in 1991 and ’99.

But they feel 16 years since they last lifted the World Cup trophy is too long, and they have been supremely focused on ensuring now is the time to end the drought.

When results dipped early in 2014, ex-Matildas boss Tom Sermanni was sacked - just 15 months into his tenure – and replaced by current coach Jill Ellis.

She has made Team USA a far more flexible outfit and they are on a nine-game unbeaten run heading into the World Cup.

But all that will count for nothing come 9.30am (AEST) on Tuesday. 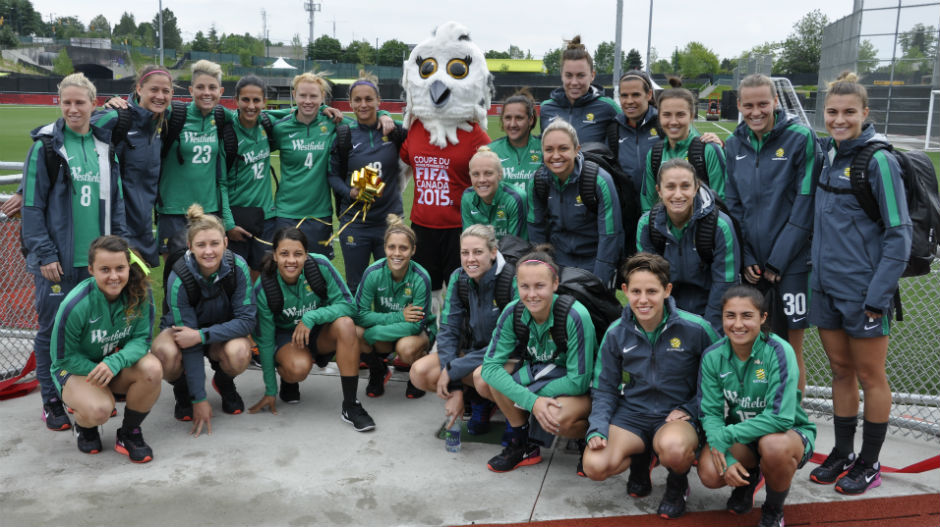 For the Matildas their long and extensive preparation should ensure they are ready for battle. The squad has literally been on the road for most of this year and in camp.

It’s now time for them to believe. Believe they can take on a powerhouse on the biggest stage and shock them.

In group football the opening game is often the most important. A win would set up qualification through the group – a loss and things become a helluva lot more difficult though not impossible.

And it all starts in Winnipeg as Group D – dubbed a group of death.

The nation hopes Australia leave Winnipeg with at least a point – though three would be fabulous and not entirely fanciful.