Kyah Simon freely admits she has not felt this healthy or excited about football in a long time.

Those words will no doubt be music to the ears of Westfield Matildas fans who welcomed the sight of the 28-year-old on Ante Milicic's 20-player strong roster for February's Tokyo 2020 Olympic qualifiers in China.

Returning to the national team fold is an outstanding accomplishment for Simon, one of Australia’s greatest ever goal scorers, after what has been a hellish year on the fitness front.

Simon's injury history is well documented and she has considered retirement several times. Even her personal website devotes a page listing the setbacks she has endured throughout her career, followed by an eight-step guide written to support anyone else struggling through rehabilitation.

However, 2019 was a particularly trying period for the first Indigenous Australian to score a World Cup goal.

It began with a season-ending ankle reconstruction, and after fighting tooth and nail to prove her fitness for Australia’s Women’s World Cup 2019 campaign, a hamstring injury saw her omitted from the squad a month before a ball had been kicked in France.

“That was probably the toughest point in my career,” she told matildas.com.au on Wednesday.

“It was a really stressful four months leading into that pre-World Cup camp. The lack of minutes and match fitness to go to a major tournament probably worked against me.

“It was shattering [to miss out]. It was really stressful and challenging throughout that rehab. And to not achieve my end goal was devastating.”

But Simon believes her fortunes are beginning to change and Wednesday’s national team re-call is evidence enough that the former Boston Breakers striker is returning to peak fitness.

She has made six appearances for Melbourne City in the Westfield W-League this season and admits that this is the first time she has played without the spectre of a lingering injury or niggle since 2017, a year that saw the Blacktown-born prospect undergo a double shoulder reconstruction.

The secret behind Simon’s latest rehabilitation, outside of being diligent with recovery, the striker says, is the food she is consuming.

Simon has been working with several nutritionists since the start of 2019 and believes eliminating gluten has been ‘the biggest and most notable change' she has made to her health.

“I’ve pretty much cut out gluten and dairy,” she said.

“I am intolerant to gluten, but I didn’t know that until I got tested at the start of last year.

“Half of my injuries are caused by inflammation and when you think that your body is intolerant to a certain food, that is causing extra inflammation in your body. 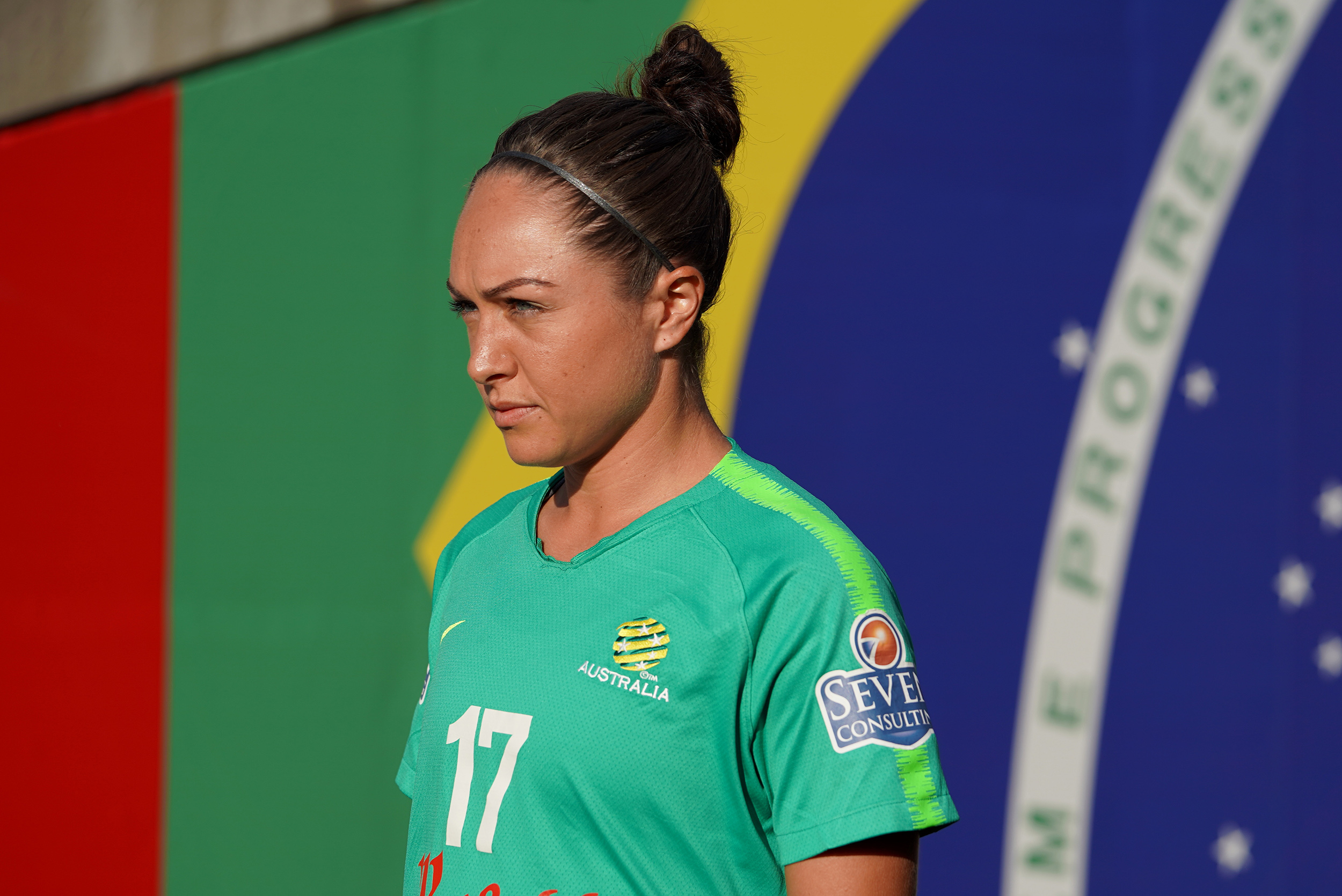 "Limiting the inflammation in my body with the foods that I’m eating is really an undervalued process and when you accumulate how many meals you have throughout the month and year, and that extra impact that might have on your recovery and training and how your body is feeling physically… it has been huge for me, and probably no surprise why I am feeling better.”

It goes without saying that Simon is leaving no stone unturned as she seeks to prove not only her fitness to coach Milicic but remind the Australia and incoming Macarthur FC boss of her ability to produce big goals for the national team.

Simon scored the winning penalty in Australia’s 2010 AFC Asian Cup triumph, notched invaluable goals in both the 2011 and 2015 FIFA Women’s World Cups and also found the net for the Westfield Matildas at the 2016 Olympics.

She is dreaming of another Olympics with the green and gold, but the 87-times-capped Westfield Matilda knows all focus must now rest on putting her name in the frame for selection over the coming weeks.

Milicic will have a slightly smaller squad number of 20 players, including three goalkeepers, at his disposal when Australia travel to Wuhan, China, for February's qualifiers against China PR, Chinese Taipei, and Thailand.

That tally will be whittled down to 18 should Australia qualify. And Simon, fit, healthy and excited about the future again, cannot wait to prove herself.

“I had to be unavailable for games again which was disappointing for me but baring in mind the bigger picture,” she said.

“I’m super stoked and excited to be back in the green and gold.” 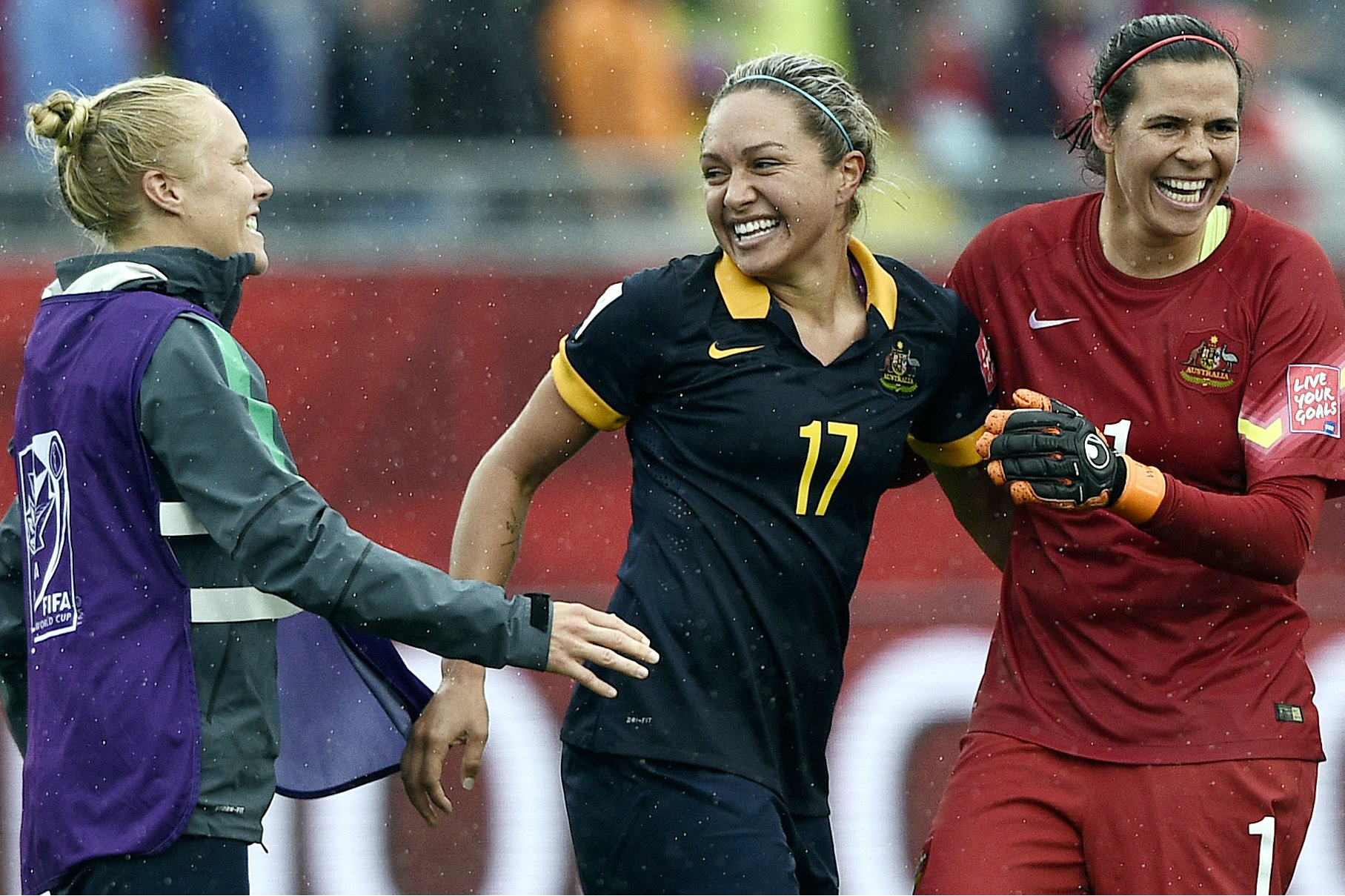