How the Matildas are inspiring the next generation of Olympic heroes

Today, the Matildas will kick off their Tokyo 2020 Olympic campaign against Trans-Tasman rivals, New Zealand, with the Olympic Spirit burning particularly bright in a household of young Tillies fans who were inspired by a Carpenter family interaction.

Three children huddled up in front of the television ahead of the Matildas' friendly clash against Japan last Wednesday, donned in their favourite player's jerseys and hand-made green and gold signs in hand.

"There was so much excitement from my little people as kick-off rolled around," mum Alison said.

"I had been using the fact that they could stay up to watch the Matildas as bribery for the kids completing their online work all day. 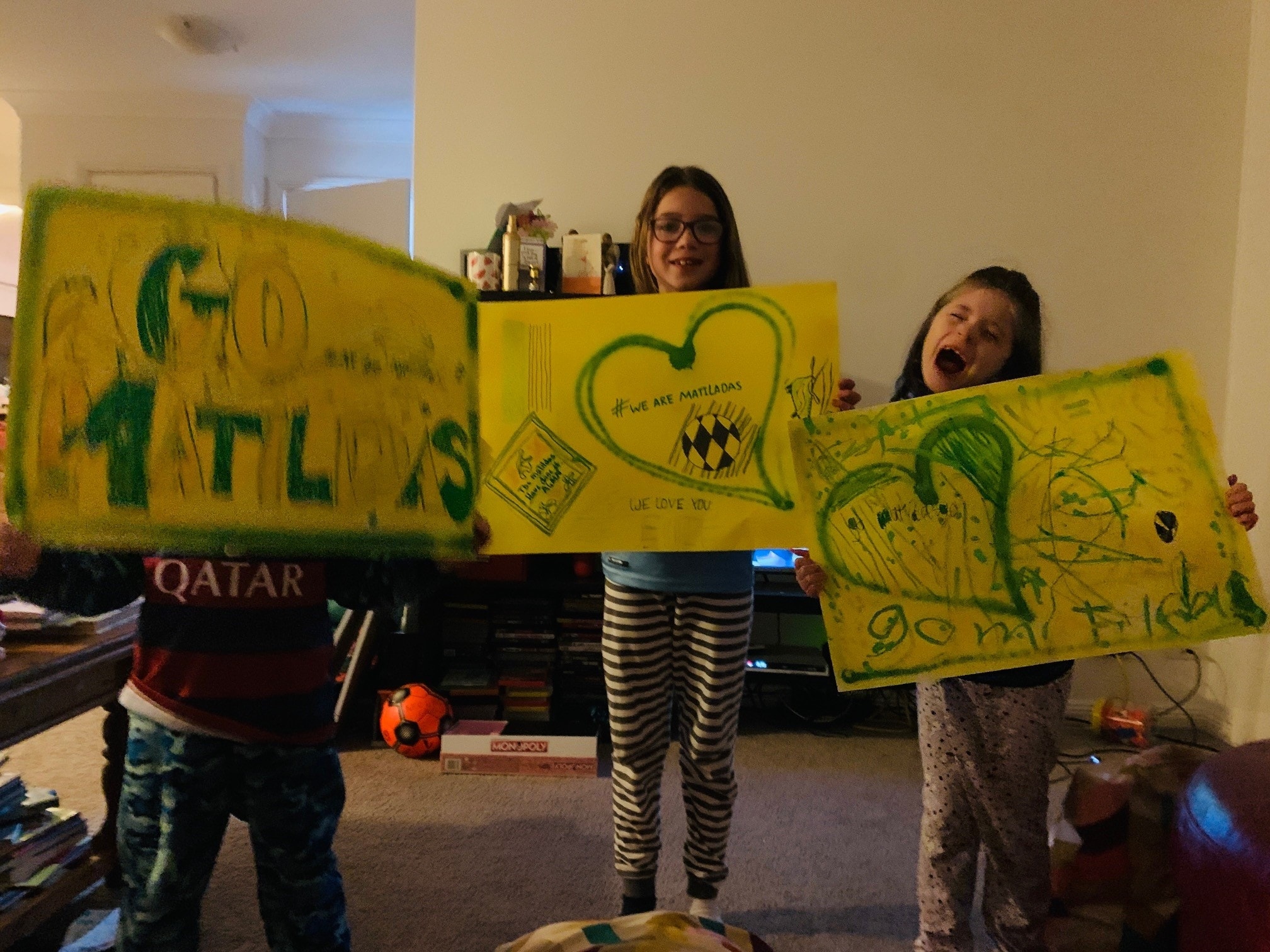 "Whenever I post an image about football and my kids on social media, I always hashtag #shewantstobeelliecarpenter, as my eldest daughter, Evie, idolises Ellie to the point where we have to take photos next to the Pantene ads in Woolworths where Ellie is pictured," she continued.

"The following morning, we woke up to a lovely message from Belinda Carpenter, thanking Evie for the support she has shown Ellie," Alison said.

"When I showed Evie, she welled up in tears and was speechless, as was my younger daughter.

The heartwarming interaction prompted an important conversation between Belinda, Alison and her children, around the importance of having female role models to look up to. 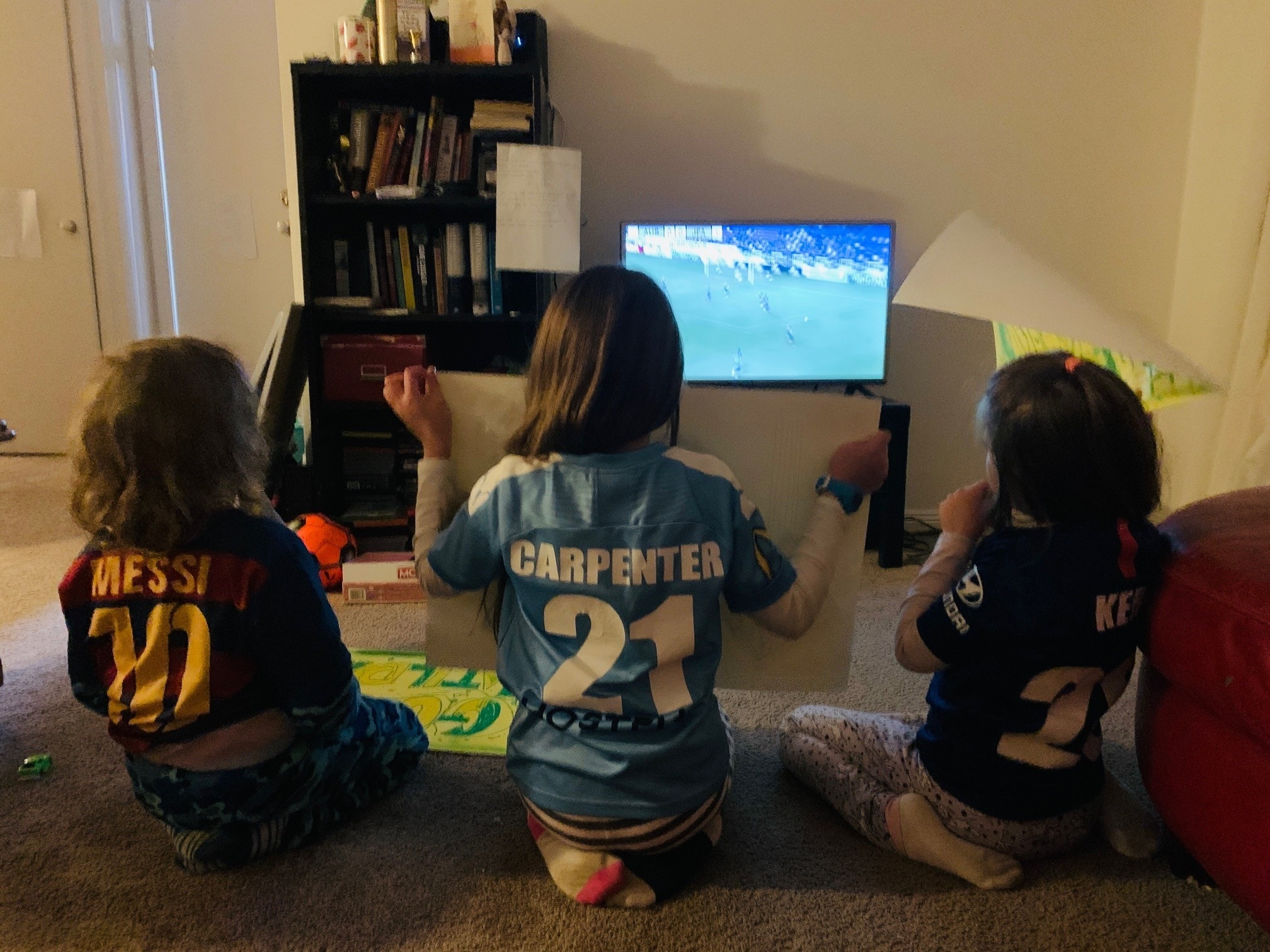 "This was a perfect example of how even the smallest moments of connection with an elite female footballer, can make a huge difference in terms of inspiring our girls and women and encouraging them to get involved in this awesome sport," Alison said.

"I don't know Belinda or Ellie on any personal level other than that we follow and watch Ellie's progress.

"My girls train with the hope that one day, they will be able to run down the sideline even half as fast and as well as she does," she continued.

Alison said that these simple moments go a long way in encouraging young girls to pursue and stay in the world's greatest game.

"We were very inspired and grateful that Belinda reached out to us.

"Through working towards building relationships between clubs and elite female players, I really do believe this will have an impact in assisting more of our girls to get involved and stay involved in football."