Grant delighted with Year 12 results after juggling studies with football

Adelaide United’s Charlotte Grant may be progressing on the football pitch but she is also making giant strides off it.

In fact, the 18-year-old has just received her ATAR score for her studies in Health, English, Maths, Human Biology and Sports Development and she was delighted to discover her impressive result of 93.8.

Pair that with Grant making her Westfield W-League debut in November 2018 and moving away from home to spend seven months on scholarship with the Future Matildas in Sydney and it has been quite the rollercoaster year.

Charlotte has not only been keeping up footballs in 2019. Her studies and some social time needed some juggling, and all of that hard work paid off when she received the news of her ATAR.

“It was really rewarding because I had a few challenges and I worked really hard towards it so I’m so happy.

“With the training I had with the Future Matildas, I pretty much spent most of my spare time studying and communicating to my teachers to make sure I’m on the right track.

“It was hard but because the studying was online, it was so flexible to be able to fit into my study time and just do it when I had free time.”

“Because the study was so flexible I was able to do it when I had spare time from soccer.”

Relocating from home in South Australia to New South Wales would be a big move for any teenager, but managing a blossoming football career and year 12 exams comes with its own challenges.

Charlotte was helped by the support of Football Federation Australia via Jackson Kupke (Performance Support National Teams) and Future Matildas head coach Leah Blayney, and fortunate to have the expertise of teachers of the distance education program administered by Lake Ginninderra College in the ACT.

“I just would contact my teachers by email and it was just whenever I was struggling with any class content or any questions I had, I could just contact them or the program coordinator.” 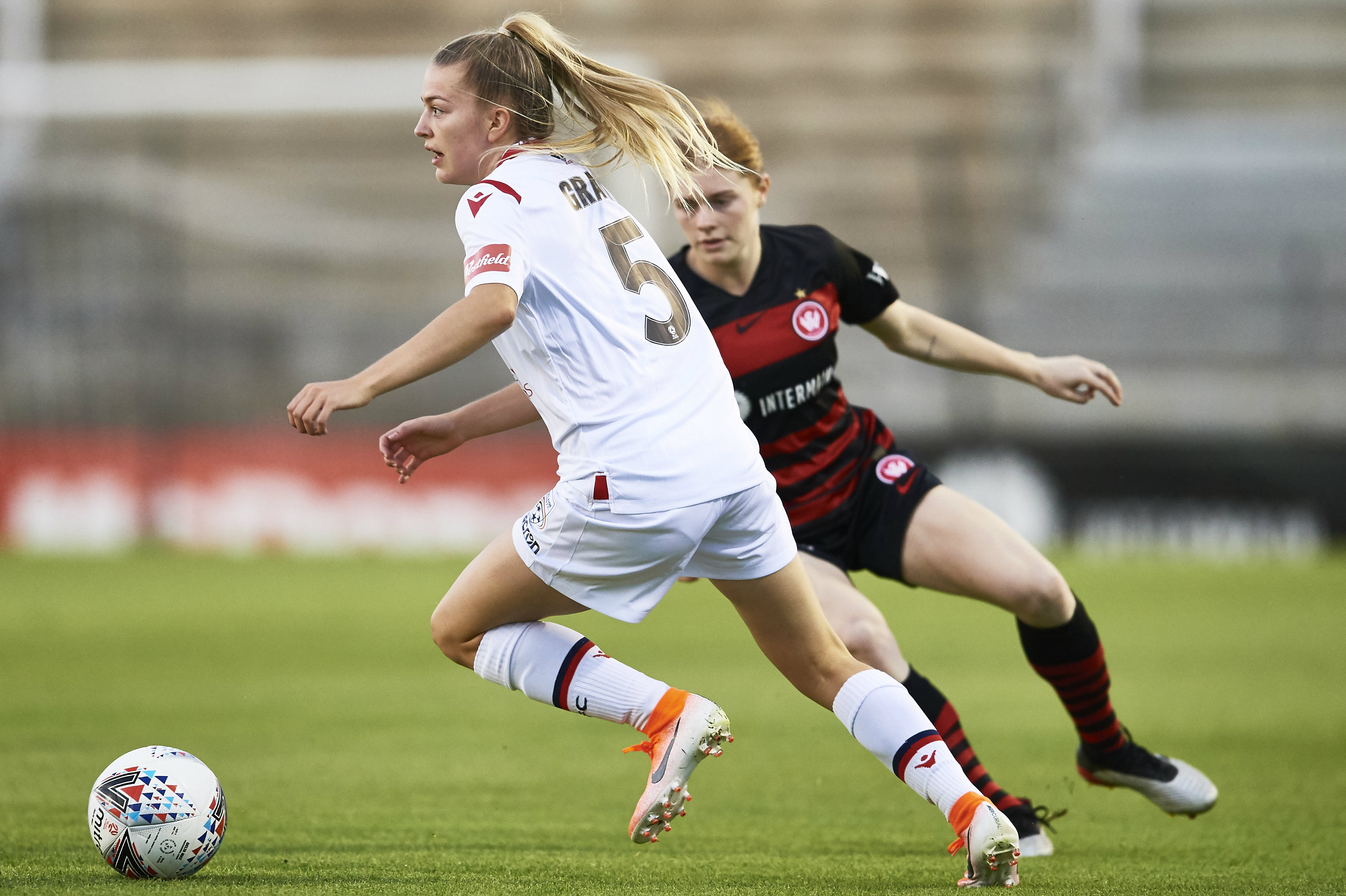 It took discipline and self-management to keep up with such a busy schedule; more skills Charlotte has taken on board as part of her own personal development.

“If we had a double session, we would have training in the morning and then afterwards get back from training and have study for that free time,” Grant said.

“Playing soccer was definitely a break from studying. It relieved some stress and catching up with some friends and stuff after that for lunch or dinner was my downtime, so I got some soccer, study and social time.”

“When I stepped out on to that pitch, it got rid of all of the stresses!”

MORE: Download the My Football Live app now!
MORE: Westfield Matildas in the Westfield W-League - what's in store for Round 6?

As part of the Future Matildas program, Charlotte got to rub shoulders and train alongside some of her football heroes, such as Westfield Matildas Lisa De Vanna and Emily Gielnik.

Not only did she take her football game to another level, but she also forged friendships with her fellow Future Matildas that will may well last forever.

“It was an amazing experience and I loved every minute of it,” she said.

“To train with those girls and become really close friends with them was a big highlight.

“Our group has so much potential, I’m really looking to see how well we progress.

“I think I have become more confident in myself, more organised and even more mature to live away from home. I’ve even had to do my own washing!”

“I improved so much as a player, my game has improved so much, and it gave me the opportunities to train and play with some of the best players in our country so I’m really grateful for that.” 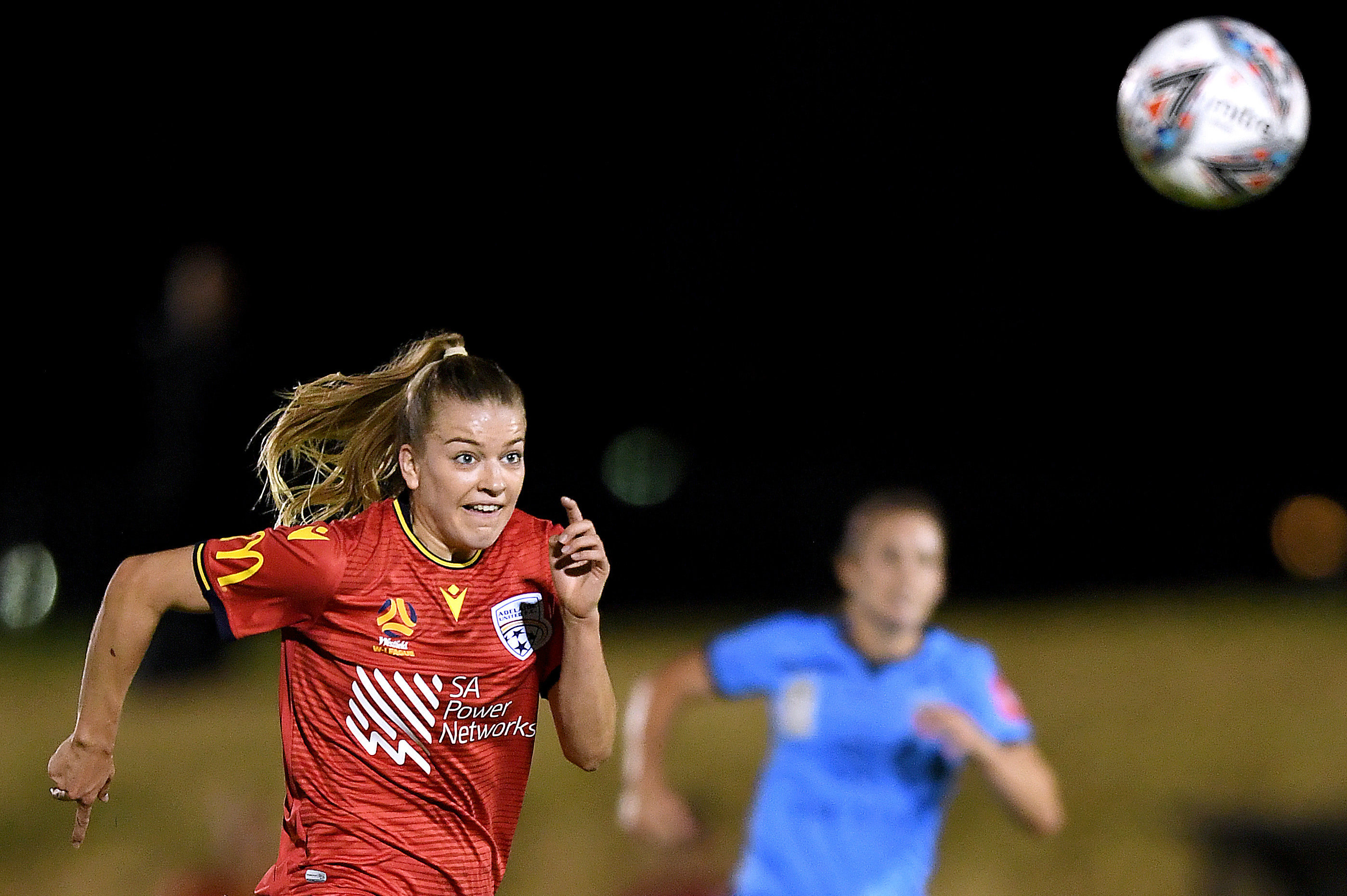 After making 11 appearances, including four starts, for Ivan Karlovic’s Lady Reds in 2018/19, Charlotte headed into her second Westfield W-League campaign feeling like a completely different player.

Now back in her hometown of Adelaide, she is carrying with her the lessons learned from seven months with the Future Matildas.

“It’s nice to be back home but I really miss all of the girls,” she said.

“When I moved to Sydney, it was hard being away from my family.

“The home stay family I lived with were great and I stayed with Karly Roestbakken, and we got on really well, and we felt really comfortable.”

“I think being part of the Future Matildas prepared me for the W-League. I felt more confident coming into the W-League this season than I did last season. It was a great experience.”