It is only a matter of days before our Commonwealth Bank Matildas grace home soil for their first time in over 18 months. With that in mind, we've compiled some fun stats about our games against Brazil.

Our games against Brazil in Sydney will be the first time we have played on home soil in almost 600 days, with our last game in March 2020 for Olympic qualifiers against Vietnam.

The two-game series against Brazil marks some important milestones in some of our player's careers.

Kennedy would be the fourth player this year to reach the century milestone, with captain Sam Kerr reaching the milestone in our last game against the Republic of Ireland.

Kennedy made her debut for her country in 2012, in a friendly against Trans-Tasman rivals New Zealand at WIN Stadium.

Her nine-year career with the national team has seen her transform into a world-class player, scoring some crucial goals over the years most notably scoring the opener against Great Britain in our historic quarter-final win at the Tokyo 2020 Olympic Games.

Speaking of goals at the Tokyo 2020 Olympic Games, captain Sam Kerr scored six in the span of our Olympic campaign.
Kerr's goal in our Bronze medal match against the USA made her the all-time leading goalscorer for the Commonwealth Bank Matildas with 48 goals for her country.

Kerr is chasing Socceroos legend Tim Cahill for the Australia international goals record, with Cahill having 50 goals in green and gold to his name. The last time we faced Brazil on home soil in Newcastle in 2017, Kerr was on the scoresheet twice against the South American giants.

Two more goals for her country would see her equal Cahill's record for Australia.

Our two-game series against Brazil will be the Commonwealth Bank Matildas seventh international friendly this year, 2021 has seen 10 players make their senior international debut for their country.

The venue for our games against Brazil, CommBank Stadium, hosted our record-breaking game against another South American side, Chile, in November 2019. The game set the attendance record, with 20,029 fans seeing us beat Chile 2-1.

NSW Government has announced a welcome increase in tickets available for the two-game series against Brazil, with the venue capacity increased to 22,500, giving us an opportunity to break our previous record set in 2019.

The introduction of new young faces in camp is something that coaching staff are excited to build on, looking to the future of the 2022 Asian Cup and the FIFA Women's World Cup 2023™️ on home soil.

Giving these young emerging players the opportunity to train in a competitive environment will help them gain invaluable experience.

The last time there were more than 10 debutants in a year was 2012 with 11 players, including Steph Catley, Alanna Kennedy, Emma Checker and Mackenzie Arnold, making their international appearances.

Bryleeh Henry was another new face on our October squad list, with the young striker becoming the 56th player to come into our senior high-performance camp this year.  For 16 of the 56 players, it was their first time called in.

Henry's call up comes off the back of a stellar season for Western Sydney Wanderers, her debut season saw Henry net two goals and playing 11 games for the Wanderers.

Bryleeh has represented Australia at the youth level, and more recently was a part of the Talent ID camps hosted in 2020.

Since their first meeting in 1988, Australia and Brazil have played 19 times with the Aussies leading the head-to-head 10-1-8.

The first time the two sides faced one another on Australian soil was at the 2000 Olympic Games, since that meeting we've played the team from South America five more times on home soil. 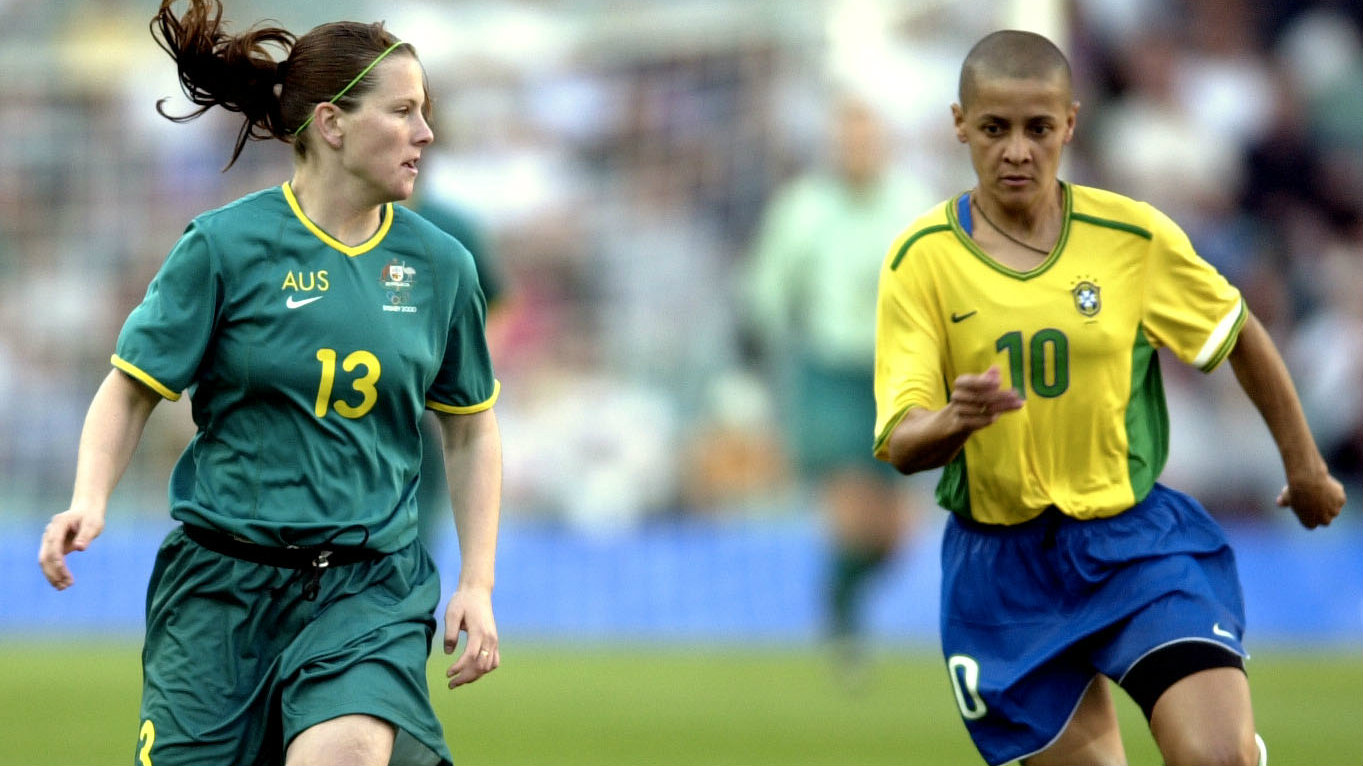 Our last meeting was at the 2019 FIFA Women's World Cup, where Australia came from behind to win 3-2 in the group stage.

With the AFC Women’s Asian Cup 2022 just 92 days away, Australia will continue their preparations for Asia’s continental championships as they await to find out their fate at the tournament draw on 28 October in India.

Our last visit to the Asian Cup in 2018 saw us claim runners up, with Japan winning the final in the 84th minute.