The Check In: Emily Van Egmond going from strength to strength at West Ham

In our latest instalment of the check-in, we caught up with London-based Van Egmond, who is currently starring in the middle of the park for the Hammers in the women’s top flight in England.

The Newcastle-born midfielder has been highly influential on the pitch since joining the East London club on loan for the 2020/21 season from NWSL outfit Orlando Pride.

Despite heightening COVID cases and the country entering a second lockdown, the English football season has been able to continue, with Van Egmond in great form for West Ham.

"Off the pitch in London so far has been a little different. We’re in a second lockdown now so we’ve really been sticking to our bubbles with our clubs which is the most important thing,” Van Egmond told matildas.com.au.

"We’re very fortunate to be playing football during this time so it’s important we follow the protocols and the safety measures that have been put in place for us to continue to play the game we love."

The move to London was made somewhat easier with a Westfield Matildas team-mate already on West Ham’s books.

"It’s been good coming into West Ham and having a familiar face in Mackenzie Arnold around the club." Van Egmond added.

READ: Excellence on and off the pitch, Westfield Matildas awarded AIS Scholarships

WATCH: Generations of Australians - The Logarzos

"I think it’s been really good for me, obviously coming in a little bit later than the rest of the girls, so that was nice.

"Having a fellow Aussie around is always nice, especially when you’re missing time away from family."

However, it's been a relatively challenging start to the FAWSL campaign for West Ham. They were winless from their first five matches, with only one point to their name thanks their 1-1 stalemate against Tottenham in their season opener.

But Van Egmond has still managed to find her feet despite her side’s poor start to the season, and grabbed her first goal for the Hammers in their 4-2 defeat against Manchester United in mid-October.

She then backed that up with a crucial goal in the following round that sealed their opening win of the campaign at Birmingham City.

It was therefore no surprise to hear that the midfielder is beginning to adjust to life abroad as she and a contingent of Westfield Matildas stars fly the Aussie flag across the FAWSL.

Personally I feel like I’ve adapted quite well to the league. I think it’s been pleasing to score some goals but also for the whole team to be putting in some really good performances.

"We definitely have the talent and potential to do so. All in all it’s been quite pleasing and of course regular game time is always a good thing as a player. 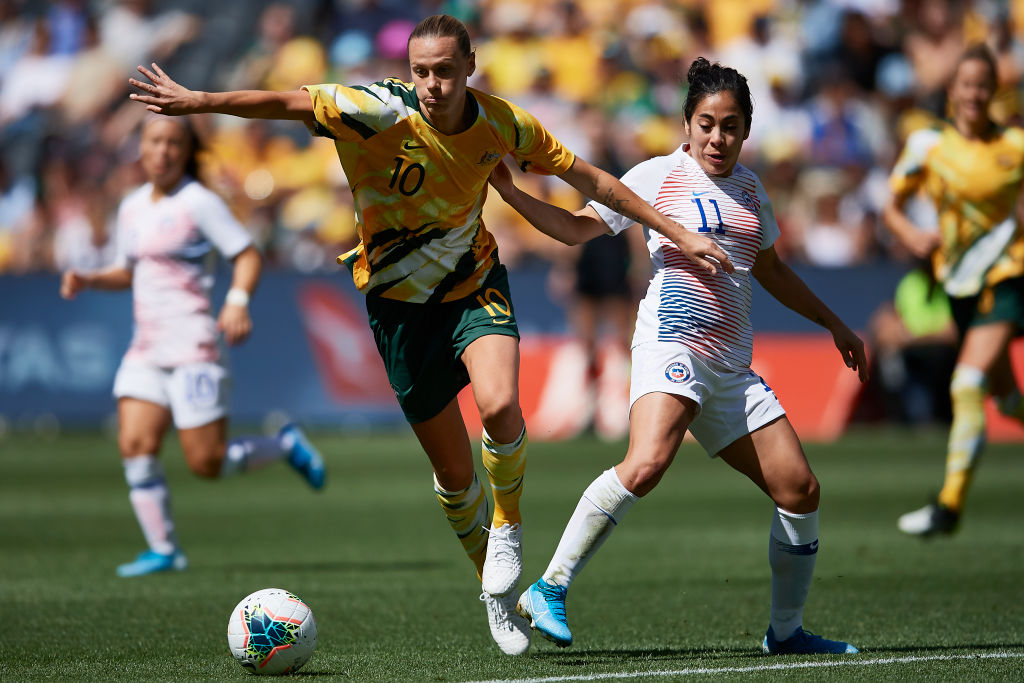 The next three matches before the Christmas break could prove to be make-or-break for the Hammers, however Van Egmond is hopeful that her team will be capable of coming away with some positive results.

"The next few weeks we have some great games lined up so hopefully we can go out and showcase what we’re all about."