Star defender Steph Catley flies to Portugal tonight confident the Algarve Cup will supercharge the Westfield Matildas' development with a tough group ahead, starting with the Swedes.

The Australians face Sweden, Netherland and China in Group C in Portugal.

And with a younger group of players alongside a core of big name Matildas, the 23-year-old says they’re going to the Algarve to develop the team but also win.

“Every ‘A’ international matters because you want to be in that top six [in the world] so you get a decent group at major tournaments, so a higher ranking helps and these games are good for us to develop, but also we’ll be looking to get wins.

"Sweden is very disciplined, after watching them at the Olympics, and a great defensive unit and combination plays in the final third – getting through that structure is going to be key for us,” she told www.footballaustralia.com.au at the launch of the ALDI Mini Roos on Wednesday.

For more info on the Algarve Cup click here

Catley, 23, a Melbourne City star and regular in the national team added the Algarve Cup is another chance for her to make an impact as a senior player in a younger group of players.

“Particularly in this camp. Up until now I’ve felt like I’m a senior player because I’ve been around for while and leadership is something I’ve grown into and I’m doing that at club level.

“And I want to start developing that [leadership] at an international level.” 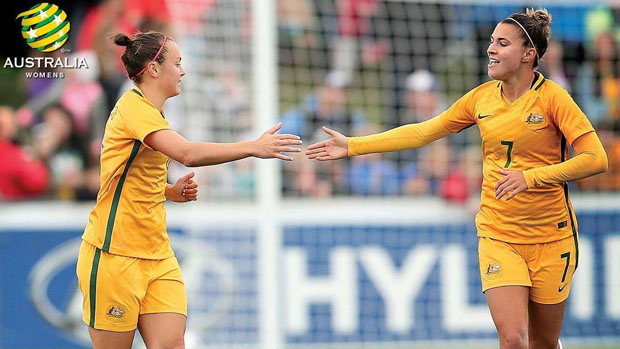 “She’s incredible,” says Catley, who played with the Reds star Chidiac at City before her successful switch to Adelaide.

“She can make an impact, quick with her feet, confident and she’s brilliant and combines with other players and wants to learn.

“And there are a couple of spots up for grabs.”

It's been a busy period for the star, having won the Westfield W-League and flying in to Canberra immediately afterwards for a camp. 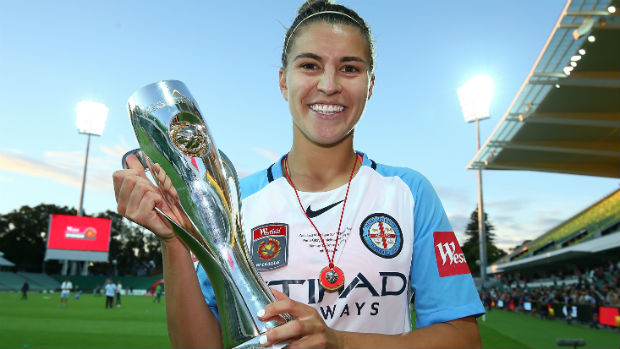 She got two days back at home in Melbourne before flying onto Sydney to complete preparations for the tournament in Portugal.

“I felt a bit heavy [in the legs] in Canberra but I feel great now," she added.

As for her club future, Catley said she was assessing options. “I’m talking with Orlando Pride at the moment.

“I’m thinking another year in America and hopefully I get a good season and I’m fit as I was pretty injury plagued at the Olympics.

“I want to get my head right, fully confident and fully fit, have a good season in the US then maybe look to Europe next year.”

The attacking full back was on hand to help launch the ALDI Mini Roos sponsorship with Archie Thompson and students from Parramatta East Public School.

The Algarve Cup is a global invitational tournament for women's national teams held annually in the Algarve region of Portugal since 1994. It runs March 1-9.

Australia open their tournament against Sweden on March 1 at 6.30pm local.