Caitlin Foord discusses her latest move to Women’s Super League outfit Arsenal and how she’s settling in after a fantastic start to the season.

Foord has been in red hot form since making the move from Sydney FC to Arsenal this year with her record in front of goal proof that she is in a purple patch.

She sits in a standout third on the WSL’s goalscoring leaderboard with four goals from her five WSL appearances this season.

It is this kind of incredible start to a campaign which has placed the Westfield Matildas striker in good stead as she looks to build on her impressive performances come next year.

“I’m just enjoying myself, taking every opportunity to play for a club like this and play with the players I’m surrounded by,” Foord told Matildas.com.au.

“I guess it’s just been really fun to play with these players and it makes it enjoyable to play and I look forward to training and the next game just purely because of that.

“I love the way we play here and I love who I’m playing with. I put it down to just enjoyment.”

READ: Polkinghorne in mix to cap off inaugural Norwegian season with silverware

READ: Sally Shipard: ‘Football provided me with such wonderful experiences and such lovely highs’

Her move to England seemed to have arrived at the perfect stage in her career with the change of scenery having benefited her on the pitch.

“I came off a weird stage in my career so I just knew I had to focus on my game and the players I’m surrounded with. I think that’s helped get me back to where I know I can be and where I want to be,” she said.

“I know I’m not exactly there yet but I’m definitely moving in the right direction.” 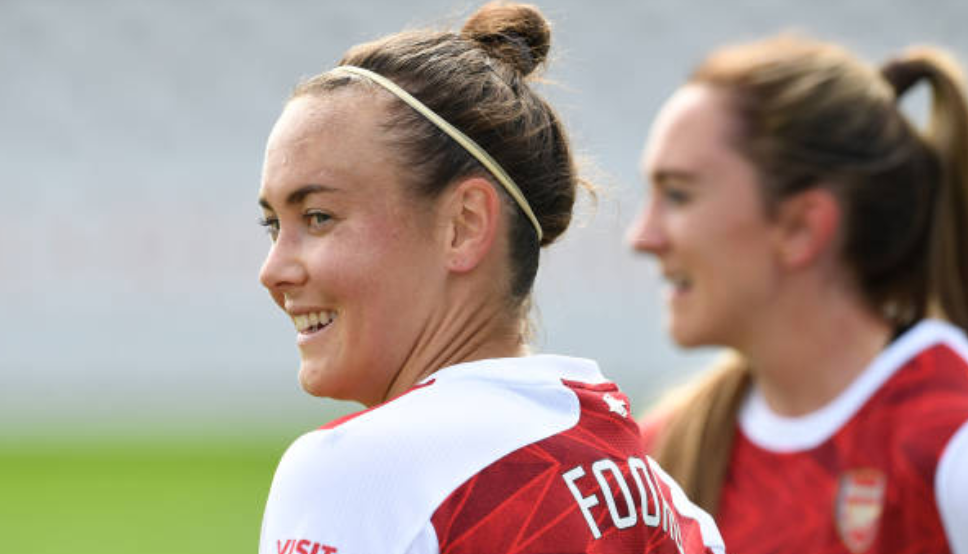 The style of play that is drummed into them by Aussie coach Joe Montemurro is working wonders for Foord and her fellow strikers with a whopping 29 goals scored by the table-topping Gunners after the first five rounds.

“Playing with the quality we have upfront, it’s so much fun to create and get to learn how these players want to play,” she said.

“It’s the freedom and the flow which Joe (Montemurro) gives us within the game to be able to express ourselves.

It’s that style of play which Montemurro prides himself upon which has helped Foord remain focused and performing consistently after what has been a few challenging seasons for the Matildas striker.

“I’ve said that in the past, I know I play my best when I enjoy myself and I know I’m happy and I guess in a way I lost that over the last couple of years and it’s really been difficult for me to be able to find that again,” Foord revealed.

“I think the move to Arsenal, which was a bit of a scary move but I’m so proud that I made that move and I’m here because I’ve found my love for the game again and I think that is really the key and I hope it stays that way, which I think it will.”

The professional environment that Foord has found herself engulfed in with the Gunners is a huge factor which she believes will help her player development.

“Training’s always a high quality, I’m always improving or getting something out of the session and that makes it enjoyable to go in day-in-day-out and learn and grow and get to know these people better,” she said.

“That was the culture I had heard coming into the club but being here and experiencing that, I can see why people say it.”

Foord will be in action again on Sunday, 8 November when her free-scoring Arsenal travel to Manchester United.