Clare Polkinghorne is in the grip of a title fight in the Norwegian Toppserien with her Avaldsnes  in equal second, just one point behind the league leaders.

Polkinghorne’s 2020 could have a silver lining with her Avaldsnes locked in a title race following an impressive run which has seen them remain unbeaten since the start of August.

The COVID-19 pandemic may have sprung a few spanners in the works but that does not seem to have affected Polkinghorne and her determination to succeed.

“It was a funny year all round, there was a long period where there was no football which was a different type of challenge for us all but to finally get over to Norway and get back into football full-time has been something that I’ve really enjoyed,” Polkinghorne told Matildas.com.au.

“My time at Avaldsnes has been really enjoyable thus far and we’ve got about three games to go and we’re still in the hunt for the title.

“I’m really proud how the group has come together throughout the season and we’ve just got to finish off as strongly as we have been doing the last few weeks.”

Prepare for opportunities. Don’t just wait for them

The lack of game time throughout the pandemic did bring about some positives for the Westfield Matildas defender but there were certain aspects of the footballing lifestyle which she has sorely missed.

“That’s something which we’ve really not had the opportunity to do. I guess it was just a lot of individual training and working out on your own which was okay for a bit but got challenging towards the end.

“There’s nothing quite like training and playing in a group environment. That’s one of the reasons that footballers play football because of the people around them and their teammates.”

The ex-Brisbane Roar stalwart joined a side who were undergoing quite a few personnel changes and it took some time before everything started to fall in place for the Norwegian outfit.

“It takes a little bit of time to get used to playing with each other and understanding of the way we went to play in each other’s strengths,” Polkinghorne said.

“It took us some time to get going, we didn’t have poor results but I think we were a little bit inconsistent in the way we were playing and we’d have a good game ad then we’d have a poorer game.

“The last month especially, we’ve definitely put some good results on the board.” 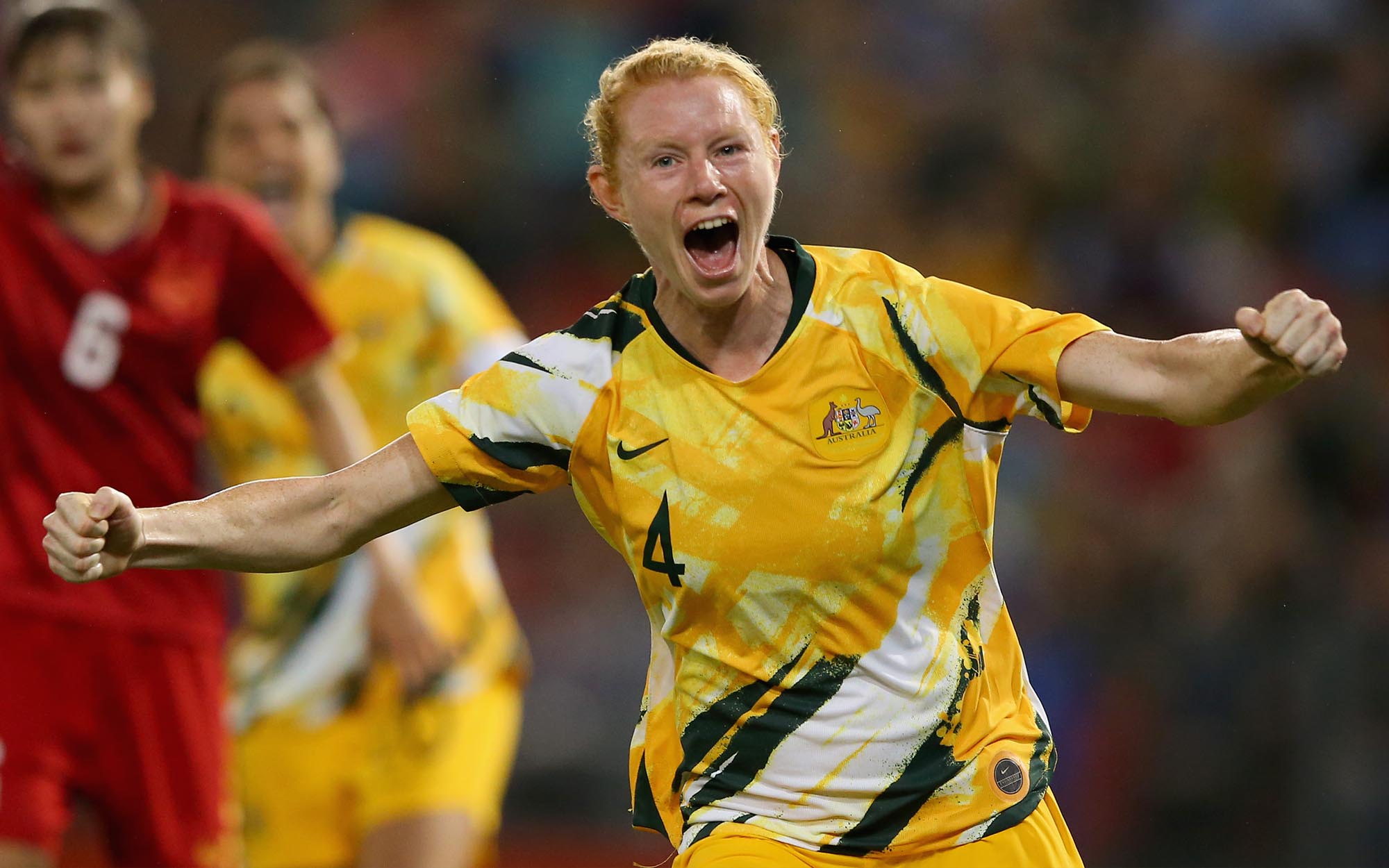 There are some overriding features which she believes have been central to her side’s recent run of form.

“Everyone gets along really well off the field as well which definitely helps.”

Her move to the other side of the world has been made a lot easier by the fact that she has a trusted friend in former Roar teammate Katrina Gorry playing alongside her.

“It was nice to have a little bit of company during the quarantine period and then a familiar face around training is always nice,” she said.

“We’ve played together for a long time now. I love playing with Mini (Gorry), she’s a quality footballer.”

In terms of the national team, the arrival of the Westfield Matildas new head coach, Tony Gustavsson, is a reason for excitement for Polkinghorne who envisages further development for the side under his leadership.

“I think it’s always a good opportunity to lay some new foundations on what we’ve already done,” she revealed.

“Fresh eyes and a new perspective is always a positive and he’s achieved a lot of great things in the game.

“Things that are a priority for us to achieve as a team.

“I’m just really excited to get underway and get back into international football.”

The rapid influx of Westfield Matildas across the various European leagues has placed the national side in good stead as it looks to develop further with Polkinghorne under the belief that Europe is the perfect stage for all Aussie women to be competing in.

“For a long time, Europeans have been setting the standard and it’s evident in the last World Cup where I think seven out of the last eight teams were European,” she said.

“Obviously, they’re doing something right over here. They live and breath football, so if we can immerse ourselves in that footballing culture and play at the highest level week-in-week-out, that’s only going to benefit the national team.”

“I think we’re seeing a lot of the Matildas in Europe at the moment and I think that’s going to continue.”