Matildas legend Melissa “Bubs” Barbieri has signed a deal to play one game in the Tasmanian Women’s Super League, according to reports.

In another sign of the growing importance of the Matildas brand, the charismatic former national team keeper has reportedly signed on to play one game for Taroona FC later this month.

Taroona will face Olympia Warriors with Barbieri, 36, set to be in their side on July 31. 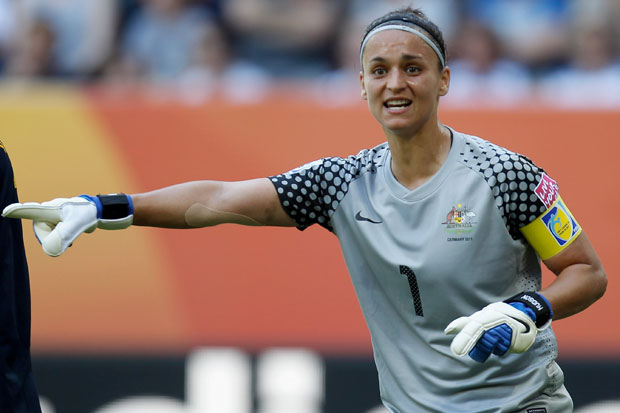 “All the girls are jumping out of their skins, it really is amazing for us,” he told the Hobart Mercury.

“She’s a great general ... so she can certainly direct traffic at the back, she’s a great player with her feet as well.

“And she’s certainly going to provide leadership for us on the day, so I think all the girls will learn something from her.”

Barbieri has played 86 times for Australia, including captaining the Matildas to an historic Asian Cup win in 2010 and playing at four World Cups.