Westfield Matildas’ Mackenzie Arnold has been rewarded for an impressive 2020/21 campaign, being rated as the league’s top goalkeeper based on figures released by the BBC and Carteret Analytics.

READ: De Vanna: 'We need more camps and opportunities like this for players'

As part of a 'team of the season' selection format, Arnold was named goalkeeper while Sam Kerr’s Chelsea teammate Fran Kirby was inducted as the ‘top performer’ for all outfield players. Individuals were selected in their position based on outstanding statistics rather than from the opinion of experts.

Goalkeepers were assessed according to rates of discipline, distribution, game changing, game control and shot stopping, with West Ham's Mackenzie Arnold coming out on top.

Two moments on the final weekend of the season however, may well have secured selection for the 27-year-old. After conceding a penalty late in the first half against title challengers Manchester City, Arnold produced a brilliant save to her right, keeping her Irons side in the match.

For most keepers, one penalty save is enough, yet in the second half, City's Lucy Bronze was brought down in the box leading to a second opportunity for the Cityzens to convert against the Australian keeper. Once again, Arnold stood and parried the second effort away from goal. 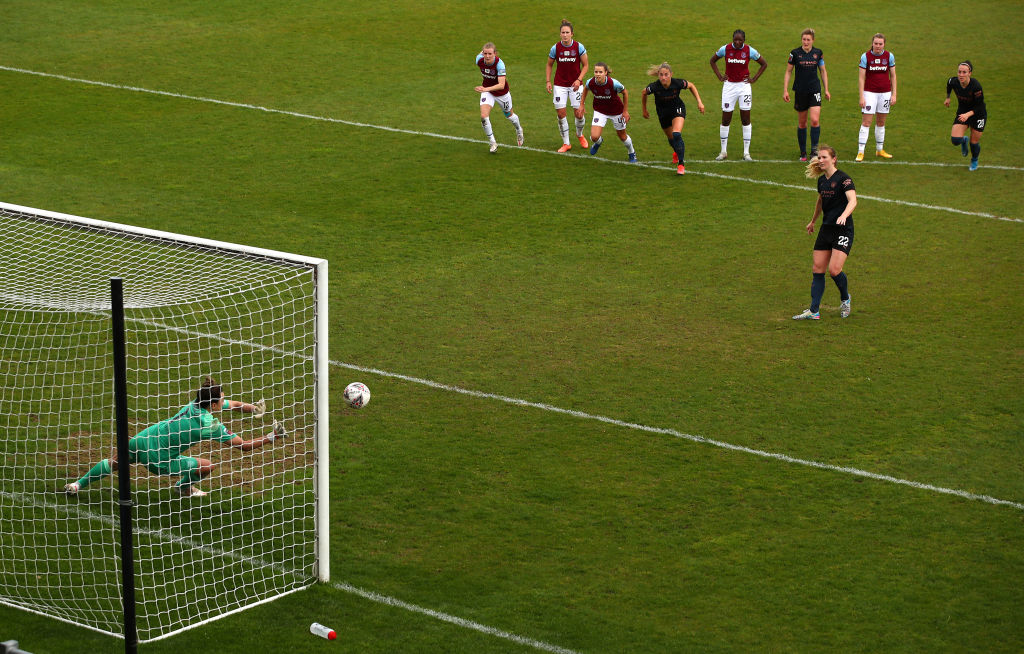 The match highlights an immense level of professionalism from the Queenslander. With the City clash possessing little value for mid-table West Ham, it would be easy for player's minds to drift into the upcoming off-season. Yet the performance from Arnold, including a string of important stops throughout, shows why she is such a valuable asset to Olli Harder's team.

"She has come back [from injury] and shown her class in the last couple of matches. She’s a quality goalkeeper, so I’m pleased for her that she was able to save both of those spot kicks.”

It must be added, despite Mackenzie Arnold taking the prize as top goalkeeper for the 2020/21 season, stats show there is another Aussie keeper waiting in the wings to challenge for the title next season. Lydia Williams was ineligible due to a limited amount of game-time for the Gunners, yet leads the league with a clean sheet percentage of 77.8% and a record of only 7 goals conceded from her 9 games played.