When Lisa De Vanna arrived on the national team almost two decades ago, the diminutive striker was raw, passionate and unflinching – on and off the pitch.

The rawness was an indescribable talent yet to be harnessed, the passion was to represent her country on the greatest stages and unflinching nature was to face down defenders or doubters alike.

Almost two decades later, De Vanna is one of Australian football’s most decorated players, but she still yearns for more. 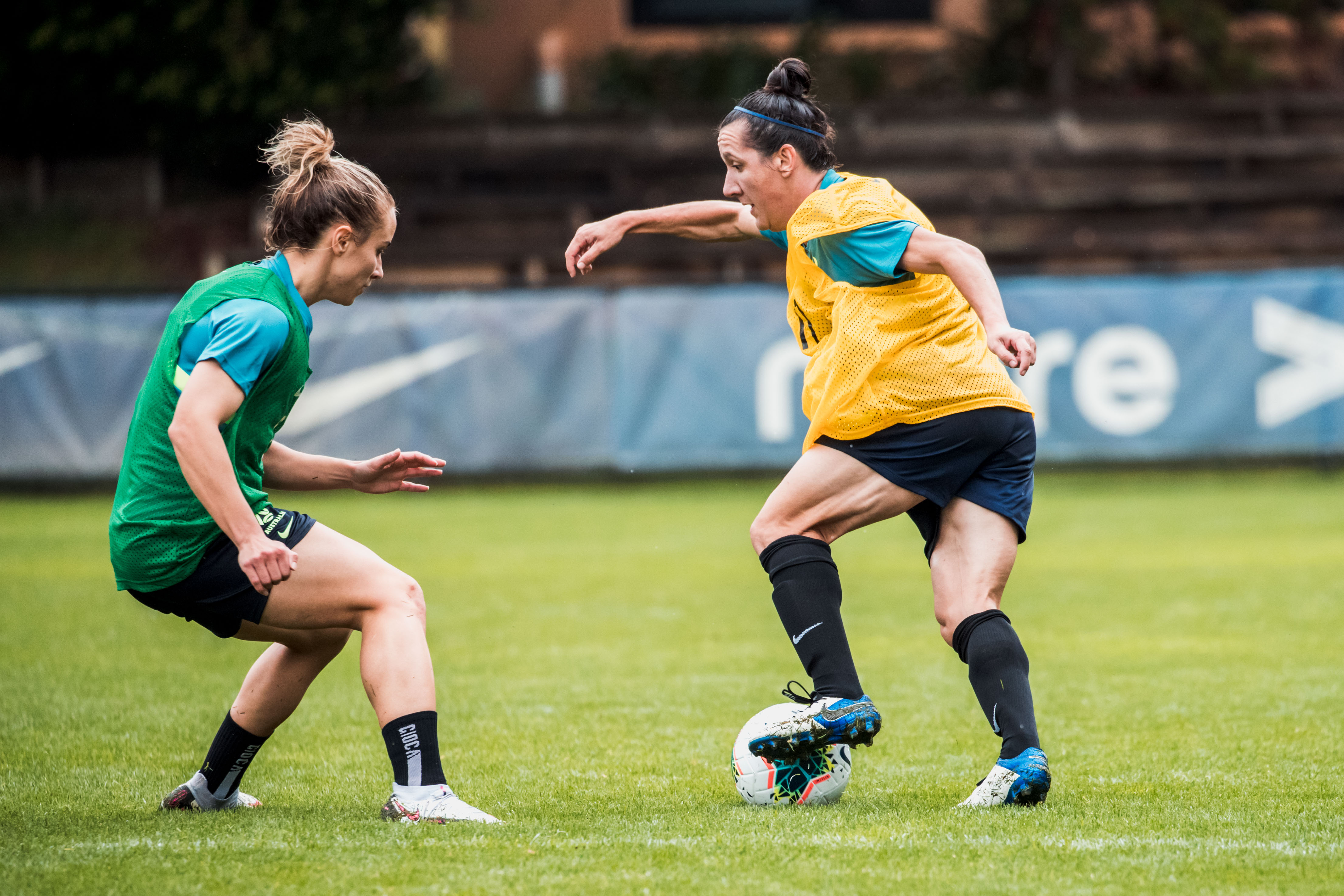 Along with 25 of the best performers from the recent domestic season, De Vanna was enthusiastic to be involved in another high-performance environment – whether it’s Young Matildas, Future Matildas, NTC or the senior side.

“No matter the level, it is always a privilege to represent your country,” said De Vanna.  “It is always an honour to be around other players who have the same drive.”

This camp was an opportunity for the girls invited to develop their game and their professionalism, but also for me to grow other parts of my game and character.”

“The game has changed so much since I first played.  It has become faster; the players are smarter tactically, and it challenges you in many different ways. I have always been a driven person and I like to push other players to go to another level.”

WATCH: Alex Chidiac returning to her best after hectic 12 months

It is that drive and focus that has taken the 36-year-old to the top of the women’s game and it is the passion for the jersey that keeps her going when most of her contemporaries have hung up the boots.

However, while some things have remained the same over the years, others have changed.  Once the young firebrand, De Vanna has evolved in an honest mentor for the next generation of players.

Whether it is a steadying hand or small piece of advice, the striker has embraced her changing role in the twilight of her career.

It is evident in her interactions with the Melbourne Victory players with Kyra Cooney-Cross, Melina Ayres, Polly Dalton, Angie Beard and Mindy Barbieri, all joining her at Valentine Sports Park.

“I was really proud of how the players responded to this camp,” she said.  “There was a lot of information, a lot of tactics and a lot of physical demands placed on us, many of them rose to the challenge.”

“For some of the players, it was the first time they were in this high-performance environment.  Once the nerves settled you could see them start to show who they are and start to believe that they could take their game to the next level.”

It’s why we need more camps like this.  It allows players to build consistency and positive habits which then can help them transition easier at club level internationally and the Matildas. And that's a big credit to the coaching staff for implementing those principles.”

“The intensity was high and that is the standard needed every time we come together.  Beyond the football, it is also important that we start to create a good culture, and also a winning culture, moving towards 2023 and beyond.”

“It’s different for me, but there was still a lot to learn.  Regardless, my mindset doesn’t change, people that know me know that I will always play with my heart on my sleeve.”

If there is anything unquestionable about De Vanna, she won’t leave anything out there.