The Westfield Matildas’ World Cup dream is over after an 87th minute goal handed Japan a 1-0 win in Edmonton on Sunday (AEST).

In a gripping match played in stifling conditions, the Matildas battled hard and showed enormous character only to be undone just before  full-time.

A frantic goal-mouth scramble was turned home by substitute Mana Iwabuchi to clinch a hard-fought contest and send the defending champions through to the semis.

There were tears of sadness at full-time from the Matildas but they should be proud of their efforts in a history-making World Cup for Alen Stajcic’s side. 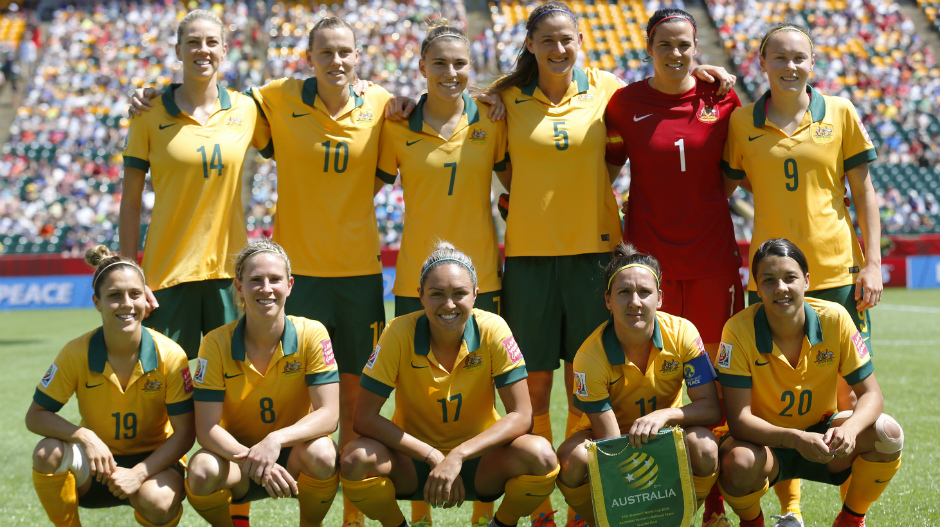 The Matildas were forced to dig in early on as Japan’s high pressure pressing game had them on the back foot.

An incisive pass through the heart of Australia’s defence almost led to a goal for Shinobu Ohno but her attempted lob sailed just over the crossbar.

Round of 16 hero Kyah Simon had the Matildas best early chance as she was put through by Emily van Egmond only for Azusa Iwashimizu to get a lunging block in just as she was about to shoot.

It was the brightest mark of a difficult first 30 minutes for the Matildas as Japan took control of the contest.

It was an opening half built on pure grit, concentration and absorbing pressure for the Matildas.

And they did the job well enough to get to the break on level terms, the first time this tournament Japan hasn’t led at half-time.

Whatever Alen Stajcic said at the break had some impact as the Matildas had two great chances in the first 10 minutes of the second half.

First van Egmond capitalised on a sloppy turnover to release Sam Kerr on the left but her curling shot for the far corner didn’t have enough power to beat ‘keeper Ayumi Kaihori.

Then just a couple of minutes later it was van Egmond having a go, hitting a rasping drive from 25 metres out which was just a touch too high. 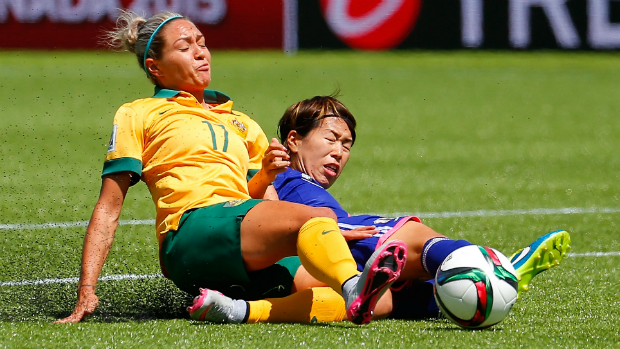 The match began to open up as fatigue set in and Japan responded at the other end as Kawasumi found Miyama at the near post but her audacious side-heel flick towards goal went inches wide of the post.

As the half wore on it became increasingly evident one goal was likely to decide the outcome and Stajcic brought on both Larissa Crummer and Michelle Heyman to boost the Matildas’ attacking options.

But it was the Matildas defence which was proving the difference, constantly getting crucial tackles in and putting their body on the line.
Just when extra-time looked likely, Iwabuchi would have the final say.

The Matildas failed to clear a corner and after a frantic goal-mouth scramble the ball fell to the substitute who smashed it home from close range.

It was a heart-breaking end for the Matildas but won’t take away from a history-making tournament for this young and emerging side. 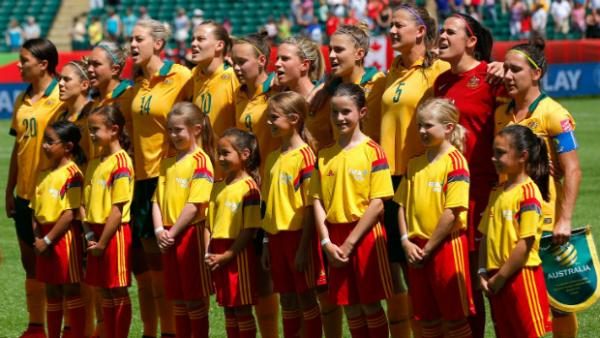 Westfield Matildas boss Alen Stajcic says his young squad will use their FIFA World Cup heartache to fuel their desire for an Olympic medal in Rio next year. 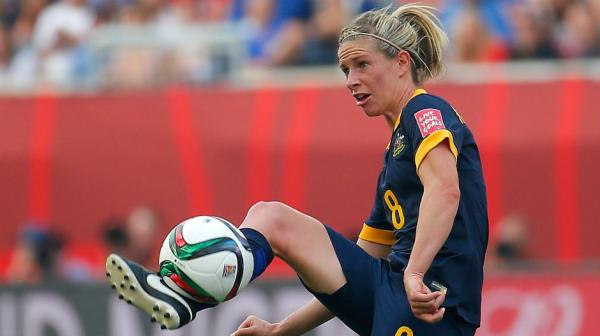 Midfielder Elise Kellond-Knight says the strides the Westfield Matildas have made at this World Cup has her anticipating even bigger things in four years' time. 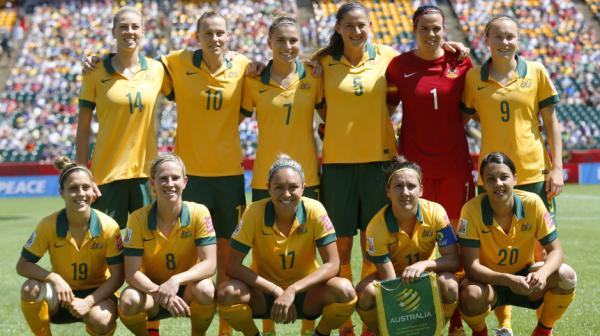 A proud Alen Stajcic has praised his courageous Westfield Matildas after their epic Women's World Cup campaign was ended against Japan on Sunday (AEST). 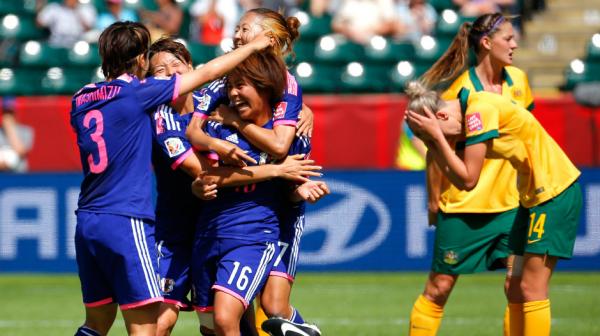 The Westfield Matildas' World Cup dream is over after an 87th minute goal handed Japan a 1-0 win in Edmonton on Sunday (AEST). 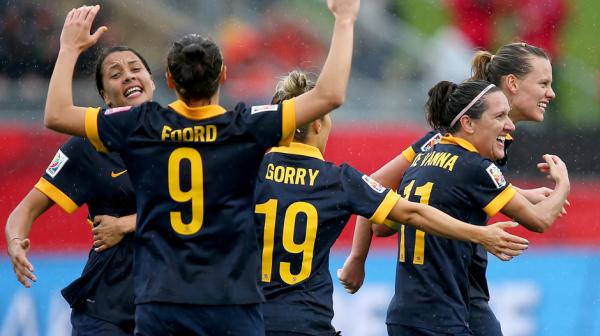 Stajcic: Matildas' best yet to come

The Matildas are 90 minutes away from a FIFA World Cup semi-final but coach Alen Stajcic insists his young side isn't getting carried with the hype surrounding their incredible run at the tournament. 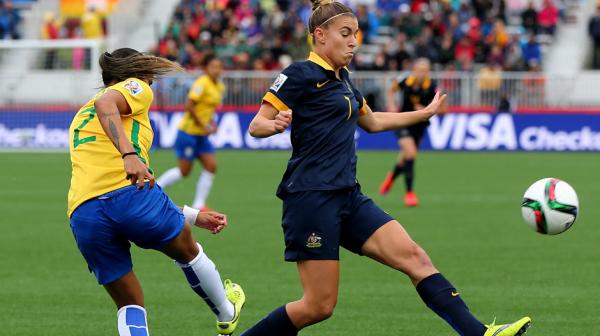 Defender Steph Catley says the Matildas have been taking full advantage of their extra rest days ahead of their World Cup quarter-final against Japan.

VIDEO: Abbott's message to the Matildas

Australian Prime Minister Tony Abbott has paid tribute to the Matildas ahead of their World Cup quarter final against Japan on Sunday morning (AEST). 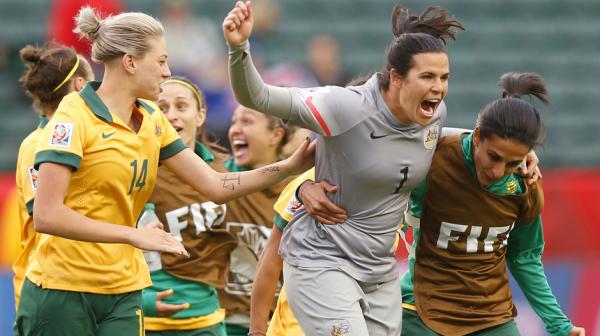 Westfield Matildas 'keeper Lydia Williams says the shocking error by her Japanese counterpart in their last match could still weigh heavily on her in Sunday's (AEST) World Cup quarter-final. 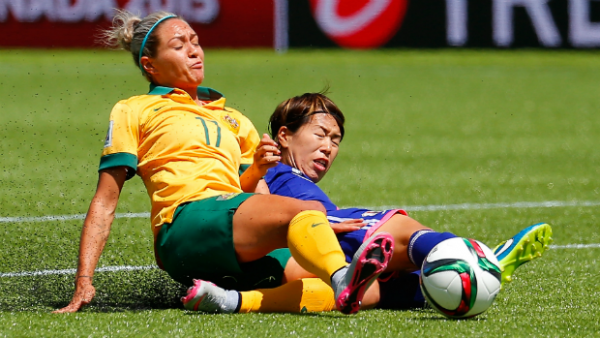 It's an all AFC battle as the Westfield Matildas face defending champions Japan for a spot in the FIFA Women's World Cup semi-finals. 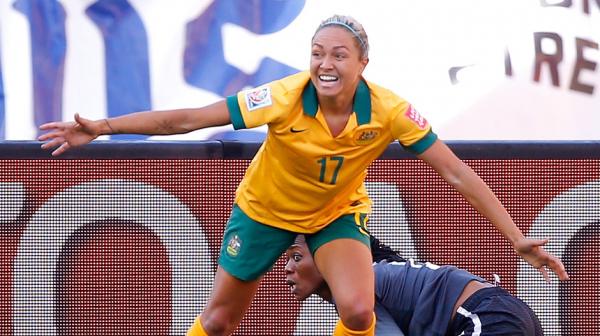 Kyah Simon has played down the impact that predicted hot temperatures will have on the Westfield Matildas' World Cup quarter-final clash with Japan in Edmonton. 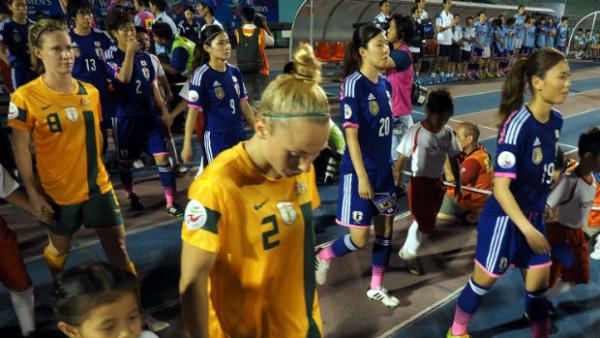 They are the AFC's two fiercest rivals and now they are preparing to go head-to-head in a massive FIFA Women's World Cup quarter-final on Sunday (AEST).