With the inaugural Cup of Nations on our doorstep and just 100 days remaining until the FIFA Women’s World Cup, it’s an exciting time to be a Westfield Matildas fan right now.

Australia are set to make their first step toward France 2019 when they take on New Zealand in an exciting Cup of Nations clash at Leichhardt Oval tomorrow.

That will be the first chance for Ante Milicic to assess his squad and an opportunity for the players to lay down a marker for the new Westfield Matildas boss.

But what else is in store for Australia on the road to France 2019?

Let’s take a look at all the biggest dates on the calendar approaching for the Westfield Matildas before the big tournament kicks off in June.

Cup of Nations: the first test

First on the agenda for the Westfield Matildas is the inaugural Cup of Nations.

New Zealand, Korea Republic and Argentina – all fellow FIFA Women’s World Cup participants – are the opponents for Australia, who will take part in three double-headers played in Sydney, Brisbane and Melbourne.

Moreover, this will be the last chance to see the Westfield Matildas on home soil before the FIFA Women’s World Cup kicks off.

And although this will be an ideal send off for the Westfield Matildas, the Cup of Nations is by no means be a farewell party.

This is a crucial time for players to gel, for new tactics to be implemented and for everything on the field to be fine-tuned.

With so many players vying for a ticket to France, no one can afford to rest on their laurels. 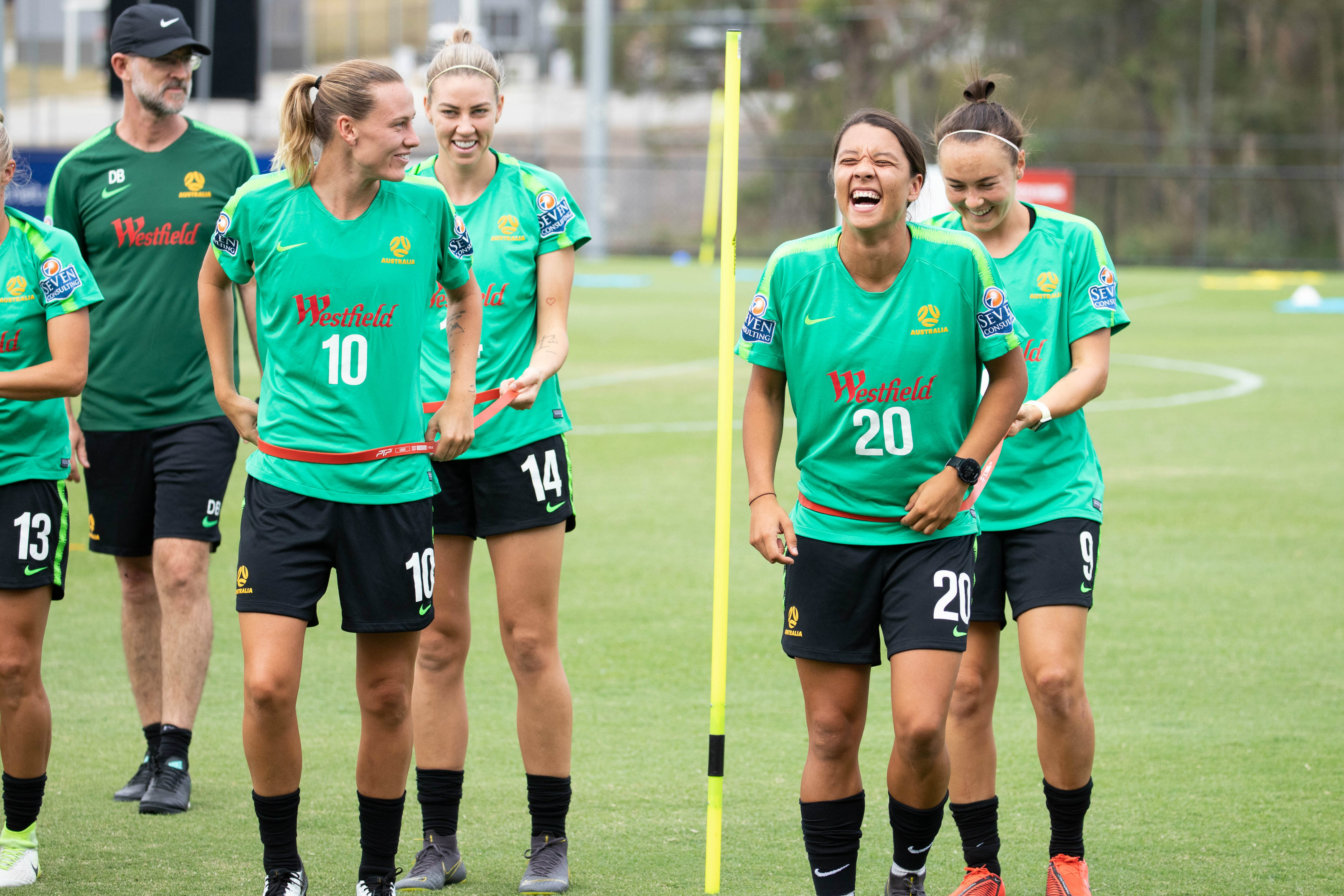 America is the next destination after the Cup of Nations for the players.

The Westfield Matildas are due to report to training on April 1 in preparation to face the USA on Friday, April 5 (kick off 12.30pm AEST).

After so many titanic battles with the world superpower in recent times, this one is shaping as yet another massive test for the Westfield Matildas.

The reigning world champions are likely to enter France among the favourites to win, and should offer Australia a strong examination of their credentials.

But the football won’t stop there, as the 2019 National Women’s Soccer League season resumes on the weekend of April 13-14, and there are several Westfield Matildas who have already confirmed their involvement.

Captain Sam Kerr will return to Chicago Red Stars to spearhead their quest for silverware, Lydia Williams is back at Seattle Reign, while Sydney FC duo Chloe Logarzo and Amy Harrison are bound for Washington Spirit.

More players are set to confirm their involvement in what is sure to be an exciting 2019 NWSL season in the coming days.

The NWSL will take a break for the FIFA Women’s World Cup group stage from June 3-14, resuming on June 15-16. 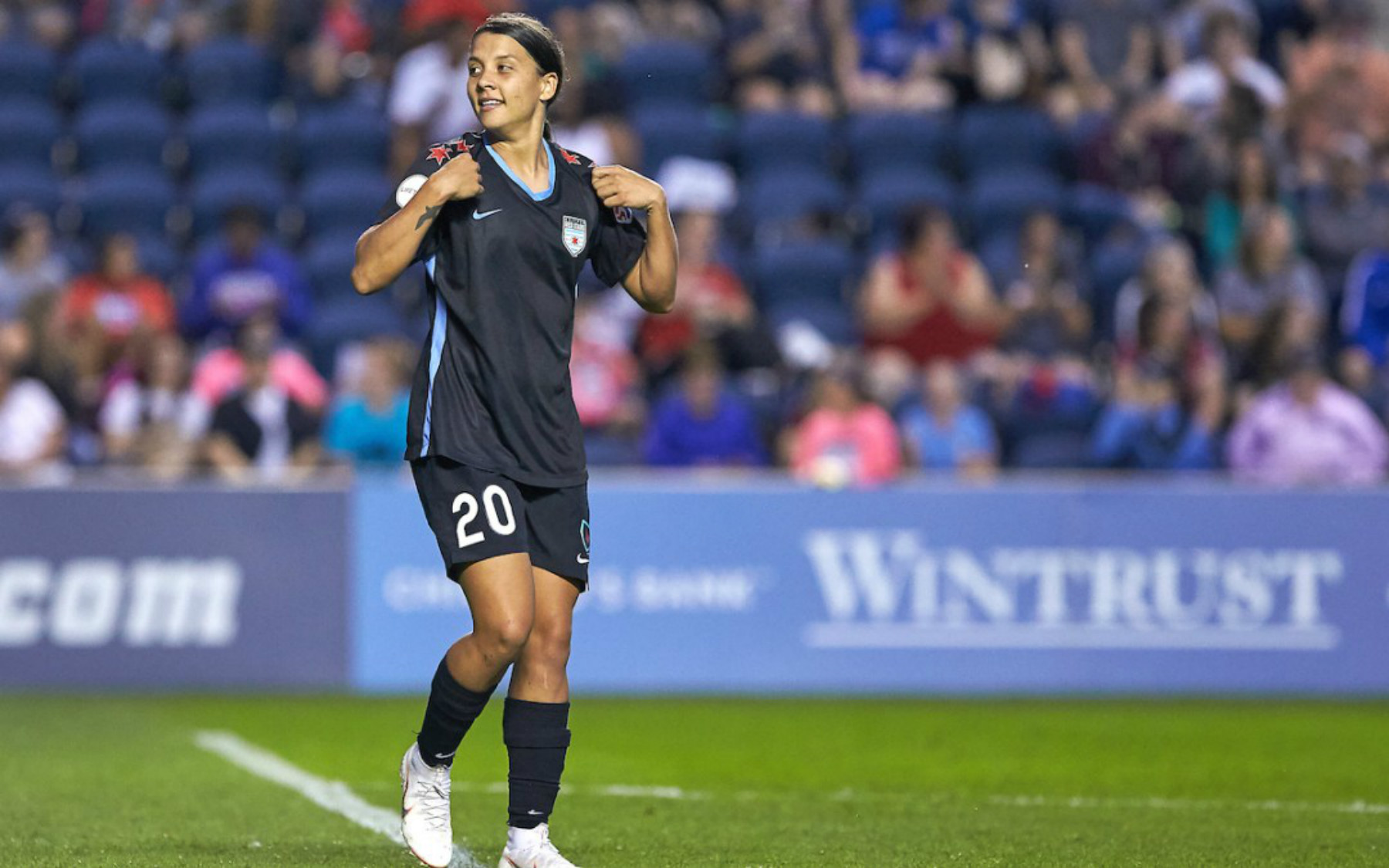 You can be sure all eyes will be on France when June rolls around.

By then, the stage will be set for the Westfield Matildas to show their credentials on the world stage.

Australia face Brazil, Italy and Jamaica in Group C, and their group games will be housed in three difference cities - Valenciennes, Montpellier and Grenoble - seeing the team play their first game in northern France, before heading south for the final two Group C fixtures.