Westfield Matildas to return to international action against Germany

The Westfield Matildas will return to international action with a bang as they take on European powerhouse Germany on 11 April 2021 at Brita-Arena Wiesbaden, Wiesbaden.

Australia will play the defending Olympic Champions as part of their preparations for the Tokyo 2020 Olympic Games Women’s Football Tournament which commences on 21 July 2021.

As well as marking the first time the women’s national team will be in action since qualifying for Tokyo, the clash will also give Westfield Matildas fans a first look at new Head Coach Tony Gustavsson as he takes the helm.

With Germany currently ranked number two in the world and boasting some of the world’s best players, Gustavsson is energised by the first up test for the Westfield Matildas.

“Firstly, I am delighted to finally have the opportunity to bring the players and staff together and for us to start our journey as a team,” said Gustavsson. “I am pleased to secure a match against a nation of the calibre of Germany for our first outing, as we continue critical preparations ahead of the Tokyo Olympics.”

It is important for our development as a team that we take on quality opponents often to measure our progress and build strong foundations for the next three years. Consistent matches against highly ranked teams are key to our ability to reach our full potential, and I am looking forward to this first challenge.”

“I would like to express my gratitude to Football Australia’s management for their enthusiasm and willingness to engage and invest in elite opposition for the team.”

“Although it has been a significant period since the team was last together, we have continued our preparations in innovative ways and now I am eager to get the group assembled and to work together towards Tokyo.”

“As one of Australia’s most beloved teams, I am delighted that the Westfield Matildas will be back on the pitch in less than a month,” said Johnson. “While individually many of the players have been putting in fantastic performances at some of the world’s best teams, I am looking forward to seeing the team together in a high quality match.

“Securing more matches against the world’s best teams is essential for the progress of the team and an area which, following our Performance Gap study, we have worked diligently to address.

It emphasises our sharpened focus on the women’s game outlined in the XI Principles for the future of Australian football, as we strive to become the centre of women’s football in the Asia-Pacific region and to enhance further the reputation of the Westfield Matildas.

“To provide the best platform for success, Football Australia has acted to ensure that the Westfield Matildas have the necessary resources with several recent appointments to the National Teams Unit.”

Set to be on the touchline alongside Gustavsson is the accomplished Melissa Andreatta – a Pro-Licenced and Westfield W-League Premiership winning coach. A member of the technical staff since 2019, Andreatta has been elevated to a full time Assistant Coach position.

The clash against Germany will be the first time the two nations have met since an exhilirating 2-2 draw at the Rio 2016 Olympic Games. 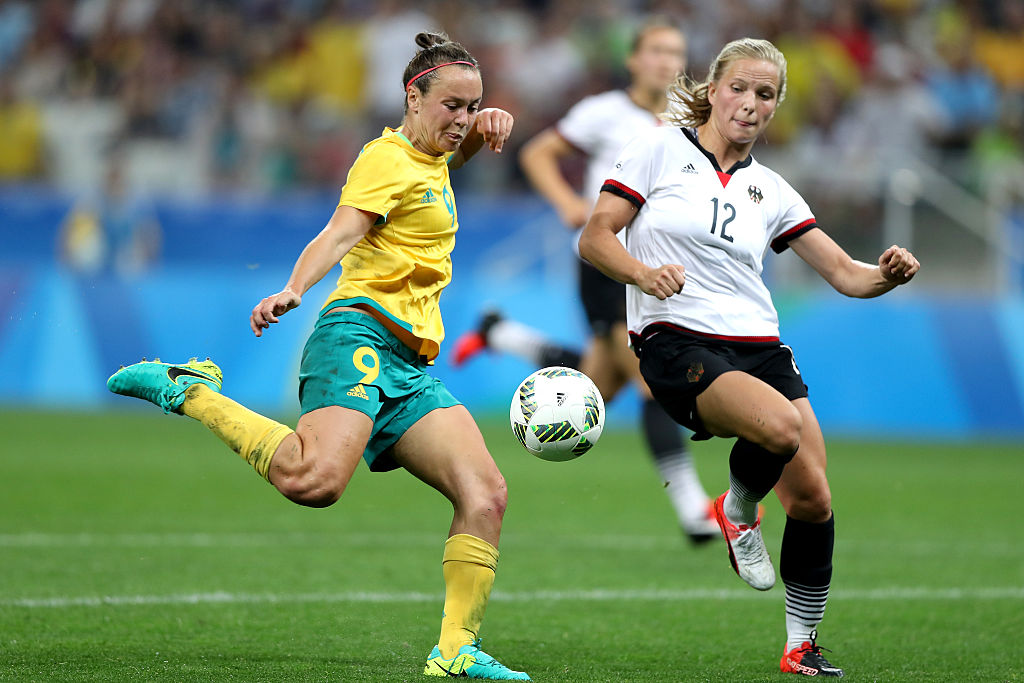 Football Australia has also secured an agreement to host Germany in the lead up to the FIFA Women’s World Cup in 2023. It forms part of an exciting future home program which already includes the United States and Canada.

The match will be played with spectators absent and, as the first gathering of the women’s national team since the COVID-19 pandemic began, the Westfield Matildas players and staff will operate under strict protocols as established by Football Australia’s National Teams Unit.

Following these established protocols, informed medical advice and Football Australia’s safety first framework, Australian based players will not be eligible for squad selection for the April FIFA Window.

Football Australia is continuing the effort to secure a second match in Europe during the window.