The Westfield Matildas saw their April activity come to a close with a 5-0 defeat to the Netherlands in Nijmegen.

Five different Dutch goalscorers struck in a game where Tony Gustavsson's side showed plenty of positive signs, however were ultimately unable to find a way past the world's fourth-ranked side.

During an exciting end-to-end opening, it was the Netherlands who struck early.

Vivianne Miedema drew a strong save from Mackenzie Arnold five minutes in, however after retrieving the rebound linked up with her Arsenal teammate  Jill Roord, who tapped home from close range.

The Westfield Matildas then began to establish a foothold in the contest, winning the ball high up the field and playing Sam Kerr in behind on a couple of occasions.

Yet despite those positive signs, the home nation doubled their lead on the 20-minute mark as Lieke Martens cut inside and found the bottom corner from outside the area. 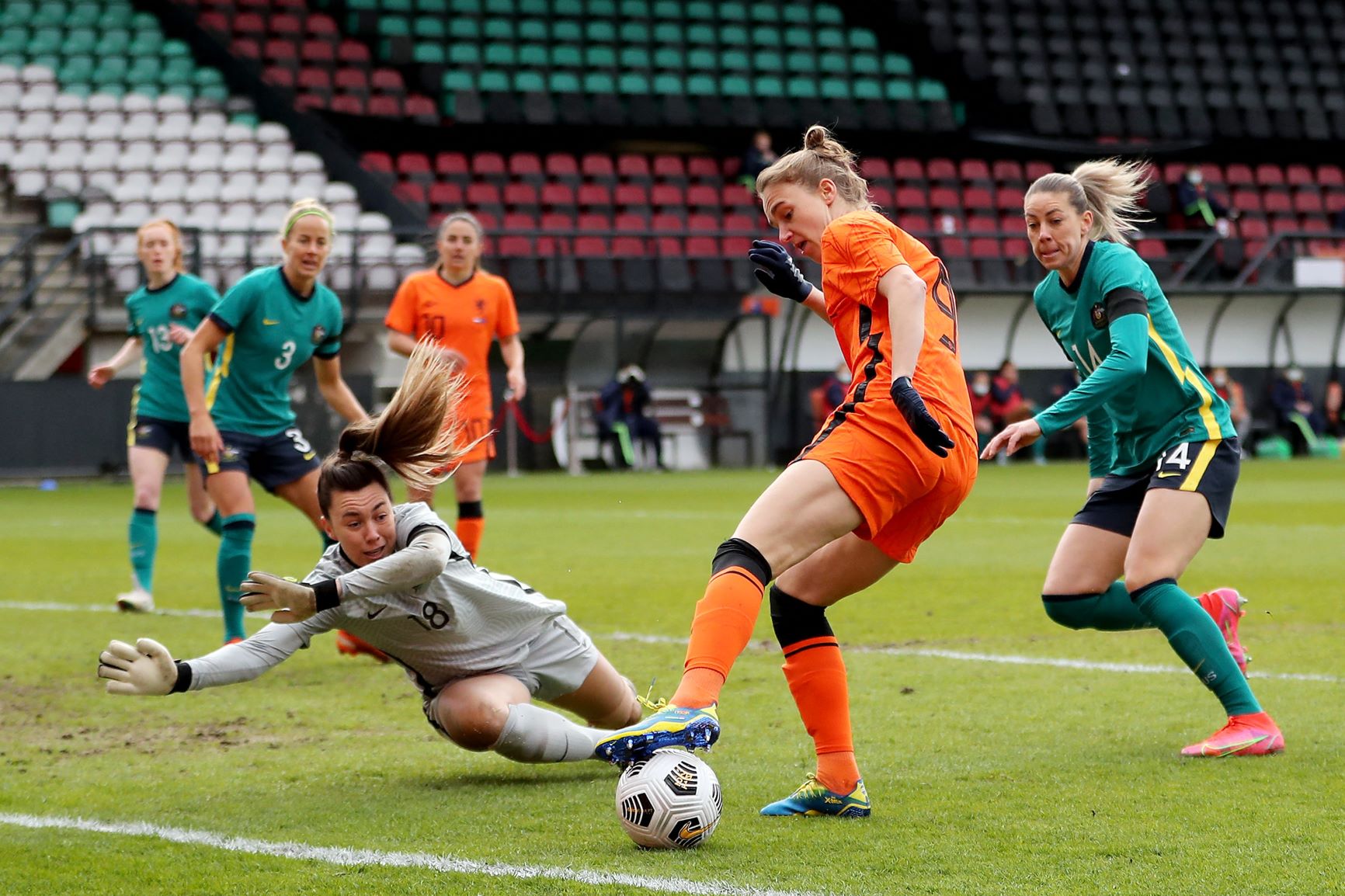 The 24th minute saw Arnold pull out a strong stop with her outstretched leg to prevent Roord finishing off a slick Dutch attack.

Three minutes later, they found their third as Miedema slipped in Jackie Groenen, who made no mistake in curling home a clinical finish.

Dylan Holmes became Westfield Matilda #209 as she was introduced at the interval, and made a bright start to her international career as Australia enjoyed some promising sequences in the second half.

Caitlin Foord flashed an effort across goal one minute into the final 45 and the pace of Hayley Raso began to cause some headaches for the Dutch defence. 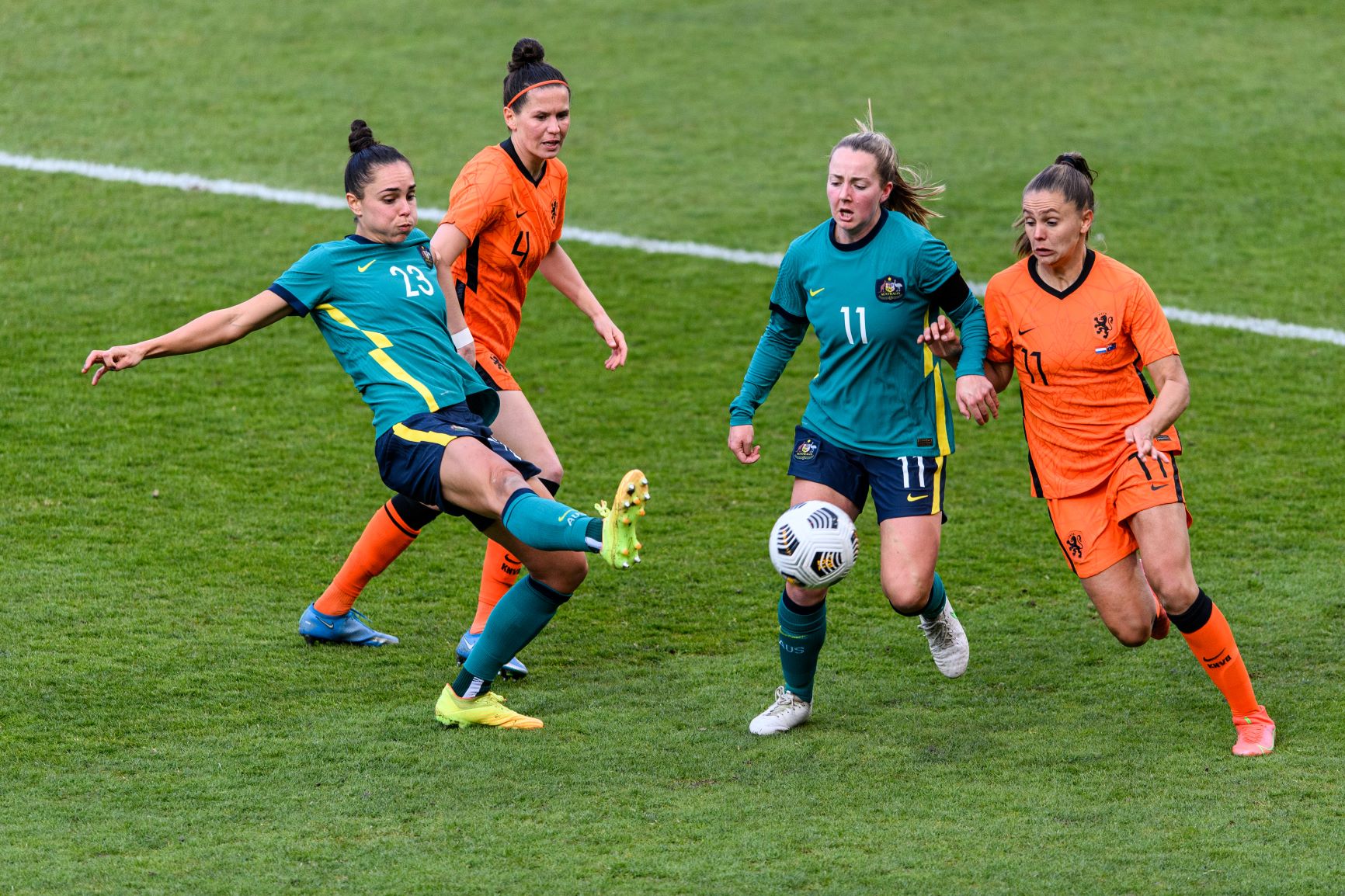 Yet despite all of the pressure Australia created, the Netherlands registered their fourth after 66 minutes as Lineth Beerensteyn found herself in behind and looped an effort into the back of the net.

In the closing stages, the Westfield Matildas continued to push players forward and forge a number of goalscoring opportunities.

They came closest in the 76th minute as Foord cut inside and unleashed a powerful strike, forcing a save out of Sari van Veenendaal. The rebound fell straight to Dylan Holmes who came within centimetres of a debut goal as she struck the side netting from inside the six yard box.

Ella Mastrantonio was introduced for her first Westfield Matildas cap in over 12 years and played a part in the lead up of another promising foray, however Sam Kerr's strike flashed wide with ten minutes remaining.

The full time whistle saw the Westfield Matildas' long-awaited return to the international stage conclude, with a 5-2 and 5-0 defeats to Germany and the Netherlands respectively providing Tony Gustavsson with plenty to think about following his two matches in charge.