The Westfield Junior Matildas’ twelve day tour of the Pacific in August 2019 has been shortlisted for the Special Jury Prize at the Peace & Sport Awards in Monaco on December 12 2019.

Peace & Sport is an international organisation that develops peaceful communities through the power of sport, creating a safe, more equitable and inclusive world. The organisation’s patron is H.S.H. Prince Albert II of Monaco.

The Peace & Sport Awards recognise organisations and individuals who have made an outstanding contribution to peace, dialogue and social change in the world through sport. 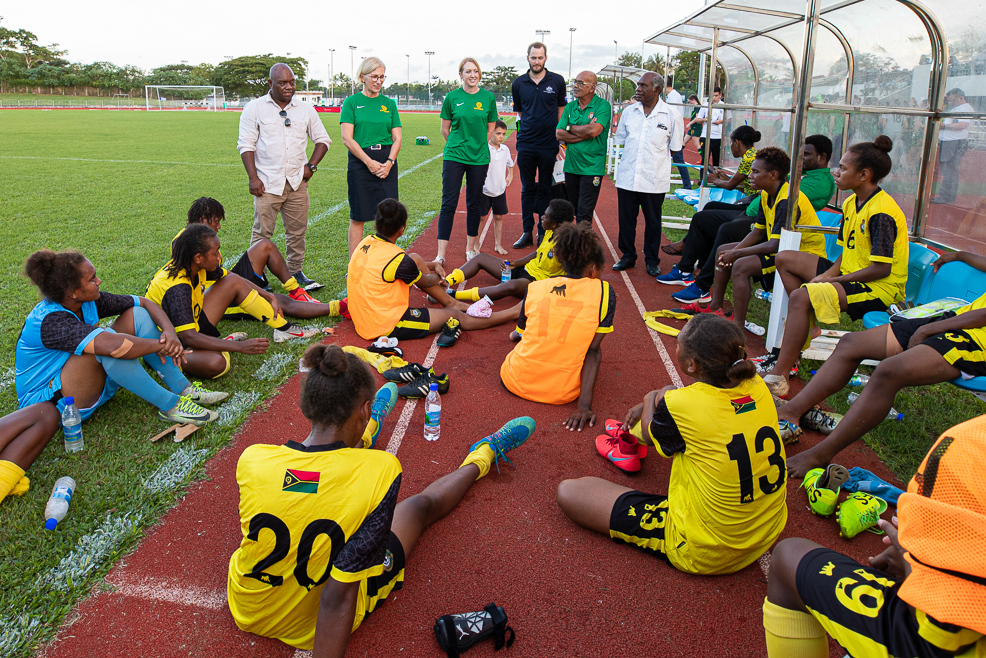 In what was the first Australian national football team visit to the Pacific since 2005, the group delivered 33 community events while abroad, with a focus on empowering women and girls in the Pacific and Australia through sport.

These activities included the first ever women’s international football match in the Solomon Islands, one of the first youth women’s football matches to be broadcast on television in Tonga, and a joint training session between Australia and Tonga. The tour generated more than 50 pages of print media coverage in the Pacific with a focus on women’s football, as well as numerous radio and television interviews.

Australia’s Foreign Minister & Minister for Women, Senator the Hon. Marise Payne, said: “Sport brings people – and countries – together. We are proud to have supported the Junior Matildas ‘Pacific Step Up’ tour of Tonga, Vanuatu and Solomon Islands. These young Australians are fantastic ambassadors and potential future diplomats. They have inspired their peers across the region with their sporting prowess, friendship and positivity.”

“We will continue to build on these wonderful relationships, including through sport, with our Pacific neighbours.”

Football Federation Australia (FFA) Chairman Chris Nikou, who attended the match in Vanuatu, said: “Through its international programs, FFA has a strong track record of championing women and girls being involved as leaders and participants in football.” 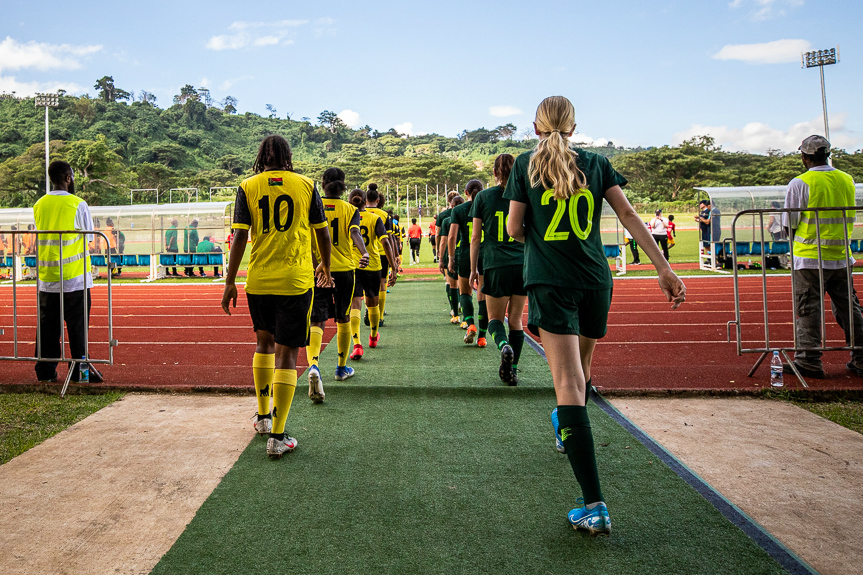 “Our women’s development workshops, which have seen more than 20 female administrators take part in a leadership and capacity building program, our involvement in Just Play, a sport for development grassroots program, and a number of activities delivered by our National Team players and coaches with Australian Embassies, are all examples of this.

“The Pacific Step Up was a significant undertaking – and what was delivered was far more than just three football matches. It would not have been possible without the support of the Tonga Football Association, Vanuatu Football Federation and Solomon Islands Football Federation.

“It is an honour to have the Tour’s outcomes recognised by Peace & Sport, and we are looking forward to continuing to work with our counterparts in Asia and the Pacific to empower and support women and girls to get involved in football.”

The Special Jury Prize is voted on by Peace & Sport’s Champions of Peace – more than 110 high level sportspeople who have made personal commitments to work on projects that use sports to tackle social issues.

After an unprecedented number of applications this year, the other nominees for the Special Jury Prize are FC Barcelona Foundation and the Hong Kong All Blacks FC

A documentary film of the tour, produced by Gold Leaf Creative, will be released in the coming months.

More information about Peace & Sport can be found here: https://www.peace-sport.org/