On the eve of their historic clash today, the Westfield Junior Matildas and the Tongan U-19 national team held a joint-training session together on Wednesday.

The Westfield Junior Matildas are in Tonga as part of their 12-day tour of three Pacific nations as part of the government-funded 'Pacific Step-Up' program.

Rae Dower’s squad will play matches against Tonga, Vanuatu and the Solomon Islands during their trip.

But it’s also about strengthening the ties between Australia and the Pacific football communities, which is what we saw between the nations on Wednesday. 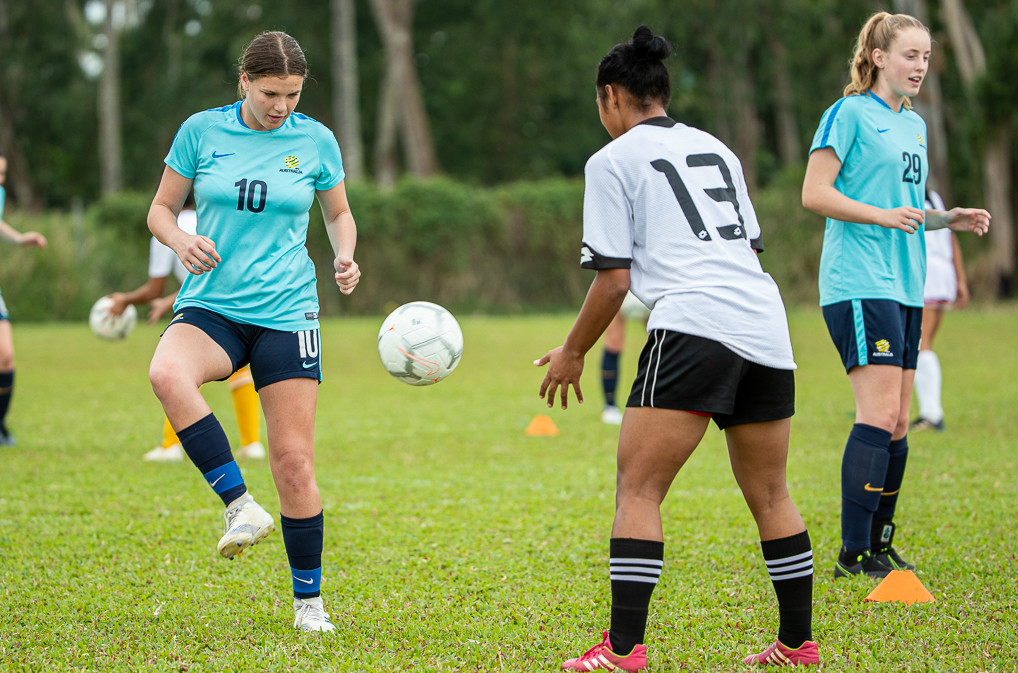 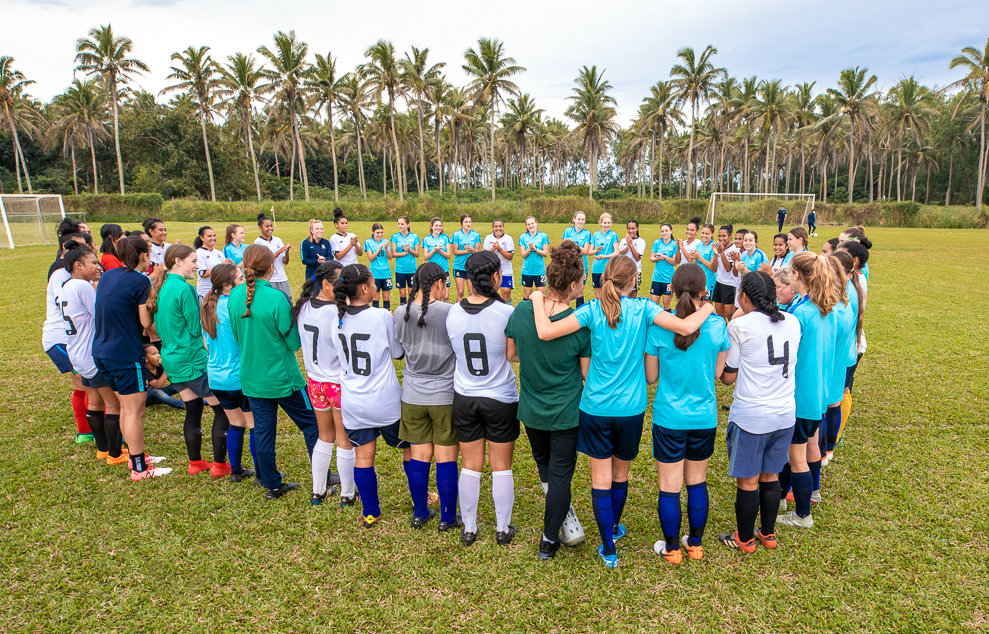 It is rare for teams who are set to face each other the next day to hold a training session together but that’s exactly what happened with the Westfield Junior Matildas and Tonga’s U-19 tam.

“It’s a bit different, not something that happens before every match day,” Westfield Junior Matildas coach Rae Dower said.

“So it’s a really great opportunity for the girls to get to know their opponents in more of an off-field sense, to make some friends and make some connections.”

Tonga’s national team coach added: “My team and officials were very excited to join training with the [Junior] Matildas so the players can learn new ideas and new skills that they haven’t seen before.” 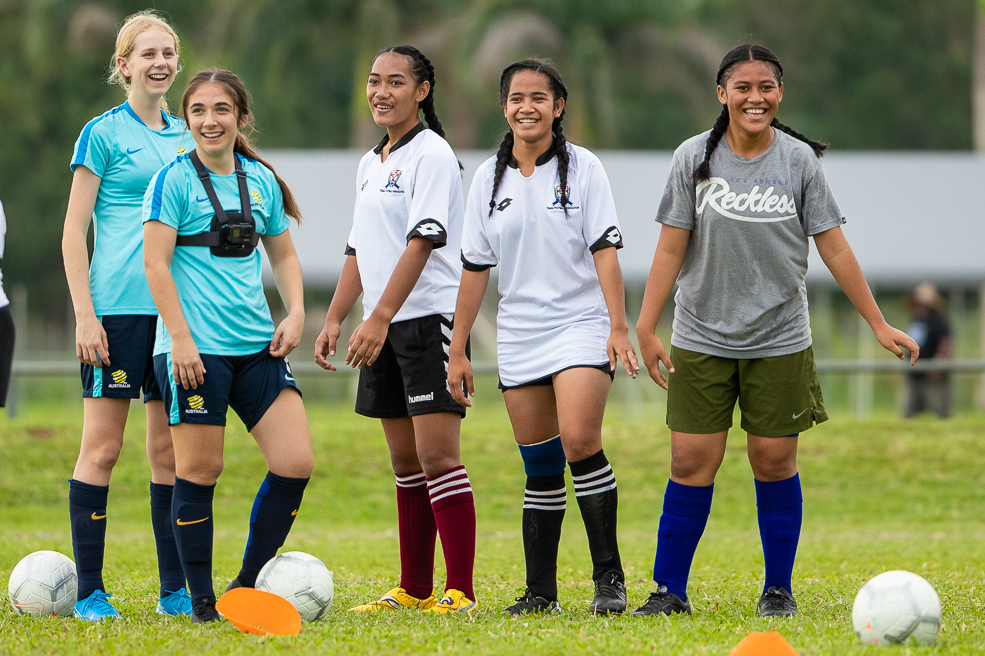 As well as the joint training session, there was also coaching and refereeing clinics done earlier in the day at the Tongan Football Academy.

The Pacific Step-Up’ Program not only allows the Westfield Junior Matildas to play matches against the Pacific nations but also be involved in a series of clinics, workshops and cultural activities in the spirit of friendship and football development.

Today’s match between the Westfield Junior Matildas and Tonga’s U-19 team kicks-off at 10am (AEST).

Stay tuned to Westfield Matildas channels for details from the match. 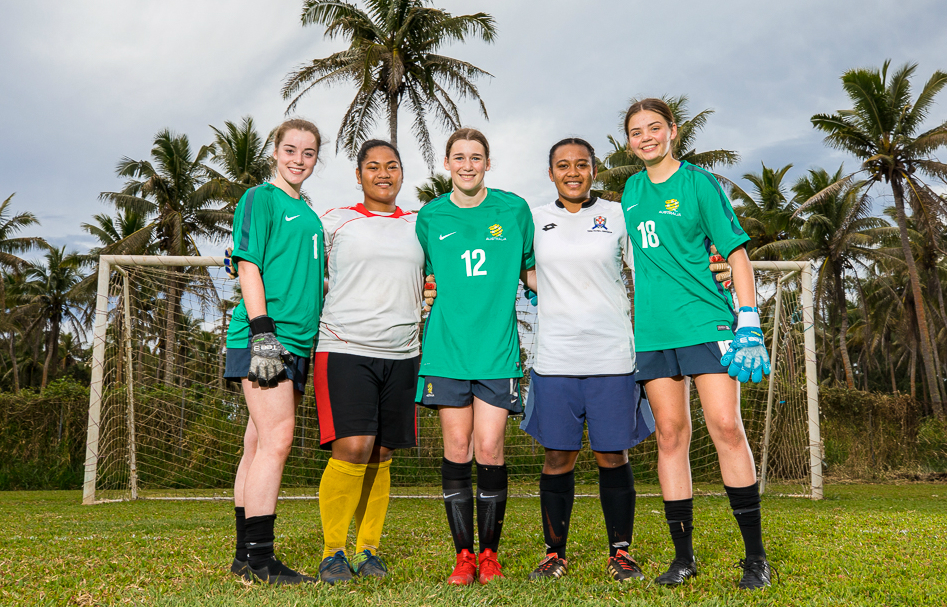 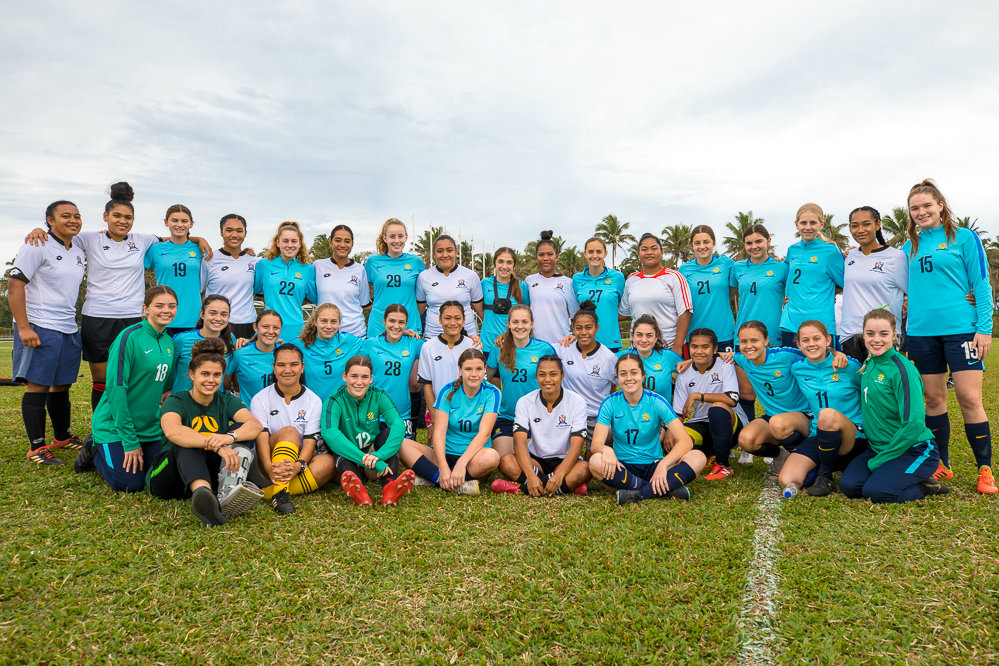