Considering his background as a maths and physical education teacher, there is little surprise that Tony Gustavsson has developed into the conscientious mentor he is today.

On top of his first passion of education, you would struggle to find an active coach in world football with a more diverse set of experiences under their belt.

Since falling into football management in a player/coach capacity at the age of 26, the 14th Head Coach of the Westfield Matildas has immersed himself at club and international level throughout women's and men's football.

With over 22 years of coaching experience under his belt, Gustavsson is itching to get started with the team, to get to know the players and staff, and to work towards success. In this podcast, Gustavsson provides insight into his people style, pitch style and passion for developing well-rounded individuals.

You can listen to the full Tony Gustavsson podcast in the player below.

You can also listen and subscribe on Apple Podcasts, Google Play & Spotify.

Speaking on the Westfield Matildas Podcast, Tony provided a powerful insight into the rich footballing and life experiences that have seen him develop into the man he is today.

"I think it might be connected to how I am born and raised," he reflected.

I think I've learned that for me there's different ways of looking at success."

The Swedish mentor openly admits that his experiences in football have taught him some valuable lessons over the years.

"I do think that previously in my coaching career, I was young and ambitious," he recalled.

"Then you just overwhelm the players with these thousands of words, different drills and different tactics and all of a sudden you realise you've shot over the goal because you didn't simplify it.

"And I think there's a nice Einstein quote out there somewhere where,'if you can't explain it simply,  you don't know it well enough.'"

While an evident concern for the emotional side of the game may link strongly with Tony's physical education background, his passion for mathematics emerges through how he discusses the tactical side of the game.

Gustavsson's time with the US Women's National Team, where he won two FIFA World Cups and an Olympic Gold Medal, exemplifies this desire and ability to build a squad that is ahead of the curve. 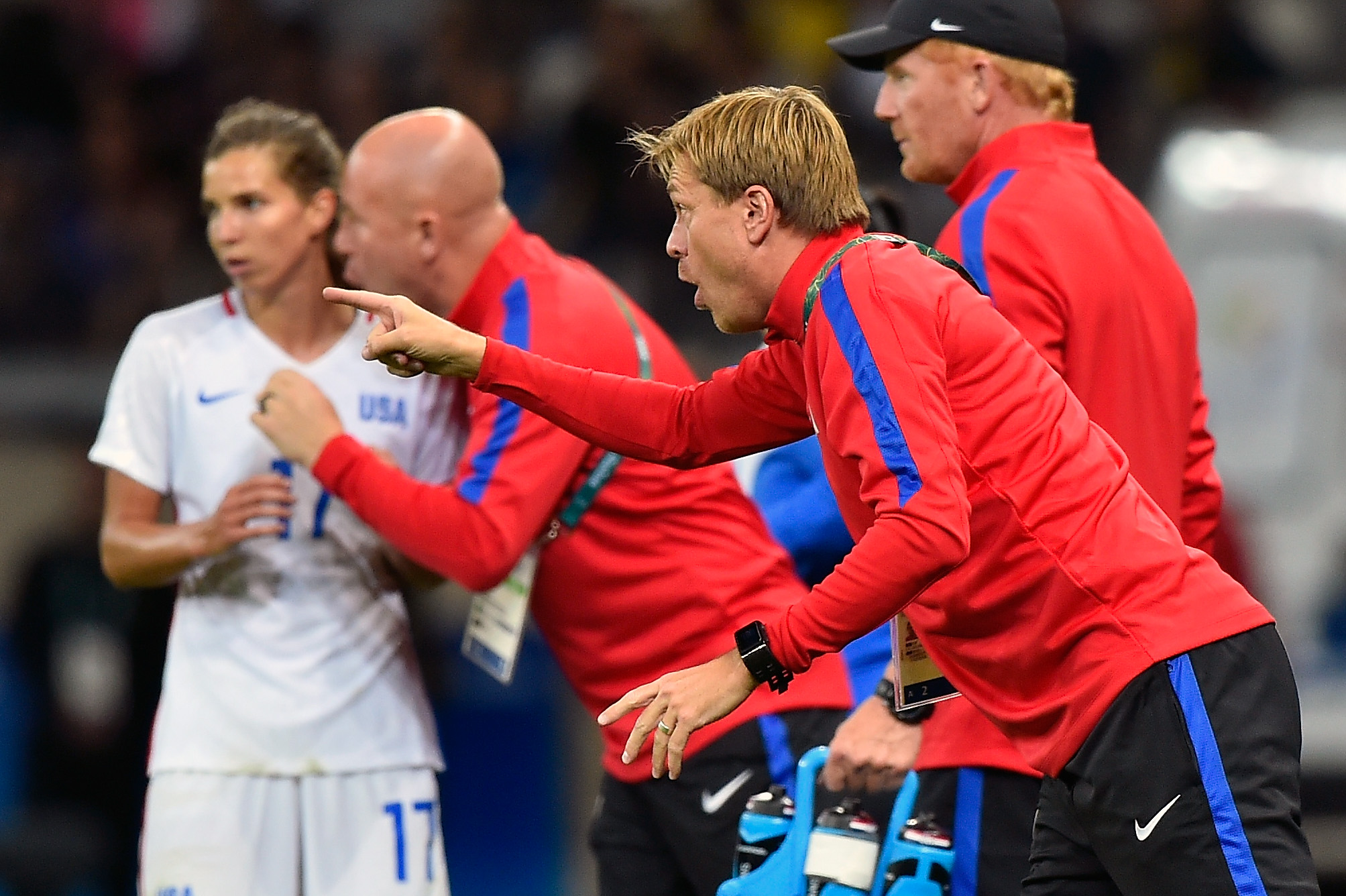 "So, again, I might not always succeed but my mindset is already there - I want to be at the forefront.

I want to know what are the trends in the game where is it heading. For example, two years ahead of the World Cup in 2019, I posed a question and said, 'what will the game look like two years from now and what will be the key performance indicators that dictate the winning or losing team?'

With this lofty goal in mind, Gustavsson is encouraging an open dialogue to push Australian football forward with the all-important carrot of the 2023 FIFA Women's World Cup dangling on the horizon.

"Now I ask the same question for 2023, which I would love to discuss with everyone out there that can teach me something," he explained.

"To be part of that discussion around where is the game going and who would be in the forefront to set those trends; I would love for us to be that team.

"I get inspired by a lot of much smarter and more experienced people than I am and read a lot and try to talk to people and getting to pick their brains and learn from them.

"A legendary US basketball coach by the name of John Wooden said 'success is peace of mind with satisfaction', in order to become the best you're capable of becoming.

We can only affect what's now and do the best here and now and by doing that we can then look back and say 'you know what, I did everything within my power to do the best I could.'

"This will help our possibility to get the results, but also create something bigger than the results, in this case, legacy."

Through hearing his story, it becomes clear that Gustavsson's path through life is what underpins his profound desire to leave an ever-lasting legacy for women's football in Australia and our nation's wider sporting environment.

"If we can get everyone included that is connected to the Matildas to get a sense of not just inspiring a generation but also uniting a nation," he said.