A 3-0 loss in front of a record-breaking home crowd wasn't part of the plan for CommBank Matildas head coach Tony Gustavsson, but, post-match, he shared the method behind his tactics.

One of Gustavsson's most talked-about decisions was starting teenagers, Courtney Nevin and debutant, Jessica Nash in defence against the USWNT on Saturday.

"We need depth in the back-line and we need to look at players and be brave enough to actually get them into these types of games," Gustavsson said.

"Normally, if this was 15 years ago and I was coaching, I'd probably give them 10 minutes at the end when we'd either won or lost the game.

READ: Simon and CommBank Matildas determined to bounce back after illness-marred preparations

"But those minutes are not at the same value as having a record crowd, the US in front of you, in the stadium that's going to hold the World Cup final. To be able to deal with that, in that environment, is what we need," he explained.

Gustavsson also shared the reasoning behind his strategy of treating these friendlies as though they were a World Cup final." 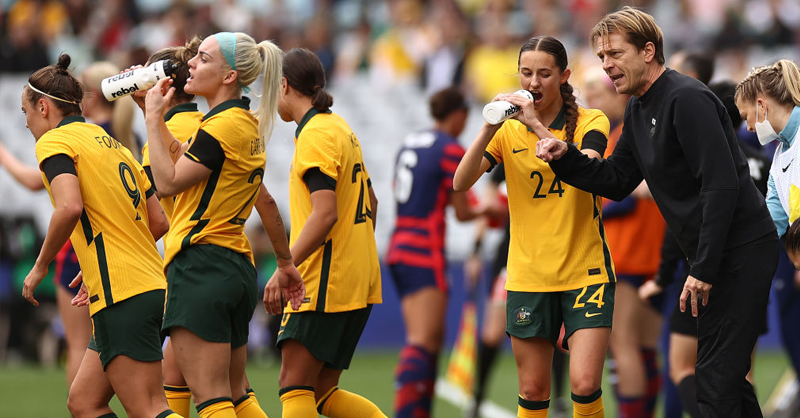 "I think we're winning the game in between the boxes […] but then, when you look at the actual finishing, they win the finishing game by 14 to 11, and the score-line was three-nil," he continued.

"So where are games won or lost? It's how you convert those penalty entries to chances and conversion rate in scoring and they were much more clinical than us in that area.

"I'm happy with the game in between the boxes, but we have a lot of learnings to take inside the boxes from today."