Matildas wrap: Did Williams make the biggest save of the season?

Lydia Williams has made 32 saves for Melbourne City this season. This was an absolutely golden one.

At times this season Williams' role safeguarding the City net has been reduced to that of a mere spectator given the dominance of Rado Vidosic's side.

The Westfield Matildas veteran has demonstrated that concentration of the highest order is required at all times throughout, and she was called into action at several key points in Saturday's Grand Final win against Sydney FC.

None were more crucial than an excellent save to push away Princess Ibni's effort from close range when it appeared the Young Matilda and Sky Blues starlet was poised to seal a late equaliser for Sydney.

A huge stop, one which ensured City finished the campaign unbeaten and with the Premiership and Championship in their grasp.

How did the other Westfield Matildas fare in Saturday's 2020 Westfield W-League Grand Final? Read on to find out!

Carpenter capped a remarkable season with another standout display at AAMI Park.

The driving force behind City's Semi Final thrashing of Western Sydney Wanderers, Carpenter did not enjoy as much space on this occasion but still managed to carve out some impressive attacking moments for the Bundoora club.

However, it was the defensive side of the teenager's game that proved most influential. She made two out of four tackles, three interceptions and 12 out of 18 duels won - and managed to make a telling goal-line clearance to prevent Veronica Latsko from equalising early in the second half.

Catley provided the Grand Final winner - albeit a fortunate strike which Sydney FC 'keeper Aubrey Bledsoe spilled - but it was fitting for a player who has led City with the utmost distinction again throughout 2019/20.

She was a constant threat from the left-wing back position where she has terrorised defences from all season, and put her body on the line at the back, although she may have been culpable for the concession of a penalty for handball on another day, when Sofia Huerta's cross smacked her arm in the 36th minute.

Catley, as she has done regularly this campaign, was the City player with the most touches of the ball (102).

The Westfield Matildas duo were neat, tidy and effective. Luik made four interceptions and combined excellently with City's threats from wide, most notably seen in the build up to a great chance for Kyah Simon close to the hour mark.

Meanwhile, van Egmond was hugely involved in all action, the kind of display fans have come to expect of the Novocastrian this season, and one which resulted in her clinching her first Championship.

She took five shots, including a half volley from distance that was gathered well by Bledsoe and was involved in the assist for Catley's goal with a nice give and go.

It was clear from the off that Simon was hungry to mark a comeback year on the fitness front with the Championship.

A superb display was highlighted by an outstandingly tenacious run that almost ended with one of the goals of the season (yes, we'll give you the benefit of the doubt, Kyah!) when her shot bounced off the crossbar after slaloming past defenders on the right.

An all-action performance should have produced a deserved goal in the 57th minute after a lovely dummy and exchange with Claire Emslie, but she could not steer her finish past Bledsoe.

Kennedy was unable to add another Championship to her personal catalogue but it was a fine display from the centre back.

She won three of three tackles, seven of 12 duels, made three interceptions and two clearances in a classy performance from defence. 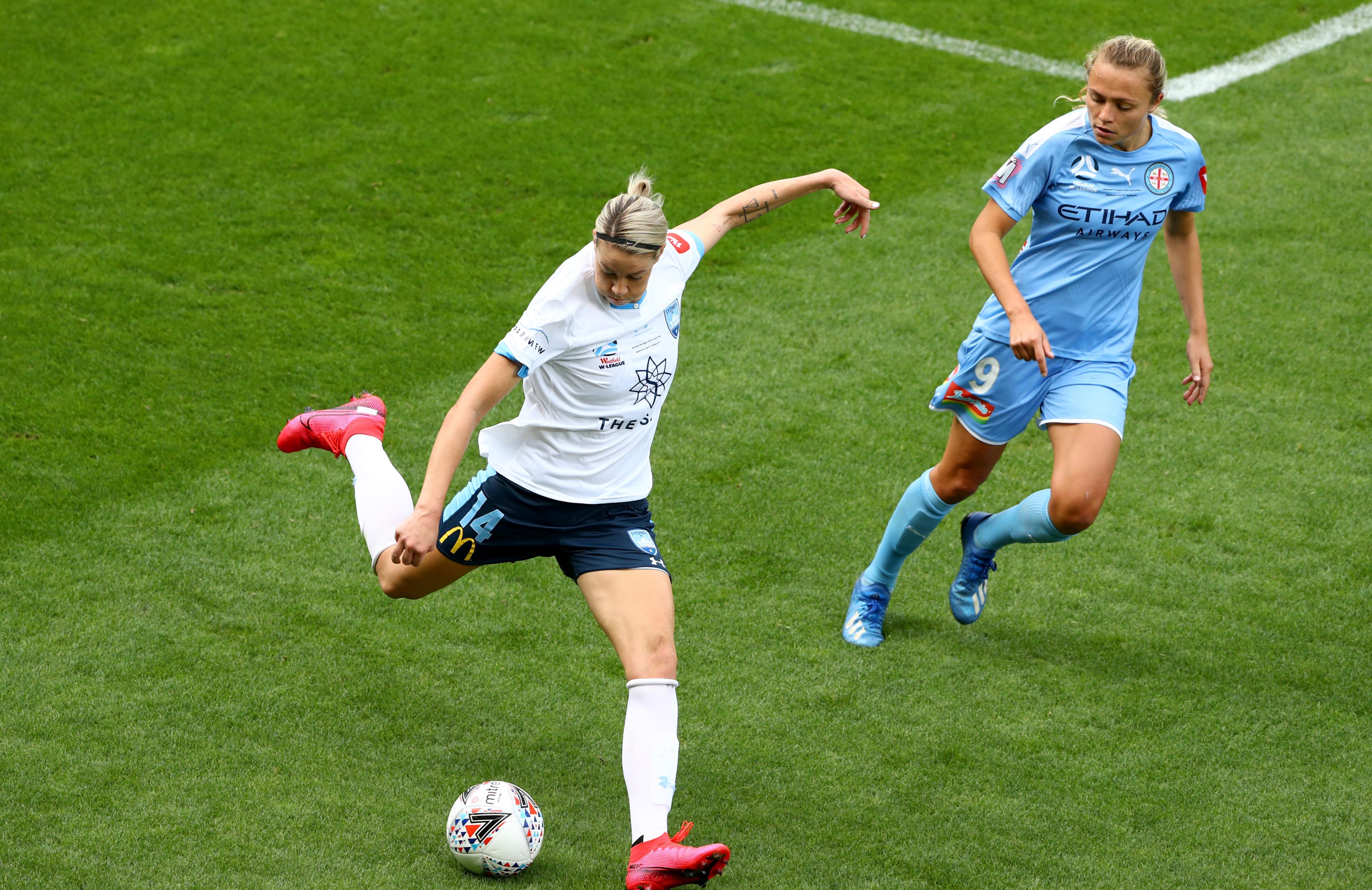